(Minghui.org) The 2018 Mid-US Falun Dafa Experience Sharing Conference took place in Chicago on July 22, 2018. Nineteen practitioners spoke at the conference and talked about how they improved their character based on the principles of Falun Dafa. 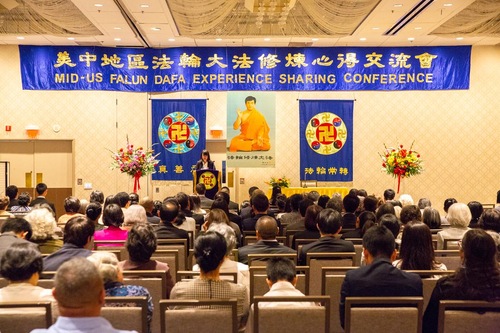 Many attendees said that the speeches were sincere and touching and could significantly help their own cultivation. 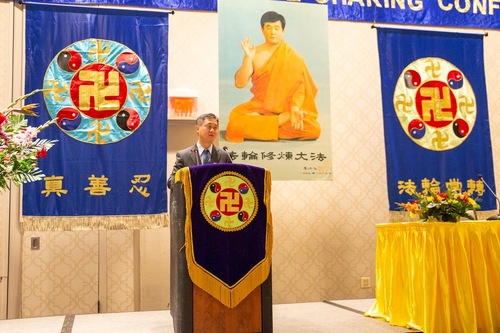 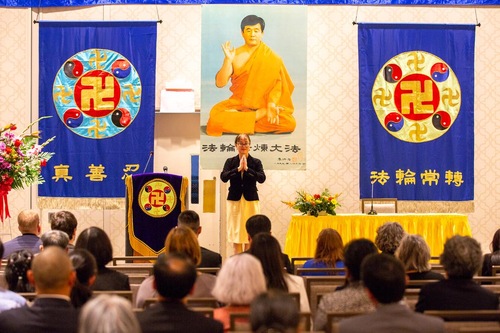 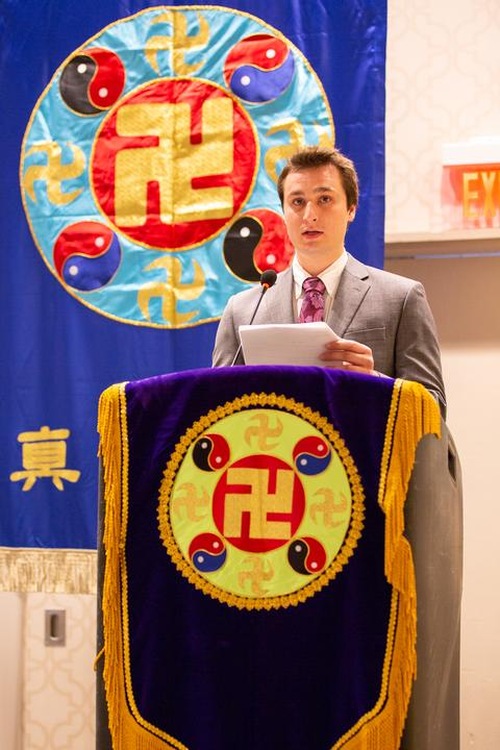 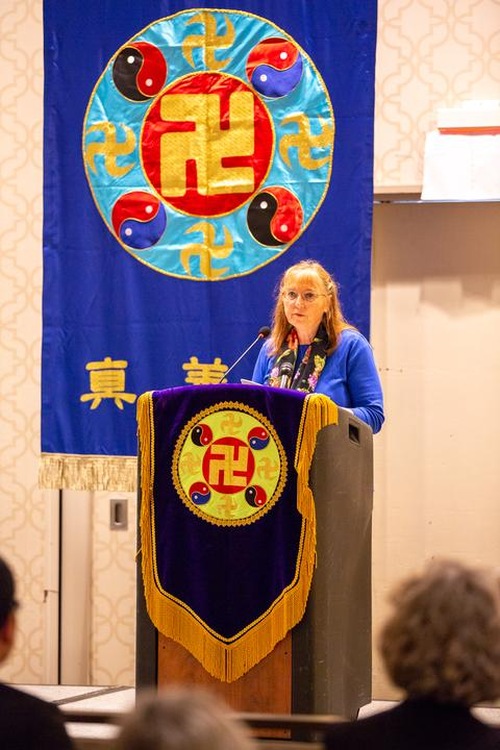 Mr. Xu discussed his experience of coordinating Shen Yun performances in his local region. He paid attention to subtle changes in his mind as he arranged hosting by local practitioners, asked other regions for support, and changed performance dates to accommodate other cities. With strong faith in Dafa, he was able to let go of personal gain and improve in cultivation practice.

“From this, I learned it is part of my cultivation path. Namely, it is a test of whether I validate myself or validate Dafa. In addition, by working with other practitioners under the intense pressure and improving together, I also felt the great compassion from Master,” he explained.

Ms. He works in sales and customer support, where she found herself performing far better than her peers. Seeing her coworkers struggling, she planned to help them but did not do so because of selfishness. By comparing herself with the Dafa principles of Truthfulness-Compassion-Forbearance, she saw her attachment to material interest and jealousy.

After letting go of these notions, she proactively helped others with their work. One coworker noticed that Ms. He counted her own sales toward a peer. She was touched and later began learning Dafa and watching the exercise instruction video. Some other coworkers were also impressed by her kindness and were eager to learn Dafa.

Ms. Wang once contacted a university with concerns that the Chinese Communist Party (CCP) was exporting its ideology by establishing Confucius Institutes on Western campuses. One university official replied negatively and sternly. To help him and other officials who had been misled by CCP propaganda, Ms. Wang spent a lot of time preparing for communications with them. Following the principles of Falun Dafa, she did not argue with them but instead explained the facts to them, hoping they could think rationally. “From this, I came to understand that only by following the principles of Truthfulness-Compassion-Forbearance can we see the power of Dafa,” she said.

Several young practitioners talked about their own challenges and understandings. Ms. Zhang, a college student, has practiced Dafa since childhood. Nonetheless, she felt it was forced upon her by her mother instead of her own idea. When she attended the 2016 New York Experience Sharing Conference, she heard Master's lecture and was very touched. When studying Dafa books that evening, she was able to see other dimensions and was deeply moved.

Since then, she has spent a lot of time studying the Fa, doing the exercises, and going to tourist attractions to tell visitors about Dafa and its persecution in China. Despite being misunderstood and even humiliated by tourists, she was able to continually improve her mind nature and said she felt fortunate to be a Dafa disciple. With many things to do for school and social occasions, she said it is important to remain determined in cultivation and step forward to validate the Fa.

Graduate student Mr. Wang also began to practice Falun Dafa with his mother when he was young. After the persecution started, he stopped because of fear. Seeing his mother healthy and happy every day, he was curious and planned to resume his practice of Dafa. One night, he saw the Heavenly Gate open and many elegantly dressed heavenly maidens come out. He was touched by the vision and decided to resume practicing.

After arriving in the United States, he helped with Shen Yun promotion and other activities to tell people about Dafa. “Throughout this process, I learned a lot, such as letting go of the attachment to comfort and resentment toward others. I am so fortunate to have become a Fa-rectification Period Dafa disciple,” he added.

Ryan started to practice Falun Dafa in 2003. “At that time, every time when I watched television, a program named 'Pure Heart' would pop up. I did not pay attention to it in the beginning, but this repeated for several weeks, and I could not ignore it. Interestingly, it was not on the program list. Because I was interested in meditation, I began to follow the program to do the exercises,” he recalled.

The reaction was strong, and his entire body changed: his skin became smoother, he was in better shape, and his walking became more agile, as if someone was pushing him from the back. His work and family all benefited from his practice of Dafa.

Jeanmarie first heard about Dafa from a public television channel and was curious. “I knew Master and Falun Dafa are special. I later joined the Falun Dafa workshop in my city. But it was not until 2005 that I obtained a copy of Zhuan Falun and truly became a practitioner,” she recalled. She has benefited a lot from the practice. Her symptoms of cancer also disappeared.

Jasha started practicing Dafa five years ago. However, he felt that Master was already guiding him well before that. When he attended a university event one day, he had a simple thought, “I hope to find a cultivation way that can truly guide me toward high levels. Other than that, I want nothing else.” Shortly after that, he saw a yellow paper on a table with the words, ''Come and learn an ancient meditation practice—Falun Gong.” He returned home and called a number on the paper. He has since begun to practice Falun Dafa and read Zhuan Falun.

“I am so thankful to Master for introducing Falun Dafa to us. This is great and can truly help us practice and reach Consummation,” he said.