The “anti-torture exhibit” provided a tangible view of the persecution. Many locals supported ending the persecution and offered to share the information. Some Chinese tourists quit the CCP and its affiliated organizations. The event was held in front of the Ferry Building and at the nearby shopping plaza on July 21.

Xu Youfu recorded the anti-torture exhibit and Falun Gong exercise demonstrations and quit the CCP. He asked many questions, such as: “Is Falun Gong effective? Why does the CCP kill Falun Gong practitioners for their organs? Why is it important that I quit the CCP and its organizations?”

By chatting with practitioners, he learned that over 100 million people practice Falun Gong. Killing them for their organs is another way to persecute them and also the CCP's way of profiting from them. The reason it is important to quit the CCP is to sever ties with it and thereby avoid incurring retribution when it collapses. 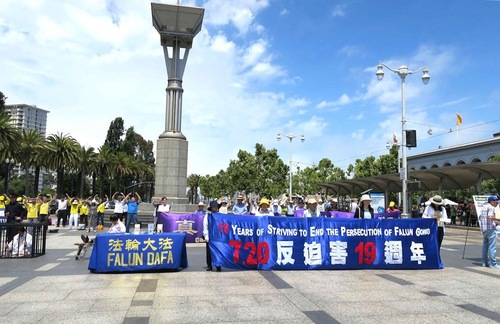 Falun Gong practitioners reenacted torture methods used in the persecution in China in front of the Ferry Building in San Francisco on July 21. 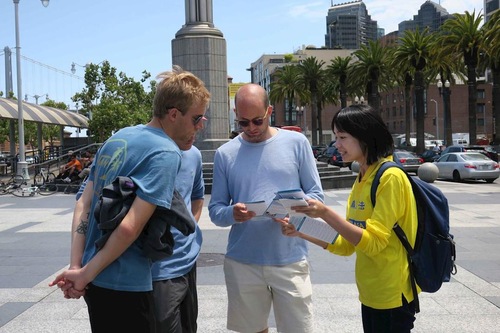 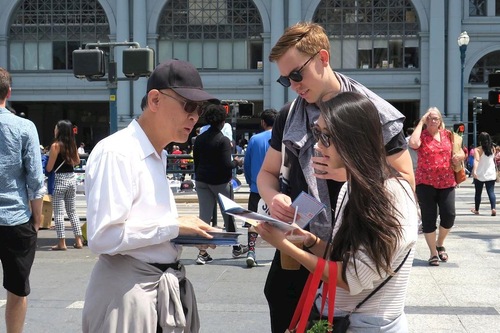 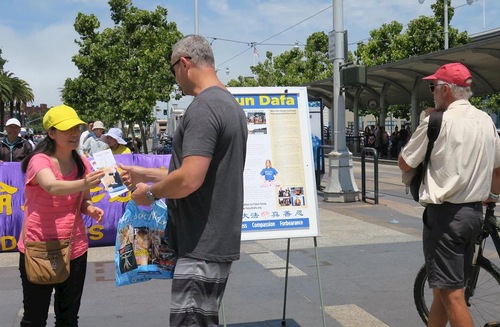 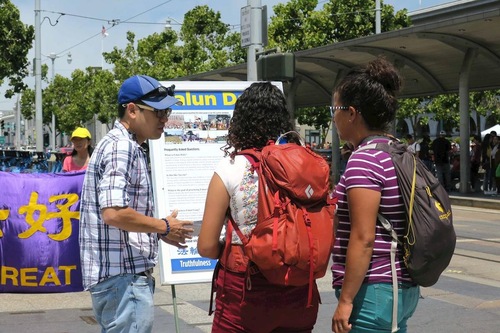 Passersby spoke with Falun Gong practitioners to learn about the persecution. 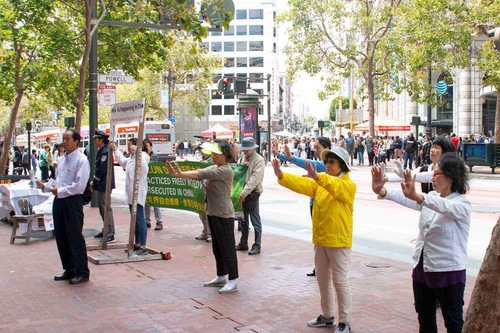 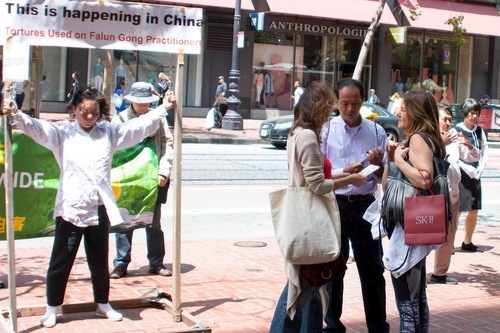 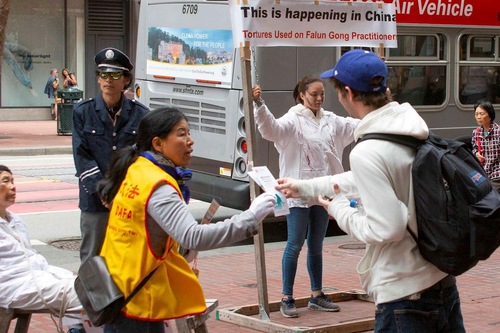 Raising awareness at the shopping plaza

“Thank you for informing us. What can we do?” 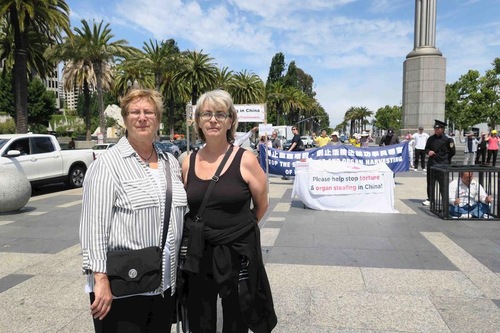 Donna and Laura learned about the persecution in China and asked, “What can we do?”

Donna and Laura from Wisconsin were taken aback by the anti-torture exhibit. Donna believed that the principles of Truthfulness-Compassion-Forbearance would be able to change the world and leave no room for hatred or evil dictators. She said that killing Falun Gong practitioners for their organs was too horrific for anyone to be indifferent about. She offered to sign the petition to end the persecution.

Both Donna and Laura thanked practitioners for telling them about the persecution and said that they would spread the information to further expose the crimes. 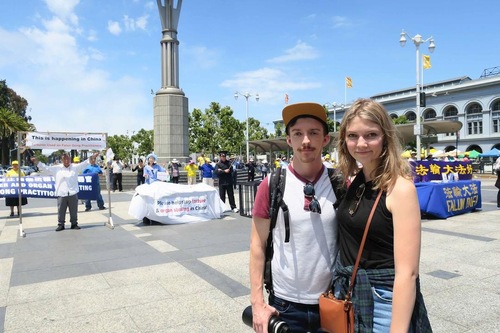 Fidney Porter passed by the exhibit twice. She said that she had different feelings each time. The first time, she was shocked by the tortures and thought that the persecution was horrible. The second time, she saw the exercise demonstration and was attracted by the peaceful atmosphere. She said, “I wanted to find out about this group of kind people and what is really going on in China.”

Fidney described the coexistence of Falun Gong and the tortures as “the extremes of kindness and evil.”

Nethar William heard about the persecution in China for the first time. Both Nethar and Fidney agreed on the importance of the values Truthfulness-Compassion-Forbearance. They said that they could sense the compassion and forbearance displayed at the event. They were heartbroken to know that Falun Gong practitioners are persecuted in China but also admired their efforts to peacefully resist the persecution. 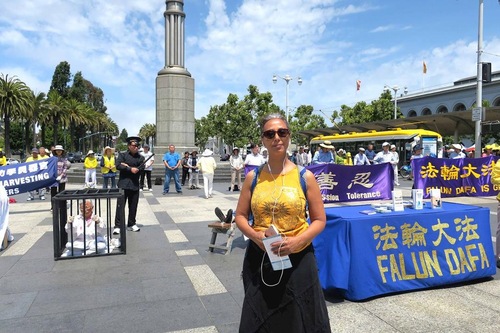 Delilah Soto and her friend Ashlee Fastano asked to sign the petition to end the persecution. They both condemned the crime of killing practitioners for their organs and said that learning about the facts pained their heart.

David Walker and Marquis Engle watched the torture reenactment and said that they could relate: “Even though we are not being physically persecuted, we can feel the hatred from the Chinese communist regime.”

They hugged the practitioners to say goodbye.

Wilson Kent had tried to learn the Falun Gong exercises via instructions on the Internet. He said it was a nice experience. He said that the persecution was ridiculous. 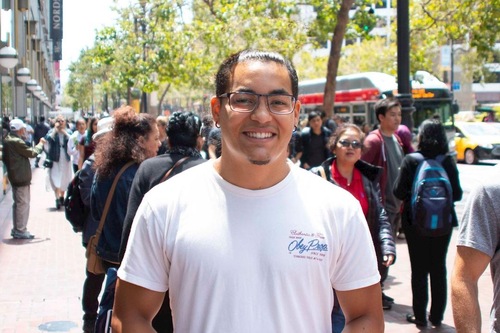 Bartender Marcus Lomes had done some research about Falun Gong. He said that the persecution was terrible. He saw that the Chinese communist regime put price tags on organs. “Today's activity is having an impact. I'm glad to see you here. Please continue your efforts so that more people can know about this!”