(Minghui.org) “July 20 represents a dark day in religious freedom. On this date 19 years ago, the Chinese communist regime launched an unprecedented attack on members of the Falun Gong faith, not because these individuals pose any threat to the nation or fellow citizens, but because the tenets of their faith--Truthfulness, Compassion, and Forbearance--were found to be in stark contrast to the falseness, evilness, and doctrine of struggle embodied by the communist regime.”

Alan Adler, the director of “Friends of Falun Gong,” said those words at the rally in front of the Washington Monument on Monday, which called for the end of the 19-year-long persecution.

Falun Gong practitioners from the greater Washington DC area and supporters attended the rally and condemned the persecution, especially the state-sanctioned organ harvesting in China. 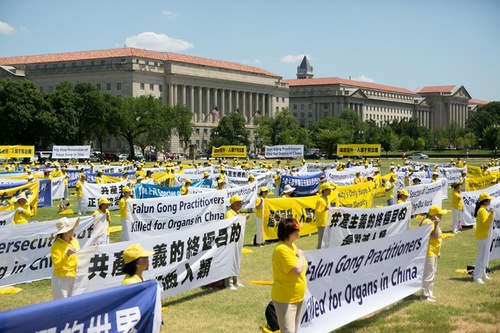 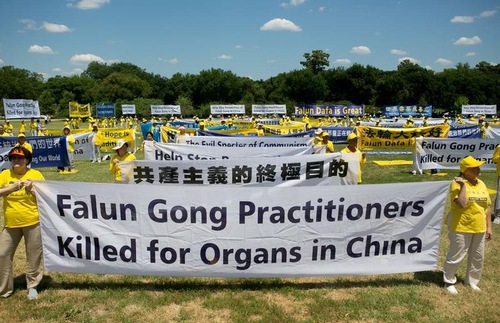 The rally at the Washington Monument 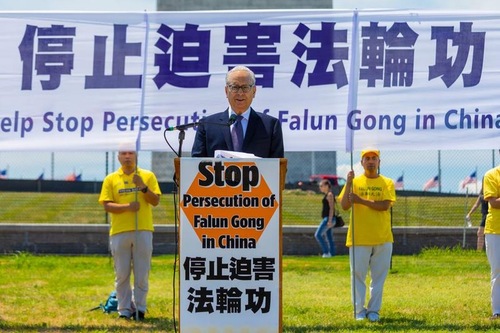 Alan Adler speaking at the rally

Faith McDonnell, who is with the Institute on Religion and Democracy, praised Falun Gong practitioners for exposing the persecution and raising awareness of this human rights crisis. 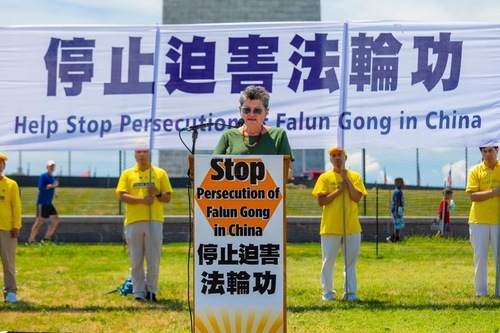 Faith McDonnell called upon human rights activists to fight for those who are being persecuted in China.

William Murray, Chairman of the Religious Freedom Coalition, said in his speech that people of faith are facing persecution in China. Those most affected are the Falun Gong practitioners. 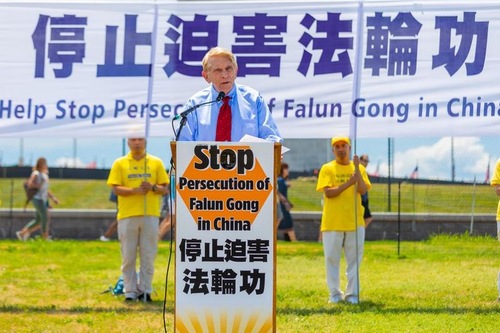 “With regard to Falun Gong practitioners, Christians in China, regardless whether they are members of registered or unregistered churches, should keep in mind the words of Martin Niemöller, a prominent Protestant father and pastor and outspoken critic of Adolf Hitler, who spent seven years of the Nazi rule inside concentration camps.

She said: “We see the same false scientific foundation of invented mental illness diagnosis that was used in Nazi Germany [being] used to rationalize terror tactics, torture, and clinicide of the Falun Gong practitioners in China’s psychiatric hospitals.

“Independent research has found that Falun Gong practitioners are incarcerated in psychiatric custodial facilities based on these psychiatric diagnoses to justify their indefinite incarceration without trial. They are forcibly injected with psychotropic drugs, receive mass amounts of electrical shock through acupuncture needles, endure forced sleep deprivation, and are tied up for long periods of time.

“Psychological coercion and psychiatric drugs are used to weaken them and force them to recant Falun Gong. A United Nations representative found that Falun Gong practitioners have died as a result of severe ill-treatment, stating that the cruelty and brutality of these alleged acts of torture defy description.” 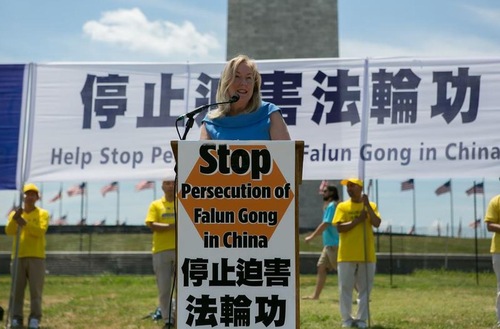 Dr. Linda Lagemann said: “It's also been discovered that over 150 Chinese hospitals are known to use torture against Falun Gong practitioners. These are unconscionable atrocities and require immediate actions.”

She concluded: “That accountability must include those psychiatrists responsible for overseeing brutal treatment and potentially even officials within the Chinese Society of Psychiatry.”

David Cleveland, an attorney with Catholic Charities of Washington, compared organ transplants in China and America. He pointed out that the Chinese hospitals are able to find a match for patients in a few days or weeks, whereas the waiting time in America can be months or years. 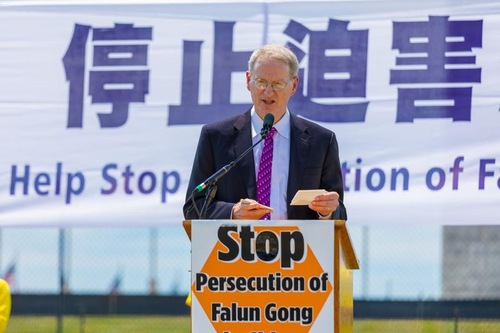 David Cleveland said that, due to the lack of a donation system, most organs come from prisoners of conscience, especially Falun Gong practitioners.

Cleveland mentioned that the states of Missouri and Arizona have passed resolutions condemning the forced organ harvesting in China and asking the federal government to conduct investigations.

Dr. Zhang Yuhua called upon American lawmakers and the government to help rescue her husband, Mr. Ma Zhenyu, an engineer in Nanjing.

Mr. Ma Zhenyu was recently sentenced to three years. He was arrested and sentenced before and spent seven years in total in prison, where he was physically tortured. 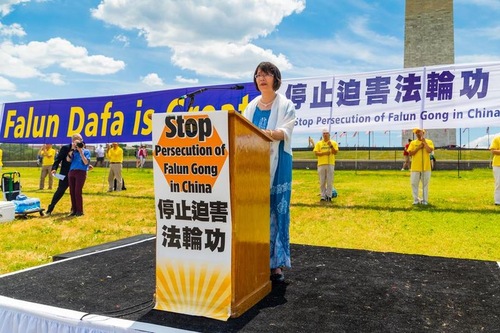 Dr. Zhang Yuhua said the police claimed that her husband would die in prison this time.

Dr. Zhang herself was persecuted in China before she escaped to America. She was arrested in China in November 2011, and taken to a forced labor camp in January 2012. While she was held in a hospital, the police injected her with unidentified drugs, which made her muscles and tongue stiff and sped up her heart rate. She lost consciousness due to the pain.

“Thoughts after Participating in a Hong Kong Parade”