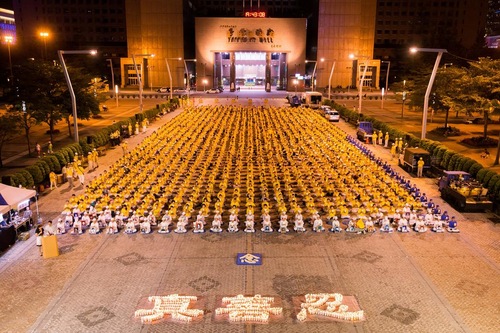 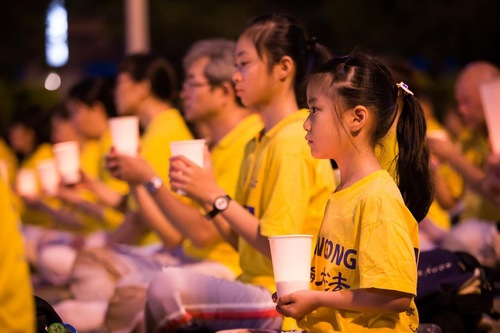 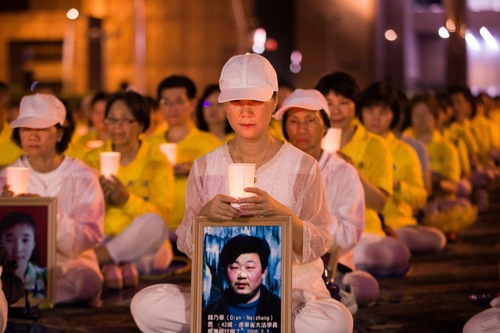 Falun Gong practitioners held a candlelight vigil in front of the Taipei City Hall on July 14, 2018. 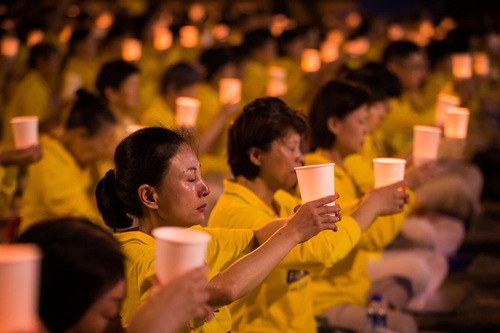 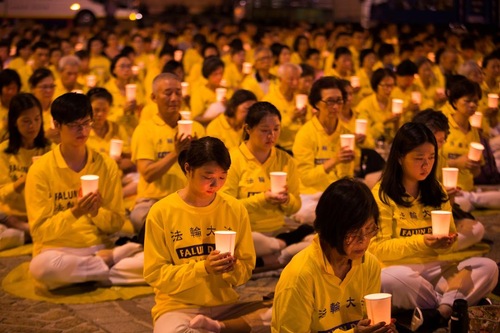 For 19 years, Falun Gong practitioners have stood strong for their belief in Truthfulness-Compassion-Forbearance. 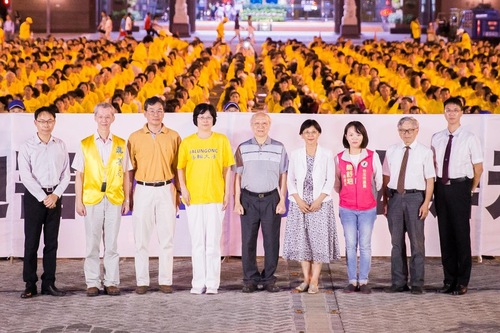 A group photo of guest speakers at the candlelight vigil on July 14, 2018.

“The persecution is brutal and evil. Over 4,236 verified deaths occurred during the 19 years of persecution. Hundreds of thousands of Falun Gong practitioners were tortured, or forced to be homeless, or lost their jobs or schooling. Some were even killed for their organs,” said Ms. Zhang Jinhua, chairman of the Falun Dafa Association in Taiwan. 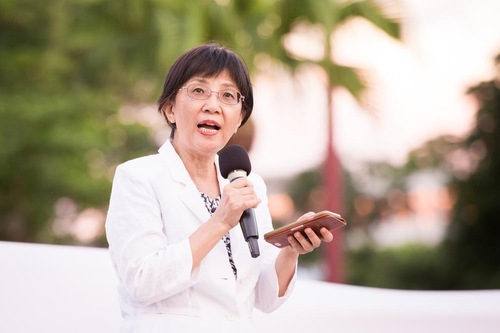 Ms. Zhang vowed to continue to raise awareness of the persecution until it ends. 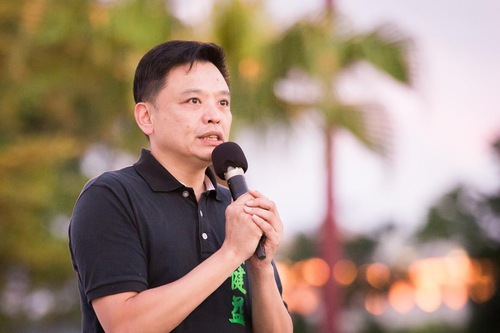 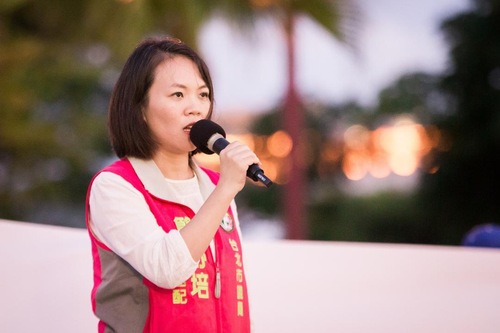 Taipei City Councilor Jian Shupei said that it was unacceptable that the Chinese Communist Party killed Falun Gong practitioners and attempted to silence others.

She posted pictures of the candlelight vigil on her Facebook page and stated, “Tonight, I participated in the press conference commemorating Falun Gong practitioners' 19-year peaceful resistance to the persecution in China... I will firmly stand by Falun Gong practitioners and continue to voice support for human rights, freedom, and democracy.”

Human Rights Lawyer: We All Should Step Forward 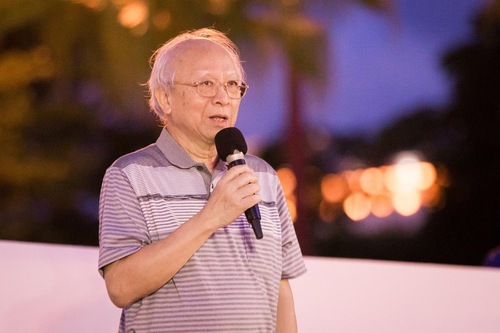 Mr. Guo Jiren, representative from the Taiwan Support China Human Rights Lawyers Network, said, “For over 10 years, many lawyers in China defended Falun Gong practitioners. This is remarkable! Lawyers in China encourage me and inspire me.

“They are risking their lives. And we enjoy the freedom (in Taiwan). We all have responsibilities to step forward to resist the Chinese Communist Party. The fact that Taiwan has freedom today doesn't mean that it may not be at risk. Taiwan may be the first victim if mainland China cannot merge with the universal values.” 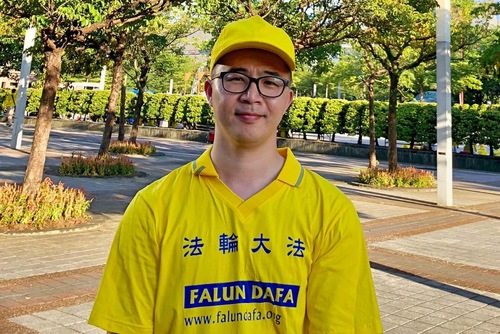 Local entrepreneur Huang Guanjie said that the Falun Gong issue was relevant to all. The persecution of Falun Gong in China might affect Taiwan one day if Taiwanese did nothing to stop it. 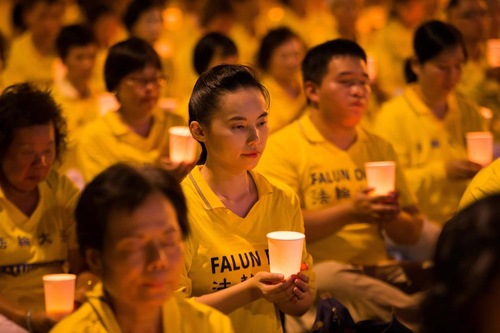 Li Huiru (center) joined the event to raise awareness about the persecution and hoped to gather goodwill to support Truthfulness-Compassion-Forbearance and end the persecution in China.