(Minghui.org) Falun Gong (also called Falun Dafa) practitioners in Michigan participated in the 94th Memorial Day Parade in Dearborn Michigan on May 28, 2018. Falun Gong was the only Chinese American group invited to the parade, one of the largest in the United States, and the oldest ongoing parade in Michigan. 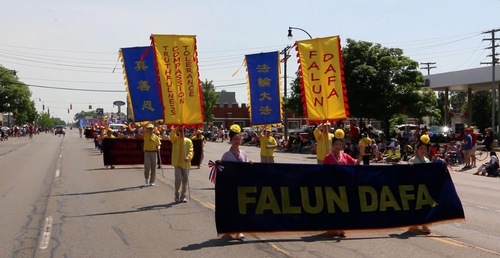 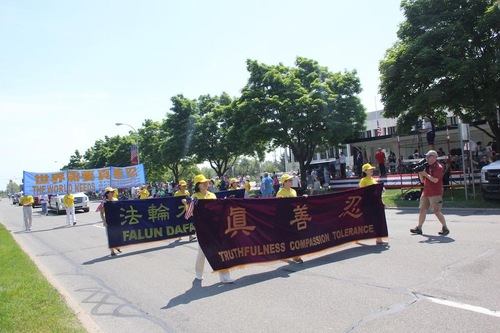 Falun Gong procession passes the central stage and a videographer from City of Dearborn Television.

The Falun Gong procession included a flag alignment, a Tang Dynasty drum troupe, a large lotus flower float, and an exercise-demonstration team. Their flags read, “Falun Dafa,” and “Truthfulness-Compassion-Tolerance” in both Chinese and English. Spectators rewarded practitioners with warm applause and cheers. Some people asked, “What is Falun Dafa?” Practitioners distributed introductory brochures to people along the parade route, and answered their questions. 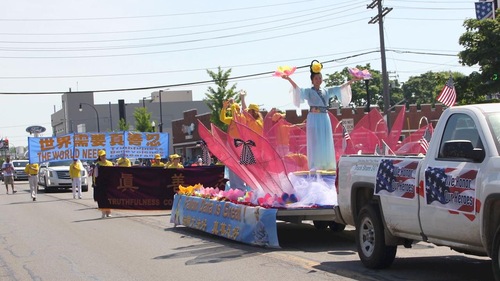 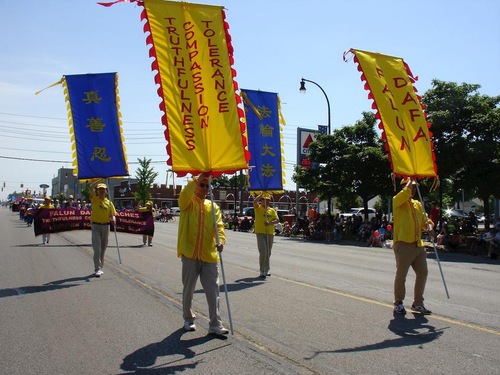 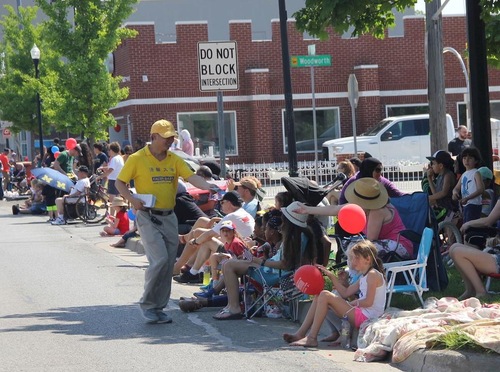 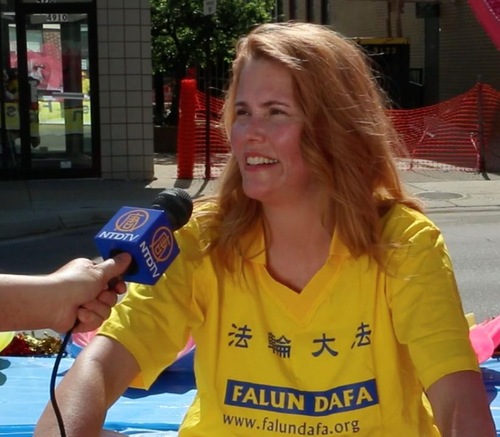 Mary Manthey, a Falun Gong practitioner from Ann Arbor, demonstrated the third exercise on the float. She was happy to see spectators enjoyed the Falun Gong procession.

World War II veteran Mr. Peter Reckinger and his wife Mary watched the parade with their granddaughter Julia. Mary praised, “They [Falun Gong practitioners] look beautiful!” Peter added, “I was impressed with their message of peace. We need more things like this. The spiritual teachings [of Falun Gong] are my favorite. Every one of them looks so peaceful.” Julia also said, “Falun Gong is my favorite. It's pretty and relaxing!” 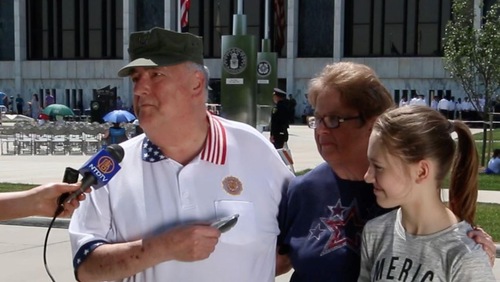 Local resident Kevin kept waving at the Falun Gong practitioners on Michigan Avenue. He said, “I remember this group from last year. That's how I heard about Falun Gong. It's good for your health and mind.”