(Minghui.org) This week, thousands of Falun Gong practitioners have assembled in Washington D.C., holding a series of activities to protest the 19-year-long persecution of Falun Gong in China. Their efforts are strongly supported by American elected representatives.

Twenty-eight lawmakers sent letters to Falun Gong practitioners, to express their support and condemn the persecution. 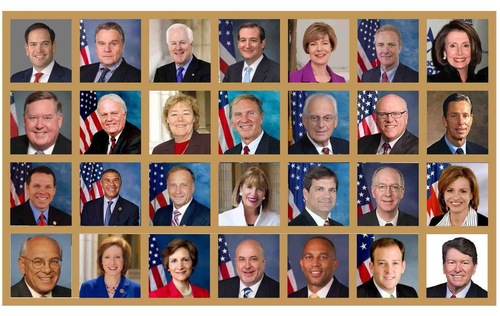 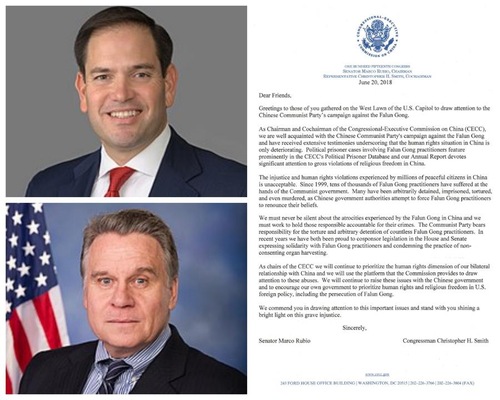 Sen. Marco Rubio (FL), the chair of the Congressional-Executive Commission on China (CECC), and Sen. Chris Smith (NJ), the co-chair of CECC, sent the letter jointly, in which the senators stated: “...we are well acquainted with the Chinese Communist Party's campaign against Falun Gong and have received extensive testimonies underscoring that the human rights situation in China is only deteriorating. Political prisoner cases involving Falun Gong practitioners feature prominently in the CECC's Political Prisoner Database and our Annual Report devotes significant attention to gross violations of religious freedom in China.” 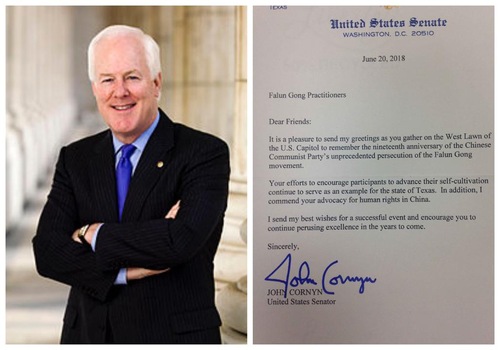 Sen. John Cornyn (TX) said in his letter: “Your efforts to encourage participants so advance their self-cultivation continue to serve as an example for the state of Texas. In addition, I commend your advocacy for human rights in China.” 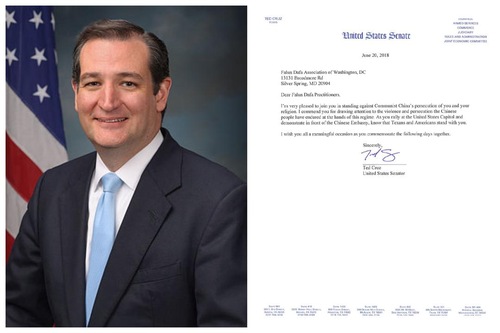 Sen. Ted Cruz (TX) is pleased to join practitioners in standing against the persecution of Falun Gong. 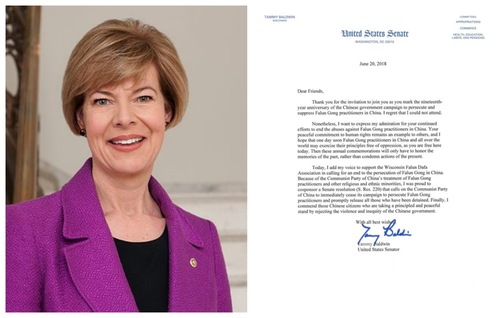 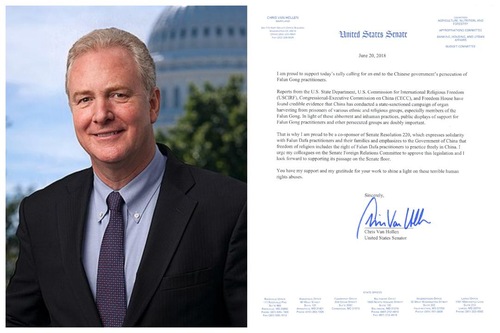 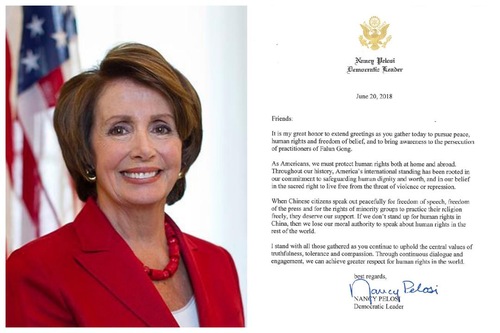 Sen. Nancy Pelosi (CA): “I stand with all those gathered as you continue to uphold the central values of truthfulness, tolerance and compassion.” Rep. Jim Sensenbrenner (WI) writes to practitioners in support of practitioners' “effort to end the Chinese Communist Party's years of persecution of the millions who exercises the spiritual practice of Falun Gong.” 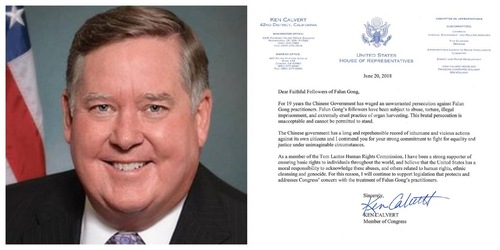 Rep. Ken Calvert (CA): “This brutal persecution is unacceptable and cannot be permitted to stand.” 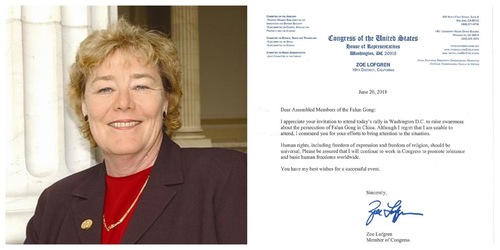 Rep. Zoe Lofgren (CA): “I will continue to work in Congress to promote tolerance and basic human freedoms worldwide.” Rep. Steve Chabot (OH): “I have come to appreciate your dedication to truthfulness, compassion, and tolerance.” Rep. Bill Pascrell Jr. (NJ): “The advocacy and awareness you are raising in protest against the discriminatory policies of the Chinese Communist Party is highly admirable.” Rep. Joseph Crowley (NY): “No one should be detained or imprisoned for their beliefs, whether in China or anywhere else.” 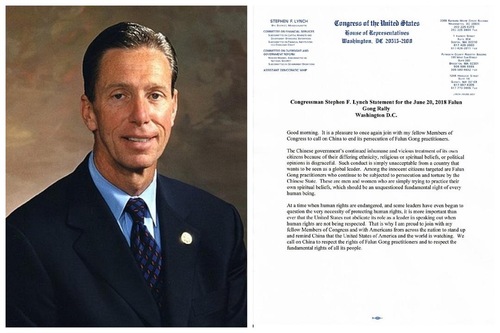 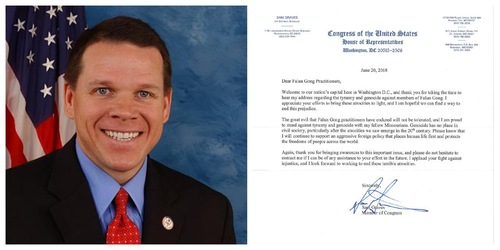 Rep. Sam Graves (MO): “I appreciate your efforts to bring these atrocities to light, and I am hopeful we can find a way to end this prejudice.” Rep. Steve King (IA): “I pray for a day when such atrocities will not only be unthinkable, but will be completely removed from the face of the Earth.” Rep. Jackie Speier (CA): “Thank you for gathering today to make your voices heard in the halls of Congress.” Rep. Gus Bilirakis (FL): “We must stand up to China and let them know that the United States will not ignore their crimes against humanity.” Rep. Bill Foster (IL): “I join you in urging the Chinese government to end its longtime practices of severe mistreatment, repression, and isolation of Falun Gong practitioners.” Rep. Lynn Jenkins (KS): “Today I join you in your call for the end of the 19-year persecution of Falun Gong practitioners in the People's Republic of China.” Rep. Paul Tonko (NY): “I admire the dedication of all those here today.” Rep. Suzanne Bonamici (OR): “We must continue sending a strong and unequivocal message around the world to both perpetrators and victims that the U.S. government is committed to ending this barbarous form of persecution.” Rep. Vicky Hartzler (MO): “It is absolutely imperative that these egregious violations of human decency come to an end.” Rep. Mark Pocan (WI): “I stand in solidarity with you in condemning the persecution of Falun Gong practitioners for nearly two decades.” Rep. John Faso (NY): “I would like to express our appreciation for Falun Dafa and their contributions to traditional Chinese culture.”

“How I Finally Negated the Persecution”