(Minghui.org) For May 13, 2018, the 26th anniversary of Falun Dafa's public introduction, Falun Dafa practitioners in Dallas gathered on the same day in Russell Creek Park in Plano, Texas to celebrate this special occasion.

Congressman Pete Sessions noted in his greeting letter, "Since Falun Dafa was introduced to the Dallas-Fort Worth area in 1996, many free introductory workshops have been held at city libraries and public parks, and several practitioners have participated in many community events."

He commended practitioners' efforts "to inform others about Falun Gong and to increase awareness of the persecution of practitioners of Falun Dafa in China." 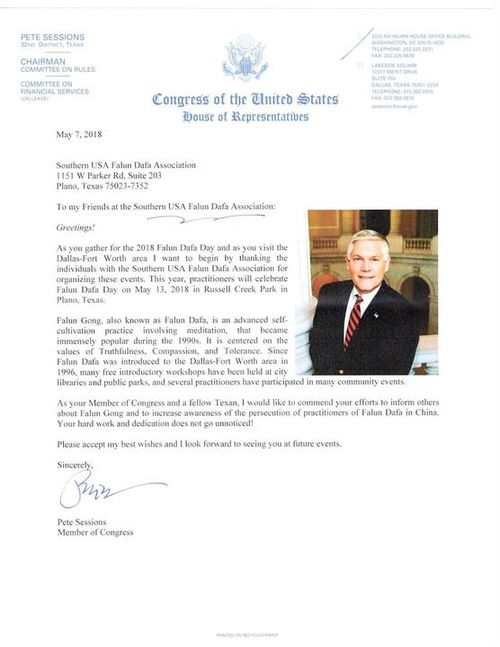 Senator Van Taylor stated in his resolution, "The Lone Star State is strengthened and enhanced by the diversity of the cultural traditions woven into its fabric, and it is indeed fitting to recognize Falun Dafa for the meaningful role it has played in the lives of countless Texans;..." 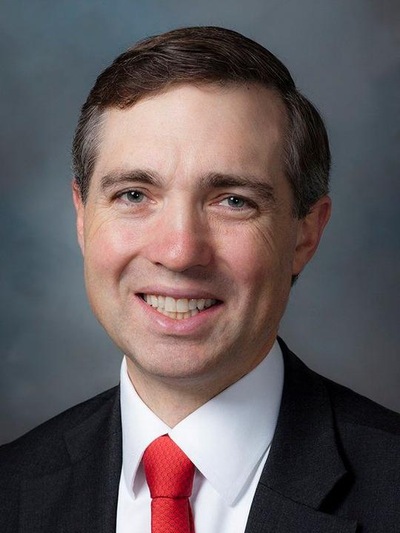 Van Taylor, Senator of the Sate of Texas 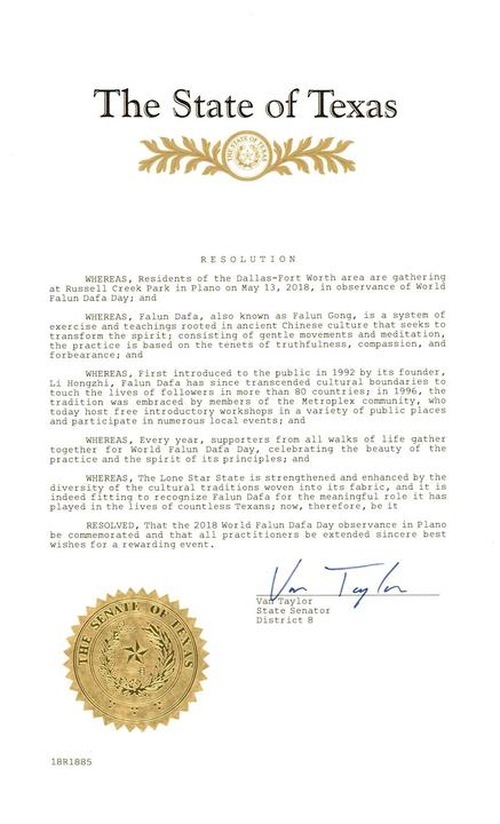 Mayor of the Town of Little Elm David Hillock issued a proclamation, and praised Falun Dafa practitioners, writing that their "determination and courage to stand up for Truthfulness-Compassion-Forbearance while facing severe persecution from the Chinese Communist Party has shown the world the value of life and the preciousness of human dignity." 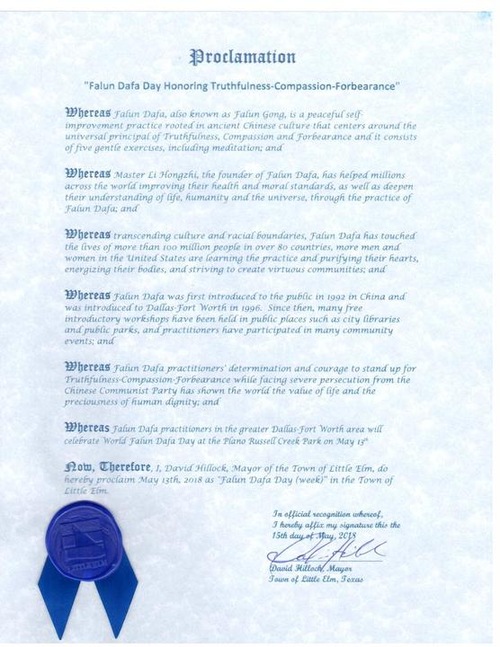 "Falun Dafa Day" is proclaimed in the Town of Little Elm, Texas.