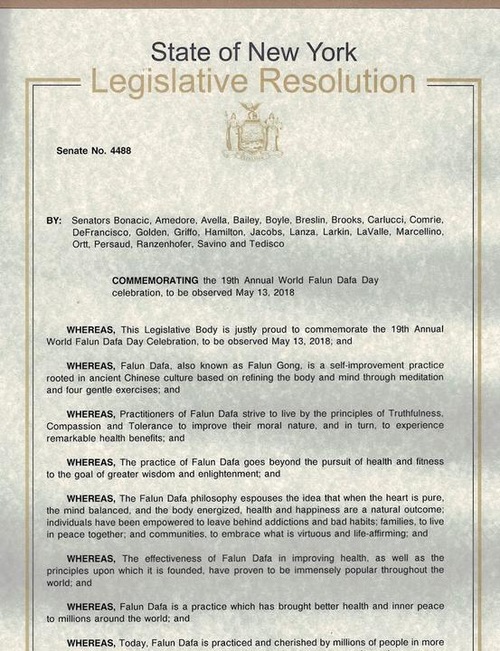 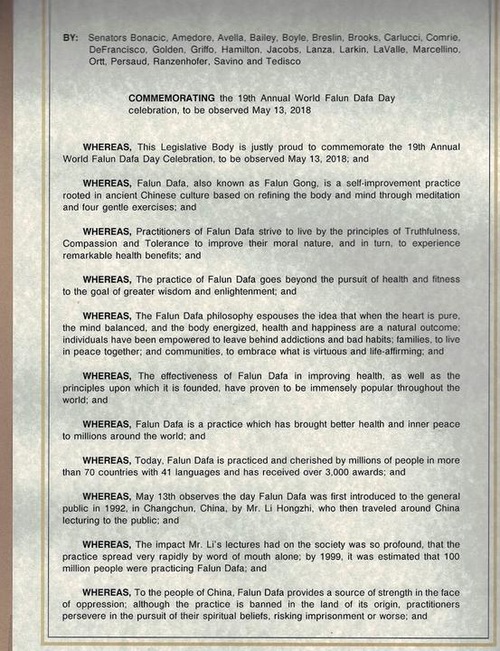 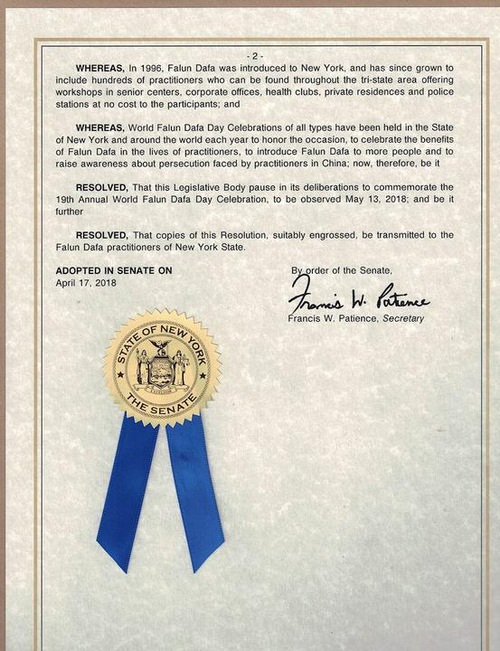 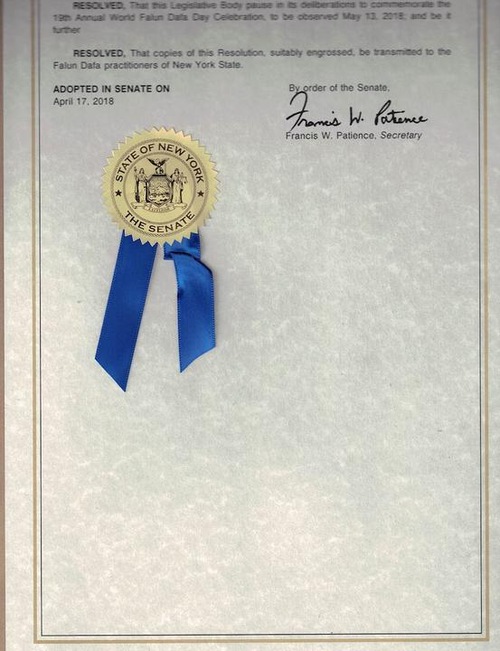 More than 100 proclamations in honor of Falun Dafa being practiced for the past 26 years have been received from New York federal, state, county, and city officials since mid-April. These proclamations also declare May 13 as the 19th World Falun Dafa Day.

Falun Dafa, also known as Falun Gong, was introduced to the public by Mr. Li Hongzhi on May 13, 1992. Based on five exercises and the principles of Truthfulness-Compassion-Forbearance, this meditation system is now well received in more than 100 countries, with teachings available in more than 40 languages. More information can be found at www.falundafa.org. 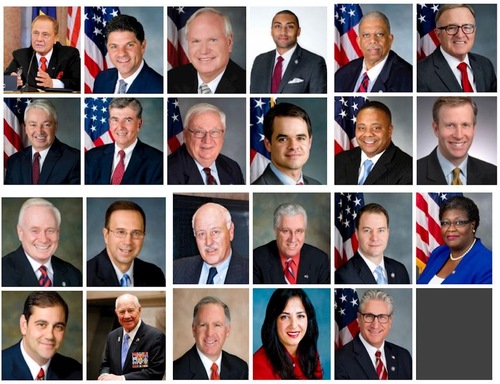 Initiated by John J. Bonacic in the 42th Senate District, the resolution was co-sponsored by 22 senators and passed unanimously.