College Professor in Jilin Re-Arrested, Faces Prosecution for Her Faith

(Minghui.org) A 48-year-old woman in Jilin City, Jilin Province was arrested at her home on April 27, 2018. Police claimed they needed her back in custody to finish up an earlier case against her.

Ms. Wei Xiujuan's latest arrest stemmed from her earlier arrest on August 1, 2014. Officers from the local Changjiangjie Police Station seized her husband earlier that morning in 2014 and used the key confiscated from him to open the door of their apartment unit. 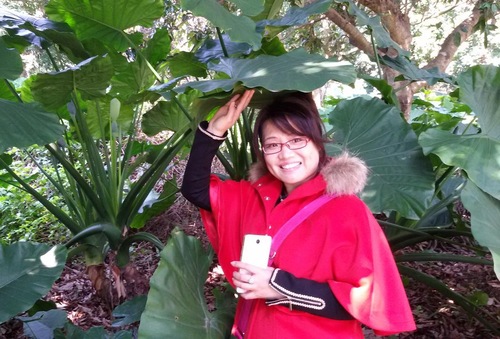 She managed to mouth a few words asking to put on her underwear. A female officer eventually helped her get dressed.

Ms. Wei was so humiliated and terrified that she fainted. The police grabbed her hair and dragged her to her living room. They then carried her downstairs and drove her to a local hospital. She was diagnosed with an irregular heartbeat, chest pain, high blood pressure, and a liver problem.

Despite her condition, Ms. Wei was sent to a local brainwashing center. Six days later, she was moved to a local detention center, where she saw her husband by chance. She learned that he had been arrested on the same day and that the detention center guards once shoved two lit cigarettes into his nostrils until they burned to ashes.

Ms. Wei and her husband, Mr. Han Yongqiang, were targeted because they refused to renounce Falun Gong, a spiritual discipline being persecuted by the Chinese communist regime.

Ms. Wei's condition kept deteriorating, and she passed out again. She had no pulse and was rushed to the emergency room. The police released her on medical parole a few days later.

Mr. Han was sentenced to three years in prison with five years of probation in April 2015. He was fired from his job two months later.

Ms. Wei was summoned to the police station twice in November 2014 to be interrogated. She was attending a faculty meeting on December 17, 2014, when police showed up to arrest her in front of her dozens of colleagues. She wasn't released until hours later. Police warned her to be on standby.

Ms. Wei was arrested again on November 23, 2016, this time at Changchun City Rail Station. She was told that she had been put on a wanted list in September 2016 and that her use of her ID to purchase the train ticket triggered the warning system.

Ms. Wei began to exhibit abnormal conditions, including back pain and chest pain. A doctor examined her and found she had heart palpitations and high blood pressure.

Agents from Changjiangjie Police Station traveled two hours to Changchun to pick her up. It was already midnight when they returned to Jilin. Her husband, who had been waiting at the police station, saw that she was too weak to walk by herself. He demanded they send her to a hospital, but the police drove him away and carried her inside.

Ms. Wei twice went into a coma that night, and the police managed to wake her up. They didn't take her to a hospital until the following morning. The doctors said she had heart palpitations, high blood pressure, and a mass in her liver.

The police still attempted to get her detained, but the local detention center refused to take her. The police forced her husband to pay 5,000 yuan before allowing him to take his wife home.

Husband and Wife Humiliated and Detained

Schoolteacher Presses Charges Against Former Dictator After Multiple Arrests, Detentions for Her Belief

“Man Sentenced to 14 Years for His Faith, Family and Friends Call For His Release”