(Minghui.org) Code of Revelation, the first production of New Century Film, was screened on April 29, 2018, to 100 residents in Orange County, New York. The film won the Grand Prize Award at the Canada International Film Festival in March 2018.

The film is based on the testimony of a police officer in China who witnessed the harvesting of organs from a living Falun Gong practitioner in China. The plot unfolds with a business negotiation between a Chinese tech firm and a foreign company, for which a critical document will decide the fate. The document is saved on an employee’s encrypted laptop. When the employee is taken into police custody, the firm needs to decrypt the laptop to recover the document. During this process, a horrifying crime is revealed. 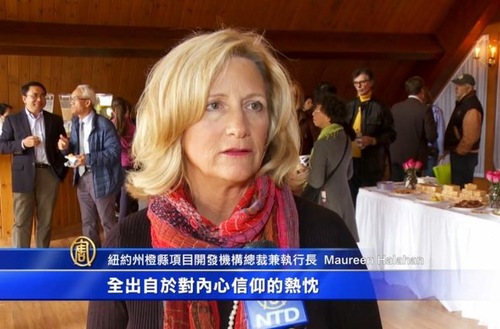 “It was beautiful. It was so professional and so well done. I think what was also very meaningful was that the budget was very low, which proved that the people that worked so hard on it, did it out of their passion and their belief,” said Maureen Halahan, President & CEO of the Orange County Partnership, an organization that fosters economic development in the region.

“It moved me. It was extremely touching and honest. My hope is that all the effort and the work that went into it elevate the profile internationally of the persecution that’s going on in China.”

Broadway hair designer David Lawrence said that the film was very moving. He added, “The lead character's story is quite interesting because she has to go through a revelation.” 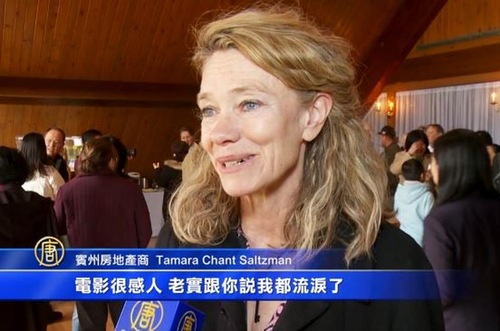 Tamara Chant Saltzman, a real estate agent, reflected, “It was very moving. I was moved to tears, to be honest with you.”

Howard Kuperman, former chairman of the New York State Automobile Dealers Association, said he learned a lot from the film and that the screening was a mind-opening, successful debut.

Sylvie Acoulon, a therapist, said she knew the film was based on real occurrences in China. “I think it’s really good to let us understand what’s going on,” she said.

Tip of the Iceberg

Lead actress Hui Yue said she thought about how “when the lead character learned of the persecution and that it was not accepted [by society], and she knew it was wrong, what her normal reaction should have been. Some people said, ‘Your performance was so natural.’ I feel I wasn’t really acting. Rather, I was only presenting my first reaction to the audience.”

Assistant Director Yu Fei said the secret video in the final part of the film was based on testimony from an armed police officer in Jinzhou, Liaoning Province. The World Organization to Investigate the Persecution of Falun Gong (WOIPFG) obtained the testimony on forced organ harvesting and published it on December 12, 2009. Follow-up investigations corroborated the existence of the large-scale, systematic crime taking place in China. 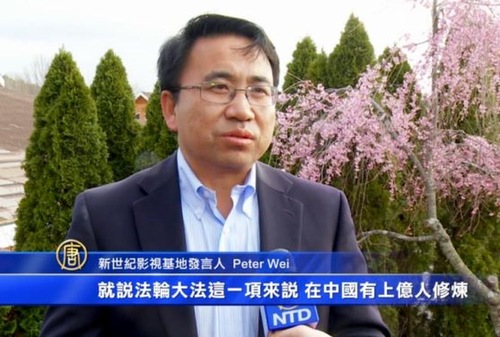 Peter Wei, a spokesperson of New Century Film, said more facts of the persecution of Falun Gong need to be made public.

Peter Wei, a spokesperson of New Century Film, said there are about 100 million Falun Gong practitioners in China, many of whom have been arrested, detained, tortured, forced to do labor, or killed for their organs. “There are countless stories and endless material. We want to put that material together–very moving stories, too many stories over the past two decades. We want to produce more works using that as a background,” he explained.