(Minghui.org) The U.S. Department of State released the 2017 Annual Report on International Religious Freedom on May 29, 2018. China was again on the Tier 1 list of “Countries of Particular Concern.”

The report pays special attention to the persecution of Falun Gong and Christian and other religious groups. At a press briefing, U.S. Secretary of State Mike Pompeo stressed that “The United States will not stand by as spectators” to violations of religious freedom. 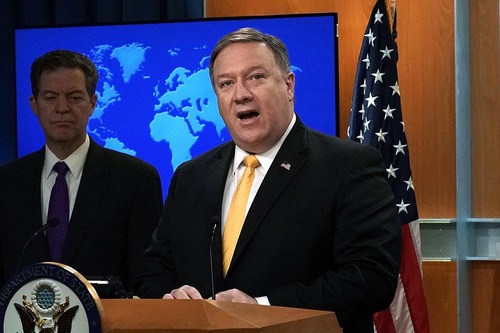 U.S. Secretary of State Mike Pompeo: “The United States will not stand by as spectators” to violations of religious freedom.

Secretary of State: The U.S. Will Not Stand By As Spectators

U.S. Secretary of State Mike Pompeo commented at the State Department press briefing, “Religious freedom is in the American bloodstream.” “As James Madison wrote years before he was president or secretary of state, ‘Conscience is the most sacred of all property.’”

The United States will host the first ever Ministerial to Advance Religious Freedom on July 25 and 26 this year at the Department of State, to promote religious freedom. Pompeo said that “protecting and promoting global respect for religious freedom is a priority of the Trump administration.

“This ministerial, we expect, will break new ground. It will not just be a discussion group.” “The United States will not stand by as spectators. We will get in the ring and stand in solidarity with every individual who seeks to enjoy their most fundamental of human rights.”

Sam Brownback, ambassador-at-large for international religious freedom, spoke at the briefing, saying, “Our goal is to protect freedom of conscience for all people. That means protecting a Muslim, Buddhist, Falun Gong practitioner, or Christian in China and their ability to pray and live out their life.”

Dozens of Falun Gong Practitioners Die as a Result of Persecution 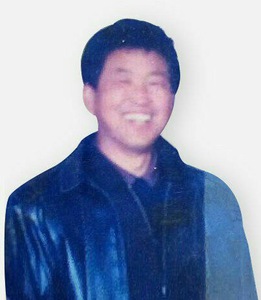 The report brings up the dozens of Falun Gong practitioners who have died in custody during the persecution.

“According to Minghui, a Falun Gong-affiliated organization, during the year, 42 practitioners died in custody or following release from prison due to injuries sustained while in custody.”

The report gives details of the persecution of Mr. Yang Yuyong and Ms. Han Hongxia.

“Minghui also reported that Falun Gong practitioner Yang Yuyong died in July in police custody. Authorities in Tianjin arrested him in December 2016. He reportedly suffered severe abuse while in custody, including sexual abuse involving 13 inmates who pinched his genitals and bit his nipples. By the time authorities took him to receive medical care, he was already suffering complete organ failure. His family reported his body as being black and blue and having traces of bamboo sticks under his toenails. Yang’s wife, Meng Xianzhen, was arrested with him and remained in custody at year’s end.”

“Minghui reported that Han Hongxia died in March while in police custody. Officials of the Da’an City Domestic Security Office in Jilin Province arrested her in October 2016. Guards at the Baicheng City Detention Center reportedly tortured her for refusing to renounce her belief in Falun Gong.”

The report also mentioned that Chinese funds may have infiltrated Hong Kong. The Hong Kong Falun Dafa Association suspects that the Chinese communist regime has financed private groups to harass and attack Falun Gong practitioners publicly at their activities.

Practitioners still have a difficult time renting spaces from the government or private institutions for their meetings and cultural events.

The Hong Kong Immigration Bureau denied entry to 43 Falun Gong practitioners from Taiwan at the airport in July 2017. The bureau deported them back to Taiwan without giving a reason, according to a report by the Epoch Times.

“President of Bulgaria Learns about Falun Dafa During May 13 Celebrations”