(Minghui.org) Wrapping up the reports about the worldwide events commemorating the 19th anniversary of the April 25 peaceful protest, we cover recent activites in five cities in the U.S.

Nineteen years ago, on April 25, 1999, the world was amazed to witness 10,000 Falun Gong (also known as Falun Dafa) practitioners quietly protesting in Beijing, in a peaceful request for the right to practice their belief. Such a large-scale, spontaneous assembly was unheard of in communist China and the calmness and peacefulness of the practitioners as they quietly petitioned their government was even more noteworthy.

The government initially responded favorably, but just three months later, a brutal persecution of the practice was unleashed by then head of the Chinese Communist Party (CCP) Jiang Zemin. The persecution continues to this day.

Falun Dafa practitioners from the U.S. capital area held a candlelight vigil in front of the Chinese embassy in Washington on April 21, in memory of their fellow practitioners who have lost their lives during the 19-year persecution in China. 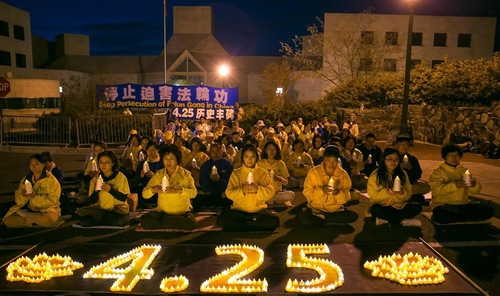 Candlelight vigil in front of the Chinese embassy in Washington D.C. 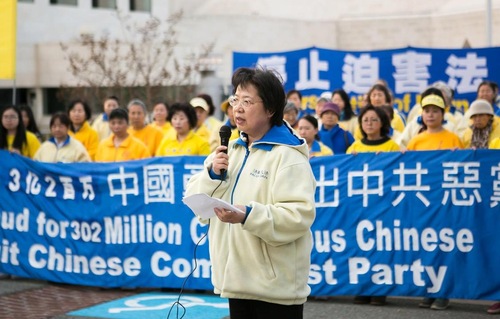 At the candlelight vigil, several practitioners who attended the April 25 protest in 1999 told of their experiences. They emphasized that the protest was peaceful and didn't interfere with the local traffic or public safety.

Ge Min, spokesperson for the Washington D.C. Falun Dafa Association, said in her address that the Western world was surprised by the 1999 protest, and the mainstream media expressed high praise for the peacefulness of the event.

A commemorative event in Philadelphia was held in front of the Liberty Bell on April 22. 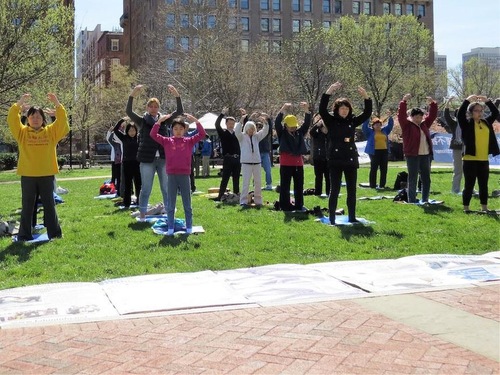 Demonstrating the exercises near the Liberty Bell in Philadelphia 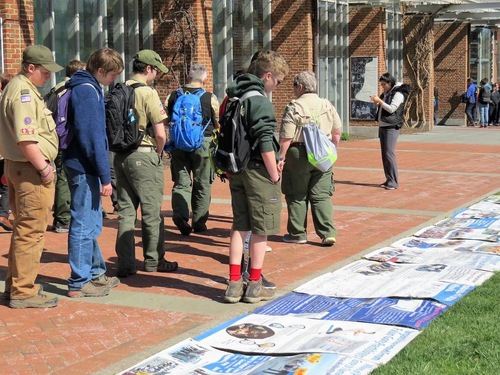 Tourists to the Liberty Bell read about Falun Gong.

Many tourists stopped by the practitioners' booth, read the informational materials, and talked to practitioners. A number of them signed a petition condemning the ongoing persecution in China.

Betty and Henry, a couple from Harrisburg, Pennsylvania, spent a lot of time reading the materials. After signing the petition, the couple told practitioners that they knew about the persecution of underground Christian churches in China, but they didn't know about Falun Gong, such a large group, also being persecuted. They also remarked on the severity of the persecution.

“Religion is very important to a society,” Henry said. “It is not wrong to be a good person who follows heavenly principles.”

They were glad to hear about the recent trend of people quitting the CCP. “I believe that the Chinese people will have freedom of belief soon,” Henry affirmed. 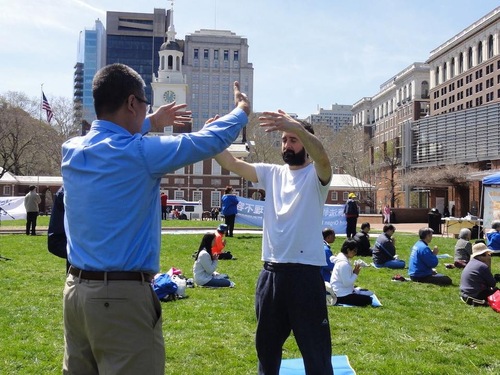 At the event in Philadelphia, many people were interested in learning the exercises, and some joined the practitioners as they demonstrated them.

Practitioners staged a peaceful protest in front of the Chinese consulate on the afternoon of April 25. They demonstrated the Falun Gong exercises and displayed banners calling for an end to the persecution. 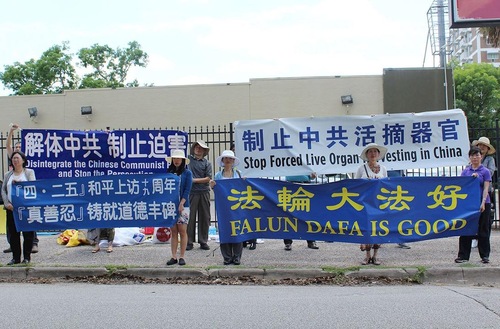 Event in front the Chinese consulate in Houston to commemorate the April 25, 1999, peaceful appeal in Beijing.

Practitioners handed out flyers introducing this ancient Chinese self-improvement cultivation practice and raised awareness of the persecution of Falun Gong in China.

Their efforts were warmly supported by passersby. Many people signed the petition to condemn the state-sanctioned forced organ harvesting, in which countless Falun Gong practitioners have been killed for their organs for use in transplant surgeries.

Many people expressed the hope that, as more people learn about the persecution, more people will stand up against it.

A commemorative event in Dallas was held at Pegasus Plaza on April 25. 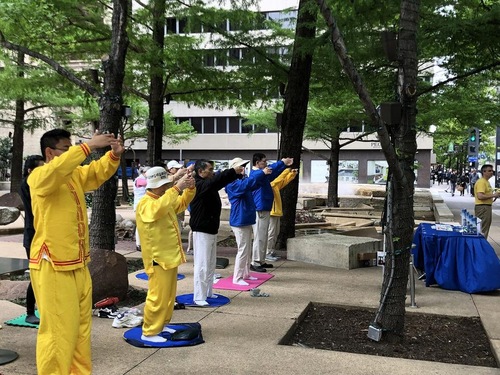 Demonstrating the exercises at Pegasus Plaza in Dallas

The exercise demonstration and soothing music drew many people, who stopped to take in the event. Some wanted to learn the exercises at the local exercise site, and many signed the petition to support Falun Gong's peaceful resistance. 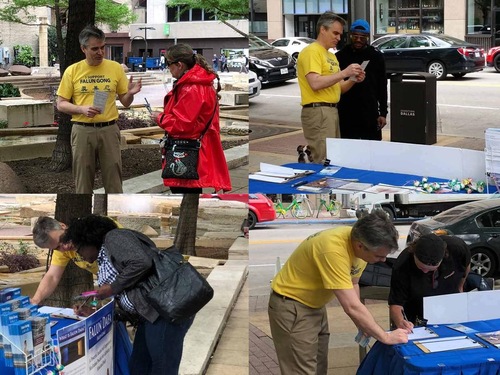 A young man from Dallas, David, asked practitioners how Falun Gong was different from other qigong practices or yoga. A practitioner explained that Falun Gong is guided by the principles of Truthfulness-Compassion-Forbearance and that, as a practitioner, one should look within for his or her own faults and be forgiving of others whenever there is a conflict.

David was very interested and wanted to learn the exercises.

On April 22, practitioners in Seattle gathered at Westlake Park. They demonstrated the exercises and set up display boards documenting the persecution in China. 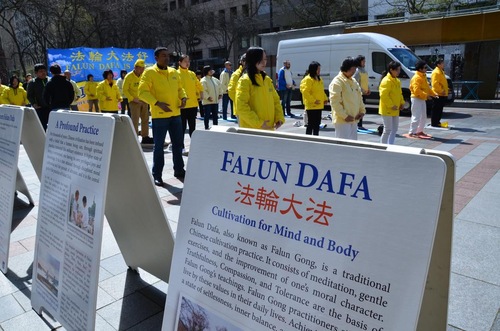 An event in Seattle on April 22 to commemorate the 1999 peaceful protest in Beijing.

Many tourists stopped and took photos of the event.

A local woman who read the information for a long time was surprised that the communist party would persecute a spiritual group. She remarked, “In any country, a person who follows a spiritual pursuit would constrain his or her thoughts and behaviors. The positive thoughts and behaviors would have a positive impact on society, so the morality of the whole society would improve.

“It is so wrong to suppress this peaceful spiritual group,” she added. “I hope that more people will pay attention to [what is happening in China], and help stop the persecution.”