(Minghui.org) Over the past couple of weeks, Falun Gong practitioners have participated in a variety of community events in the U.S.A. and Canada, introducing this self-improvement practice to the public and exposing the persecution of the practice in China. This report covers six different community events in North America.

Practitioners from Michigan participated in the "Music Parade" of the 89th annual Tulip Time Festival in Holland, Michigan on May 12, one of the five largest tulip festivals in the world.

More than 250 thousand people watched the 2-mile long parade. Falun Gong practitioners demonstrated the exercises and performed on traditional Chinese drums on the streets of Holland, which had been decorated with millions of tulips. 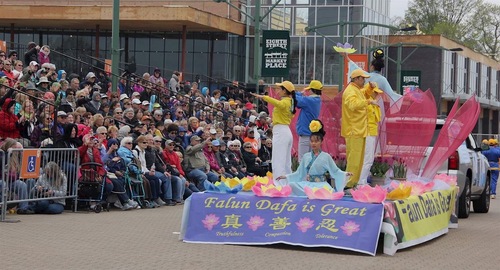 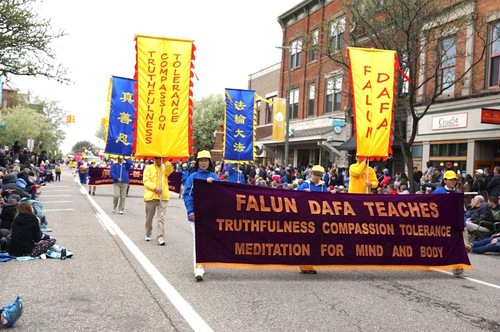 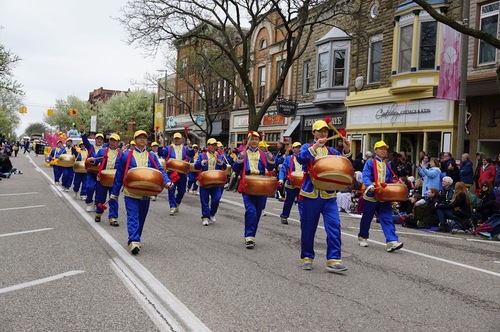 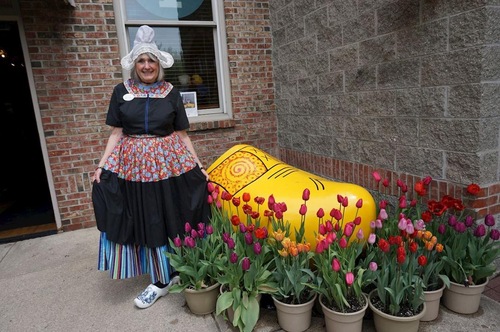 The Executive Director of the Holland Area Visitors Bureau, Sally Laukitis, praised practitioners for bringing a multi-cultural aspect to the community. 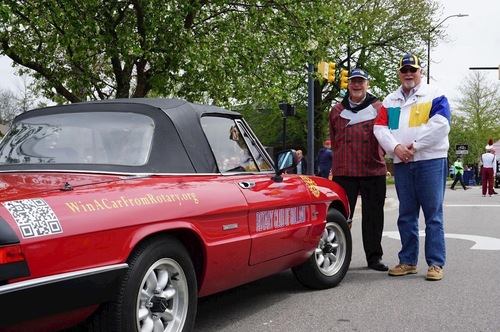 Russ Miller, Chair of the Rotary Club of Holland (right), has seen Falun Gong everywhere in the world. He believes that it is important for American people to know about Falun Gong and the religious persecution in China. 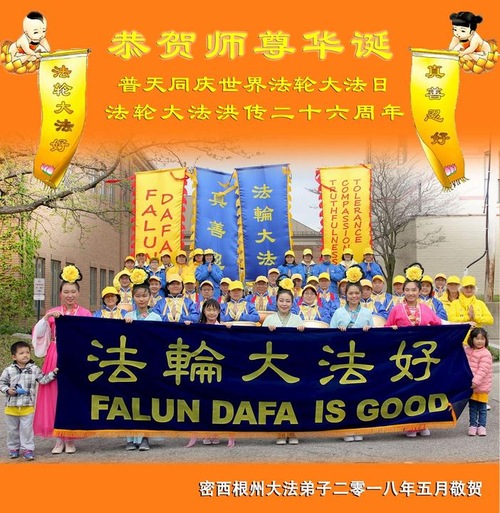 On May 7 and 8, practitioners from the State of New York held a “Truthfulness-Compassion-Forbearance” Art Exhibition in the capitol building in Albany, introducing Falun Gong to State government officials and exposing the persecution in China. 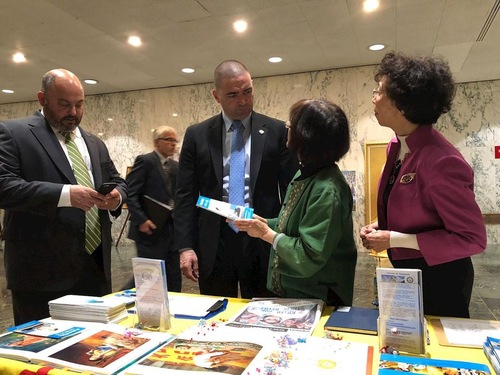 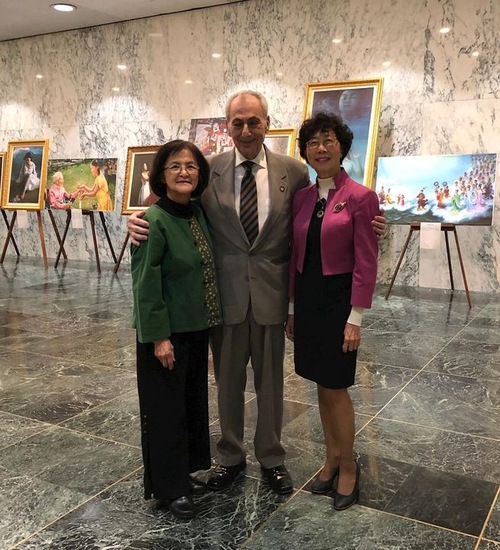 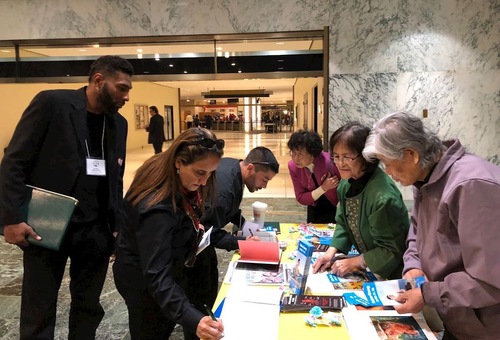 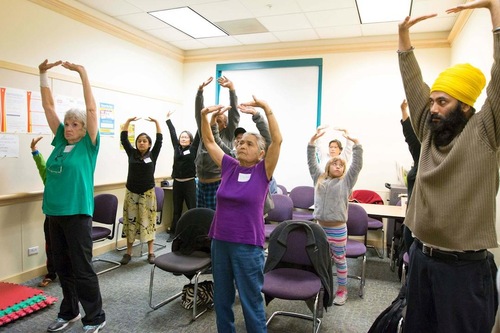 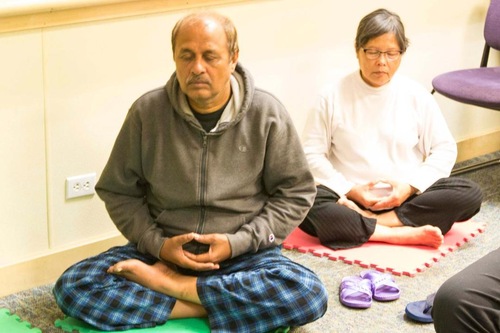 Learning the exercises in a free Falun Gong workshop of the public library in Fremont, California.

Rizalino, an attendee from San Jose, has an 83-year old friend who practices Falun Gong. “He is very healthy, different than others,” he said, “so I want to learn.”

“What I learned here, besides meditation, are [the principles of] truthfulness-compassion-forbearance,” he said. “One would not make mistakes, if he or she follows this principle.”

“My stiff body became relaxed during the exercises,” he said, and invited practitioners to teach the exercises to his class.

Canadian practitioners performed at the May Festival held in Port Coquitlam on May 12. 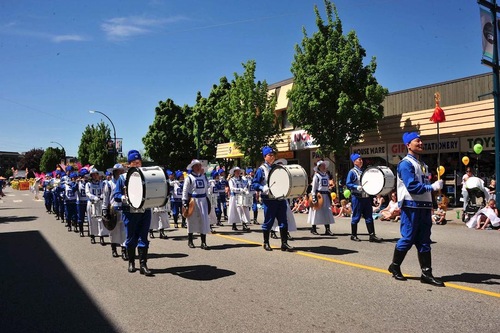 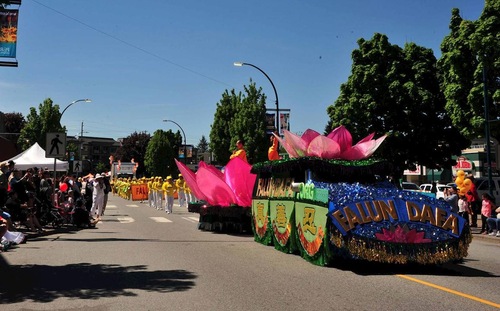 Practitioners' float in the May Festival parade. 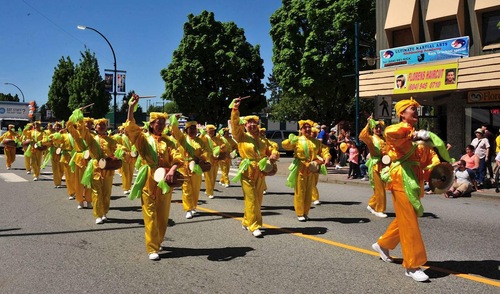 As practitioners have taken part in this event many years in a row, spectators are familiar with Falun Gong and welcomed their participation again this year.

On May 5, practitioners participated in the annual “Experience Asia” Festival held in the City Hall of Gatineau. 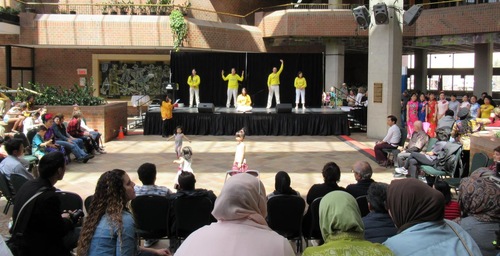 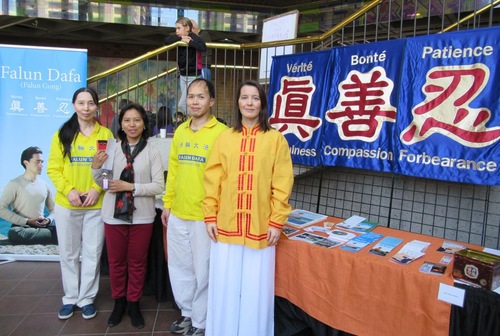 Marilou Ubina, a professor at the University of Ottawa, is interested in the Falun Gong exercises for their effect on helping people relax. She also praised the principle of Truthfulness-Compassion-Forbearance.

Practitioners from Toronto participated in the “Total Health 2018” from May 11 to 13, the largest health expo in Canada, which attracted more than 50,000 visitors this year. 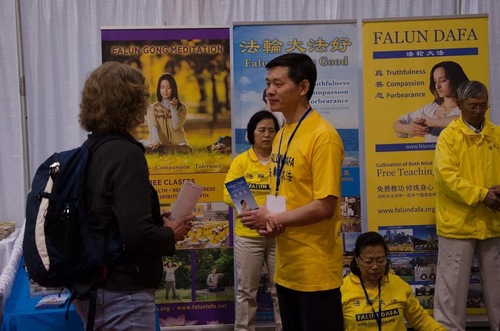 Introducing Falun Gong to visitors at the “Total Health 2018” expo in Toronto. 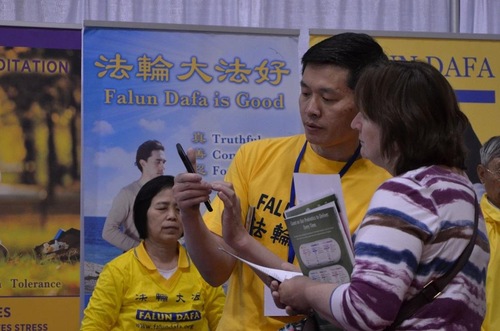 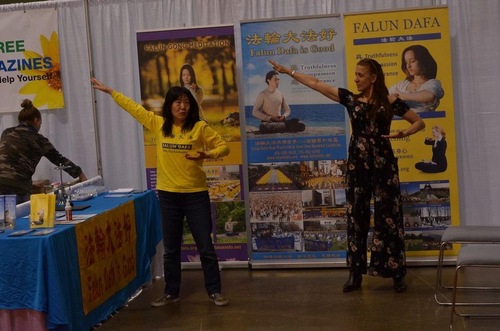 Monica (right) was amazed by the power of Falun Gong. “I just followed you and learned a few movements, and then I felt heat going through my body,” she said. “This practice cultivates one's inner peace.”