(Minghui.org) Along with fellow practitioners around the world, Falun Gong practitioners in Europe held various events last week commemorating the 19th anniversary of the April 25 peaceful protest in Beijing of over 10,000 practitioners. This report covers events from six countries.

The event in Denmark took place at the Kultorvet Square in Copenhagen last Saturday. 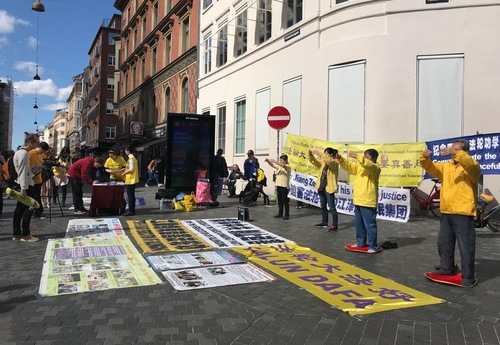 The group exercise and banner display at the Kultorvet Square

Numerous people stopped by and signed the petition that condemns the persecution. 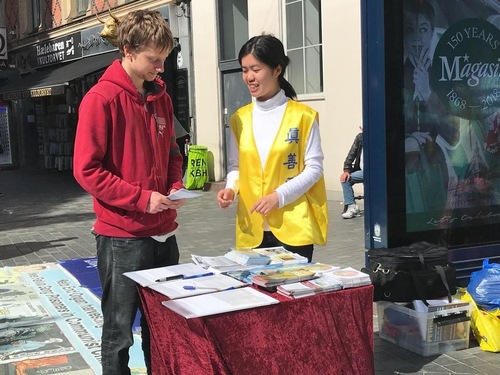 A college student signed the petition and said, “Truthfulness-Compassion-Forbearance is great. The world needs it.” He is interested in learning the exercises, and was happy to hear that all the teaching of Falun Gong is free. 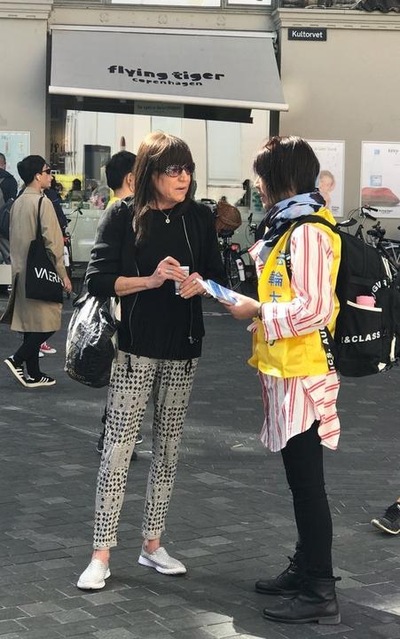 A yoga coach also wants to learn the exercises. She is waiting to join the local exercise site.

Also on Wednesday, practitioners in Dublin held a rally downtown. 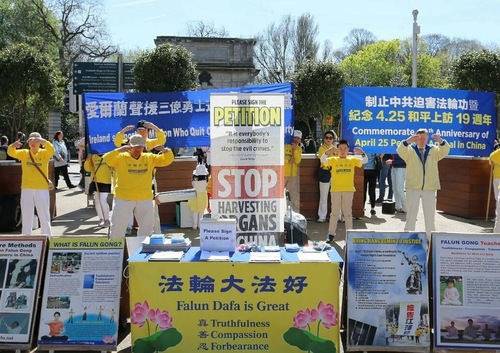 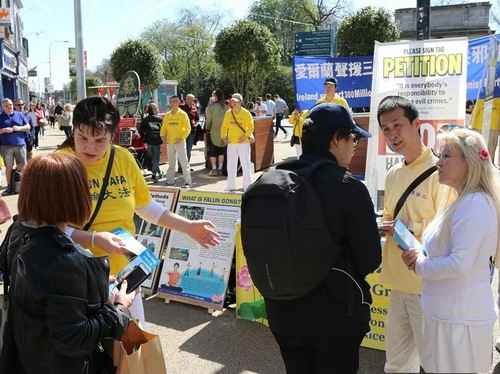 The rally in Dublin

At the rally, speakers described the peaceful protest 19 years ago and the persecution that followed.

Practitioners' calling for help to stop the persecution was warmly supported by the local people. During the rally, they collected more than 700 signatures of support for Falun Gong.

Garry, a local young man, works in China. He was shocked by the state-sanctioned organ harvesting crimes in China. Speaking fluent Chinese, he told practitioners that he would share the information with his co-workers in China.

The event in downtown Geneva received a lot of support from the public. 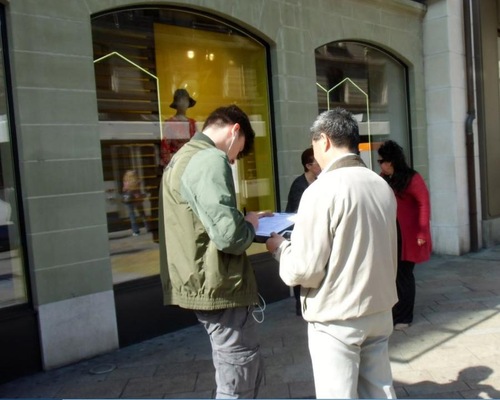 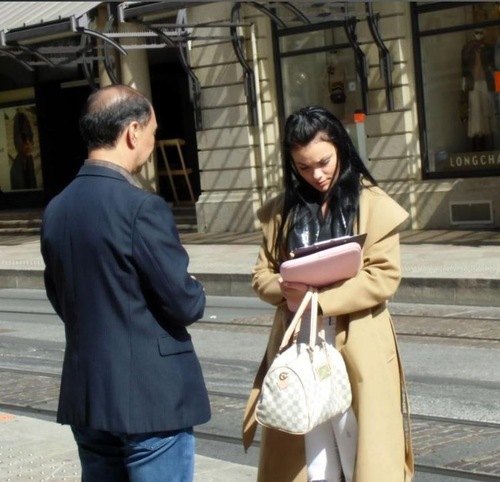 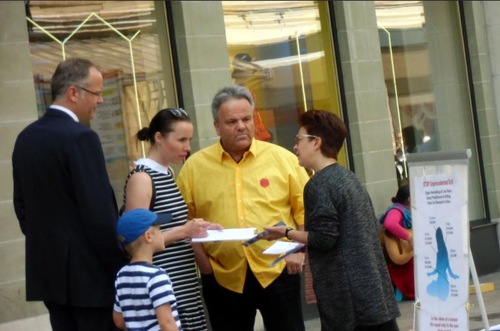 Telling passersby about the persecution.

Practitioners held a rally in front of the Chinese consulate in Munich on Wednesday. Many passersby signed the petition. Several Chinese people decided to quit the communist party to take a stance against the persecution. 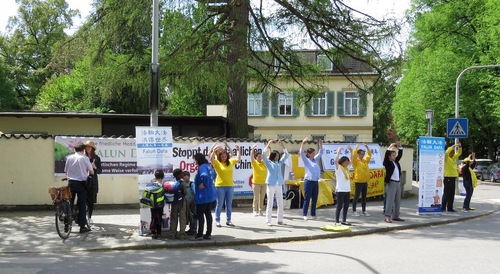 The protest in front of the Chinese consulate in Munich 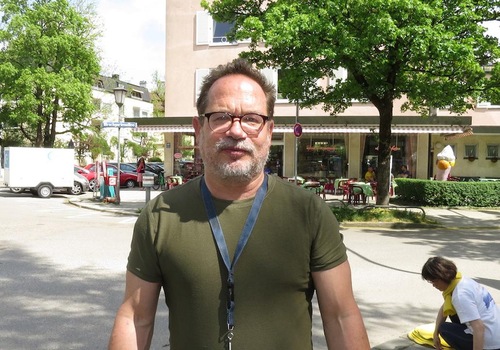 Christopher, a local citizen, said,“As a free soul, I unconditionally support Falun Gong practitioners. I hope they can have freedom of belief. From the bottom of my heart, I am against the persecution.”

The event in Cyprus was held in downtown Nicosia on Sunday. Practitioners demonstrated the exercises, passed out flyers, and collected signatures. 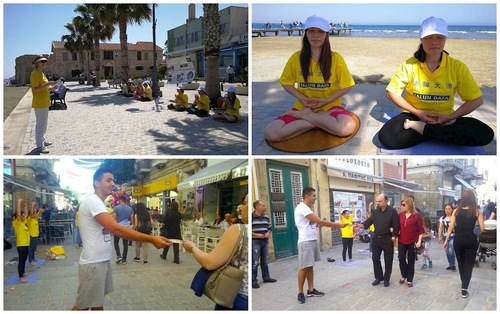 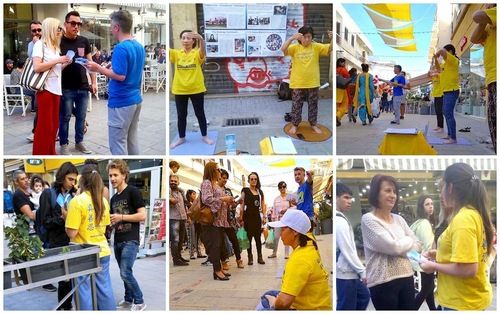 The activity in Nicosia, Cyprus

Practitioners in Milan held a protest in front of the Chinese consulate on Wednesday. 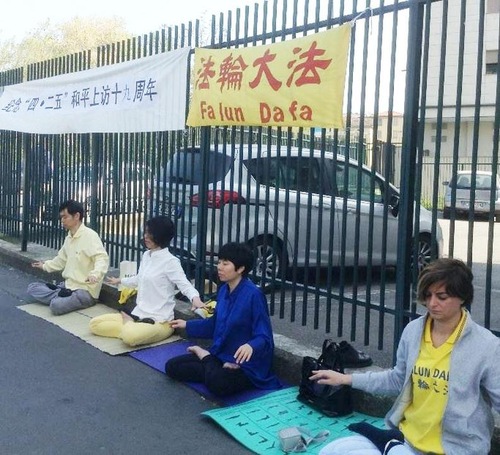 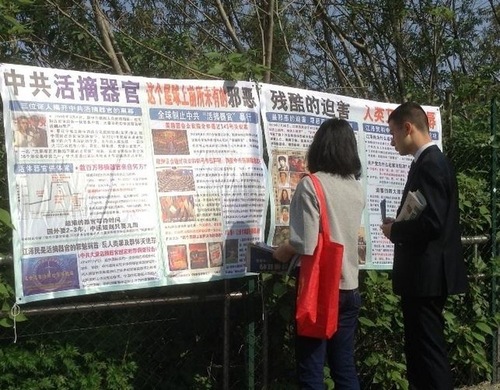 A passerby reads practitioners' display board.

“Practicing Falun Dafa Cured My Decade-Long Illnesses Within a Month”