(Minghui.org) As spring advances, more people are attending cultural and health-related events to explore new areas of self-improvement. Some recent reports from Norway and Russia follow.

Likestilling, Inkludering og Nettverk (LIN, or Equality, Inclusion and Networking in English) is a volunteer multicultural organization that promotes equality and inclusion for minorities across ethnicities, religions, and cultures. Participants from five countries in the organization learned about Falun Dafa on April 6.

After learning Norwegian at LIN for three months, one practitioner mentioned Falun Dafa during a class discussion focused on health. Both the instructor and other participants were curious about it and a workshop was arranged for people to learn about the ancient meditation system from China. 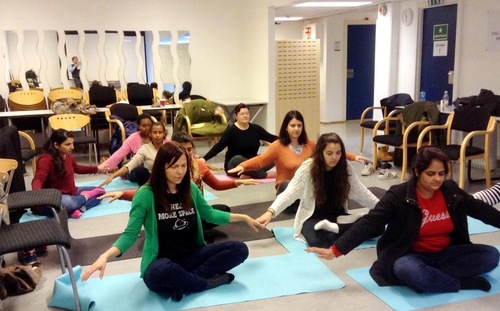 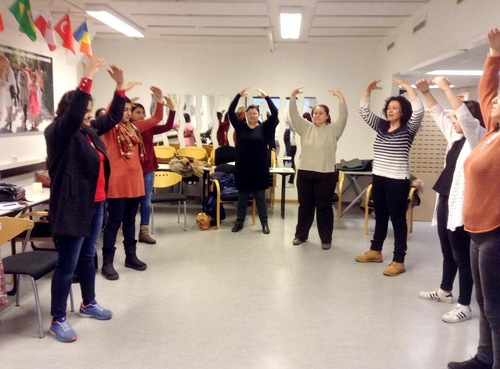 During the workshop, a practitioner spoke about the improvements to her mental and physical health that she had enjoyed over the past over 20 years thanks to practicing Dafa. She explained that the exercises improve physical health while the principles of Truthfulness-Compassion-Forbearance help to cultivate a person's character.

She also showed participants the FalunDafa.org website, and how to access teachings in different languages, including the books and exercise music as well as videos. Following the instructional video, they learned the first, second, and fifth Falun Dafa exercises. They said they felt good afterward, and several of them said they would purchase Zhuan Falun and Falun Gong to learn the meditation system, while others planned to follow the online materials.

The next day, one participant told the practitioner that she had emailed information about Falun Dafa to her mother in another country. “This looks awesome and I hope she can practice it, too,” she said.

During Healthcare Week in the Republic of Bashkortostan on April 3-6 in Ufa, Russia, local Falun Dafa practitioners talked with participants and introduced to them the peaceful practice.

Over 30 scientific forums took place at the four-day event. By reading posters and pamphlets, as well as chatting with practitioners, many people learned how Falun Dafa has benefited practitioners in more than 100 countries. Some were especially interested in the principles of Truthfulness-Compassion-Forbearance. 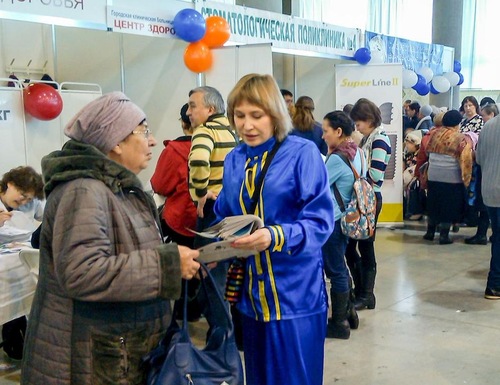 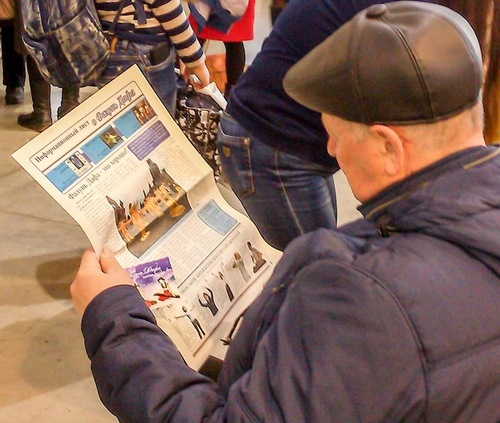 Attendees at Healthcare Week in the Republic of Bashkortostan learn about Falun Dafa in Ufa, Russia

A few attendees tried the exercises. Feeling energetic and refreshed, they thanked the practitioners for sharing this valuable information with the community. 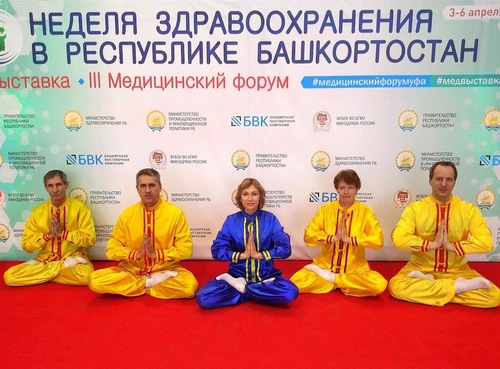 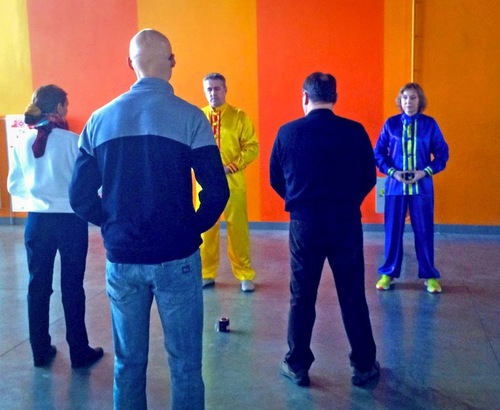 People feel the energy as they learn the Falun Dafa exercises.

A reporter from a Bashkortostan television station interviewed practitioners and reported about Falun Gong on the local TV news. The host of the event made special mention of the practitioners, thanking them for introducing the practice of Falun Dafa to those in attendance.

“Thoughts About Life After Billionaire Friend Caught in Corruption Probe”