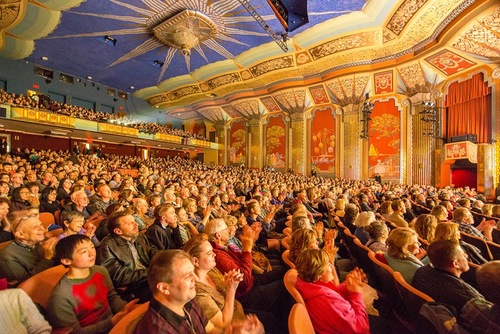 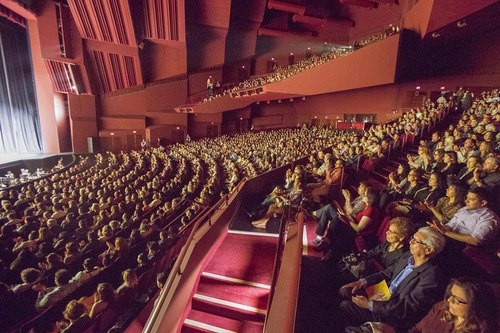 Shen Yun World Company's final performance at the Segerstrom Center for the Arts in Costa Mesa, California, on April 8. The company presented seven sold-out shows (including one added show) on April 3-8. 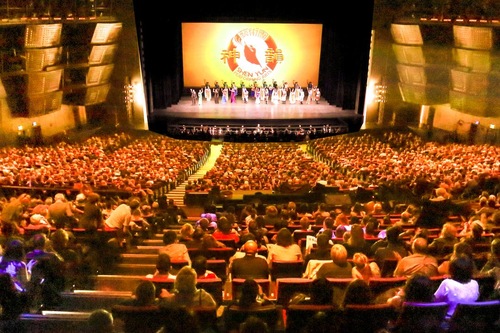 Curtain call by Shen Yun New York Company at the Palais des Congrès de Paris in Paris, France on April 7. The company performed three sold-out shows during the April leg of the Paris tour on April 6-7. 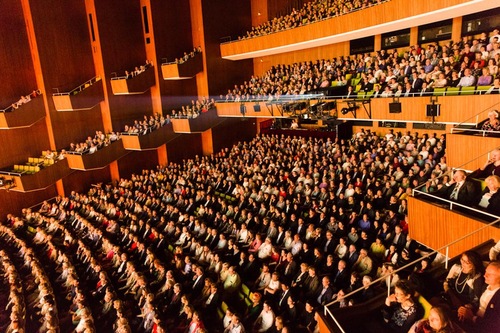 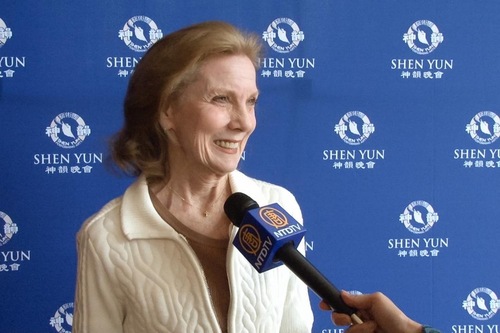 “Superb... The choreography is excellent. Visually it is just a feast,” said Barbara Hancock, a former ballerina.

“I appreciate that [spirituality] so much... I love the references to everyone loving, and we are here for a purpose, and that purpose is to help each other, and to love God,” she said.

“It gives you a little bit of everything. So if you are going to see one thing this year, it should be Shen Yun,” Ms. Hancock said. 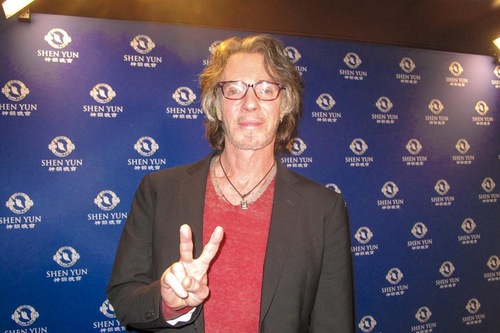 “Anytime there’s spirituality, it benefits the world... It’s the most important thing that humanity can grasp,” Mr. Springfield said.

“The music is very dreamy and very powerful... There’s so much emotion in it,” he said.

“Incorporated the humanness in everything” 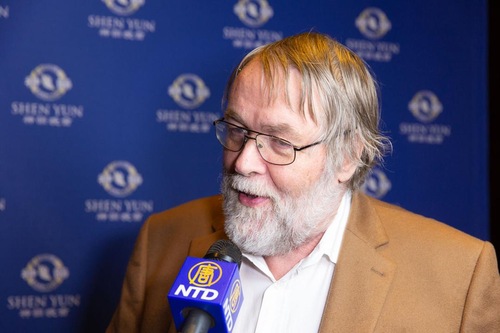 Bernd Heller, composer, at the Shen Yun Performance at the Deutsche Oper Berlin in Berlin, Germany on April 10, 2018.

“The skill of the Shen Yun performers was outstanding—perfection,” said composer Bernd Heller. “It was fascinating how everything onstage—the scenes, the performers, the backdrop, the musicians, and the music—performed as one,” he said.

“What is outstanding is that the young performers were trained to present to the audience a meaning of the past, still relevant in the future. They performed with ease because of their attitude and understanding of what they want to bring to the world,” he said. 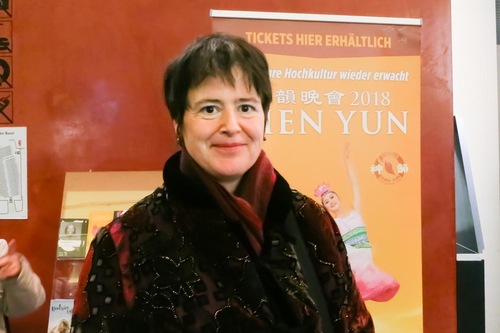 Pia Blum, pianist and composer, at the Shen Yun opening performance at the Musical Theater Basel in Basel, Switzerland, on April 3, 2018.

“The show was outstanding, poetic, and the dances were exhilarating,” said Pia Blum, a pianist and composer.

“The synchronization between the backdrop and the dance was perfect. Everything fit into the scene and was very effective,” she said.

“From an artistic point of view, it was of an extremely high level. It felt like poetry,” Ms. Blum said. 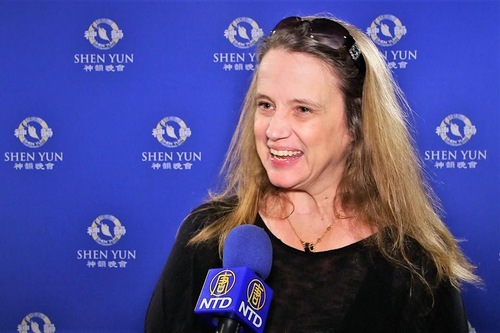 “The most wonderful [performance] ever,” said Jaclyn Suri, a movie producer and co-CEO of Pelican Point Media.

“Being sick for the last ten years, it’s given me a certain kind of hope... It makes me realize that there’s more, there’s something else, there’s another place,” she said.

“Empowering... [It] transcends all,” she added. 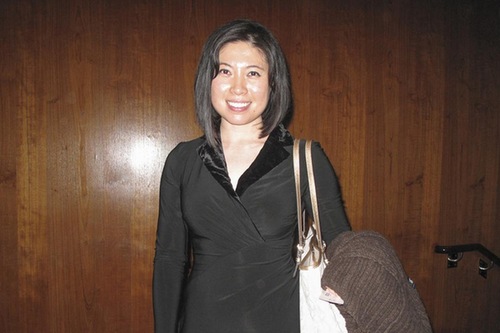 Lingxian Huang, composer, at the Segerstrom Center for the Arts in Costa Mesa, California on April 6, 2018.

“The orchestra musicians are first-class. The art of Shen Yun is not only presented in its music, but also in its interaction between the digital-backdrop and dancers. It’s remarkable,” she said.

“You can tell the director has produced a well-thought-out production,” Ms. Huang said. 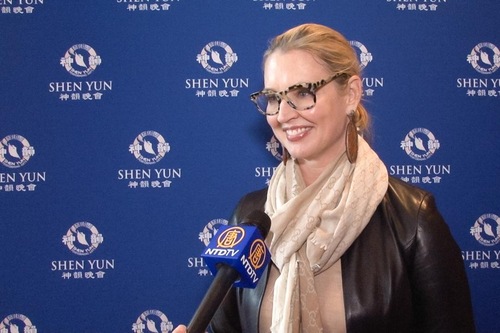 “It was a magnificent performance today... The important messages... really resonated with me,” said Laurie Dhue, a former news anchor.

“I think one of the central messages is hope—making sure that people have hope and things to look forward to in the world,” she described.

“I have a lot of respect for the effort of Shen Yun, trying to bring back traditional Chinese culture. So those of us who may not be that familiar with [the culture] will now be exposed to it and can learn more about these beautiful traditions,” Ms. Dhue said. 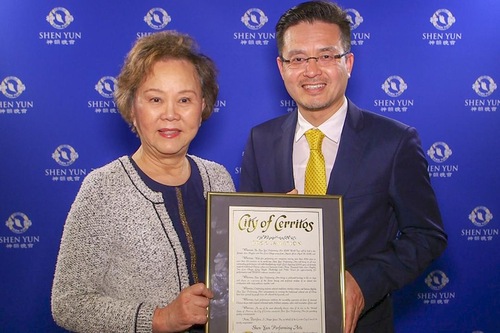 Grace Hu (left), mayor of the City of Cerritos, presented a proclamation commending Shen Yun for its 2018 world tour, to the local presenter's representative at the Segerstrom Center for the Arts in Costa Mesa, California on April 3, 2018.

“The show is really exceptional, and this is the best way to share our Chinese culture with the world,” said Grace Hu, the mayor of the City of Cerritos in California.

“[Shen Yun orchestra] is really fabulous. The music and the dancers synchronize perfectly—it’s a perfect performance,” she said.

“Their techniques, the stage lighting, and the scenic design are first-class. Today’s show has made us, the Chinese people, proud. I am very happy that we have such a wonderful show here,” Ms. Hu said.

“To recall and enjoy the old culture and these stories makes one nostalgic. We enjoy the show very much,” she added.