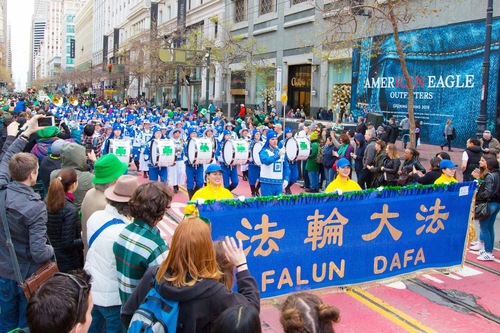 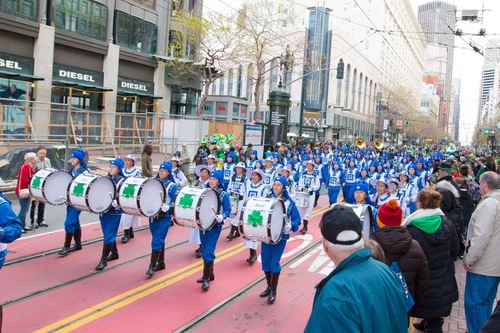 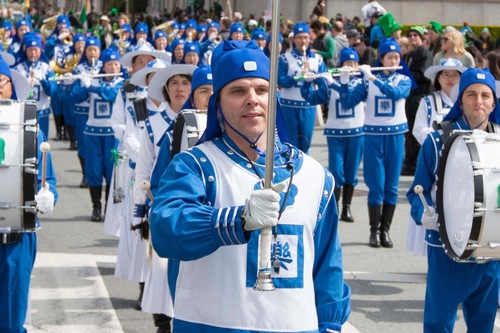 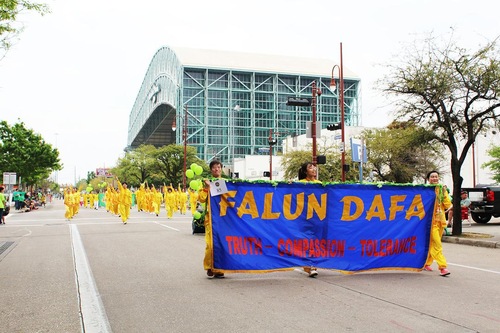 The Falun Gong group's traditional Chinese uniforms and marching band performances of both Chinese and western music stood out among 125 groups in the San Francisco parade.

The organizer, Liam Frost, was glad to see them in the parade again this year.

“Their performances are outstanding and I love their uniforms. They always do a great job. We appreciate that they come to this parade every year,” Frost said.

Michelle Jasmine from Modero, CA watched the parade with her family. She highly praised the Tian Guo Marching Band.

“We love this band. Excellent! Absolutely the best,” she said.

When she learned that the guiding principles of Falun Gong are Truthfulness-Compassion-Forbearance, Jasmine mentioned that she is the owner of a private school and that these principles should be taught everywhere.

“The world needs compassion and forbearance,” she added. “The persecution of Falun Gong is wrong. Chinese people should have freedom.”

The exercise demonstration in the Houston parade was also eye-catching.

“I like it very much,” Ramos said. “The principles of Truthfulness-Compassion-Forbearance are profound. Wonderful.”

“Speaking from My Heart about the Persecution, Seeing People's Kindness Emerge”