(Minghui.org) Today's news from China includes incidents of persecution that took place in 4 cities or counties in 3 provinces. According to this report, 7 Falun Gong practitioners were subjected to mistreatment during their detention, and at least 2 were illegally arrested. 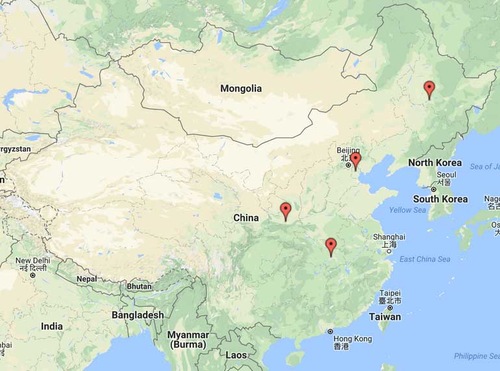 Ms. Song Liqin was arrested by officers from the Wanxin Police Station, Dongli District, on August 10, 2017. She was detained for about eight days. Afterwards, she was released on bail for approximately four months.

Ms. Wang Yini, Mr. Li Da, Mr. Chen Huan, Ms. Zhou Hongyan, and Ms. Huang Haiying were arrested at different times, beginning in November 2016. They were subsequently tried at the Hongshan District in September 2017, and sentenced to prison. The duration of their prison terms include five years, and three and a half years.

Ms. Liu Huirong was arrested in Xi'an City on February 13, 2018. She is being held in the Wugong County Detention Center.