(Minghui.org) Falun Dafa practitioners have been participating in local events and Christmas parades, contributing to their communities by sharing the beauty of traditional Chinese culture and introducing the uplifting meditation practice to the public. This report covers six parades in Canada, New Zealand, and Mexico. 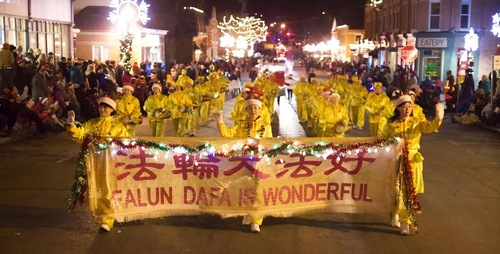 During the parade in Mississauga, Ms. Guo, a Chinese government official from Beijing visiting her daughter in Toronto, walked the entire parade route with the Tian Guo Marching Band. Afterwards, she told practitioners that she wanted to learn Falun Dafa. She said, “I have made up mind to practice Falun Dafa.”

Ms. Guo explained, “I am so attracted to their music, which radiates strong energy. That's why I followed them to the end. This band is the most magnificent one in the parade. I could hear their music from far away. Their team is incomparable. Absolutely the best! As a Chinese, I am so proud of them.”

She added, “The music is so beautiful and uplifting. I feel refreshed.”

“I knew that many government officials in Beijing who practiced Falun Dafa had many of their health issues resolved, so I never believed the Communist Party's propaganda against the practice.”

“Today I see them with my own eyes. I just believe what I see. When I return to China, I will start to practice Falun Dafa too.”

“The practitioners in the parade are healthy. They try to be good people. What is wrong with that? They are a group of very kind people.”

“The Communist Party tries to brainwash people. But I don't believe them. I know Falun Dafa is great. I hope more Chinese can learn the truth.”

Ms. Guo explained how she knows about Falun Dafa. Suffering from severe insomnia for many years, she had been looking for help. A few years ago, she talked to a Falun Dafa practitioner while visiting her daughter in Toronto, and they became good friends.

Ms. Guo said, “Talking to her always gives me energy. It's amazing. I guess it's the power of compassion. I enjoy talking to her, and I can sense compassionate energy from her, which is immense.”

She continued, “Yesterday, she told me about this parade, so I came. The energy radiating from the marching band made me feel very comfortable and peaceful. I followed them to the end of the parade. Then, I decided to start practicing Falun Dafa myself.”

“Recently, I had some trouble with my family, which bothered me a lot. After the parade, I was in a great mood. I feel as though some burdens were removed from me, and I'm very happy now.”

“The Tian Guo Marching Band gave me a huge boost. I feel a strong energy coming from them. You can clearly sense it. I feel that both my body and mind have benefited.”

She said, “I have made up mind to practice Falun Dafa. I will do it diligently. I also took a lot of photos, and I will show them to my friends in Beijing.”

The Christmas parade in Vancouver was held on Sunday. The Falun Dafa entry consisted of the Tian Guo Marching Band, a float, a waist drum team, and an exercise demonstration team. 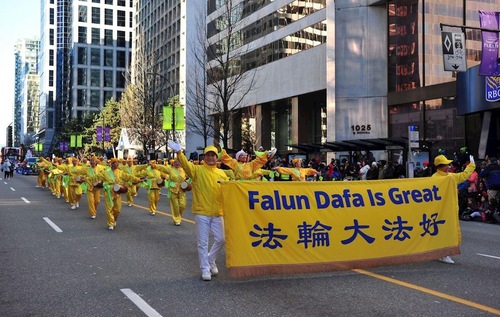 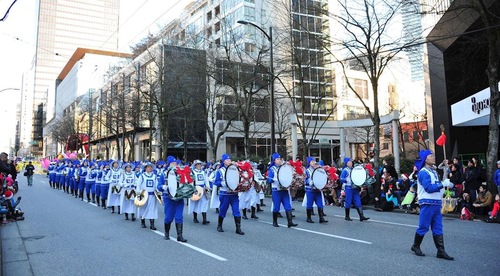 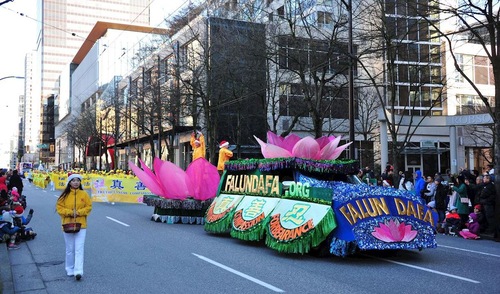 Practitioners participate in the Vancouver parade 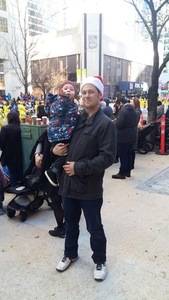 Shane Morten praised the band's performances and said that their costumes were impressive. He said that he could feel a peaceful energy coming from the Falun Dafa entry.

Falun Dafa practitioners from Tlaxcala, Puebla, and Mexico City participated in the parade organized by the Municipality of Chiautempan, Tlaxcala, on November 24. More than 30,000 people lined the streets to attend this annual event, the “City Hall of Dreams.”

The practitioners' entry consisted of a waist drum team, while a float displayed the beauty of traditional Chinese culture. Parade goers happily accepted leaflets, bookmarks, balloons, and sweets that practitioners gave out along the parade route, to let people know about Falun Dafa. 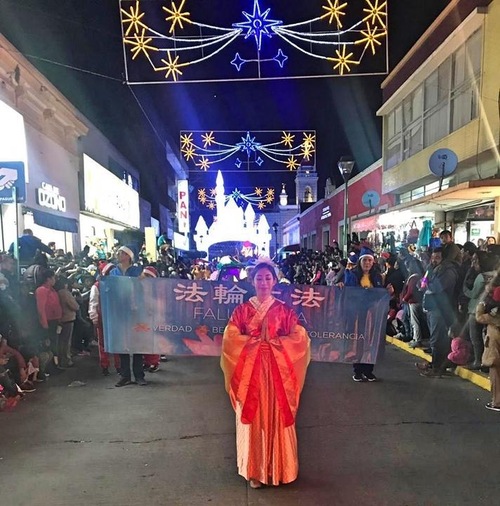 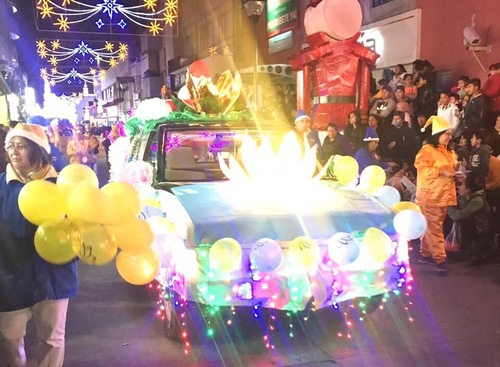 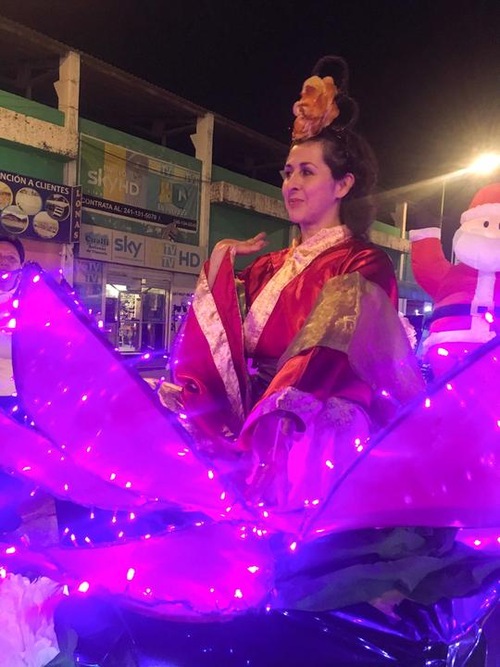 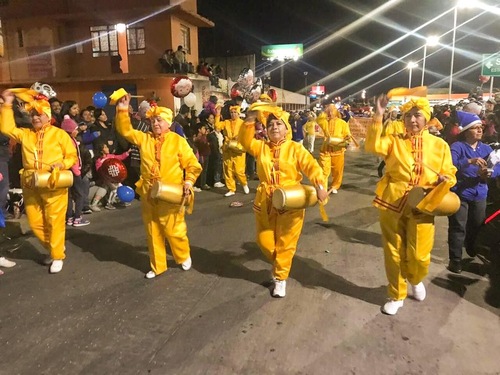 Falun Dafa entry in the parade in Chiautempan, Mexico

This was the first time that practitioners have participated in this parade, and people gathered around them to admire their costumes. Exclaiming, “How beautiful!” several people asked to have their photos taken with practitioners. They also asked for more information about Falun Dafa.

Falun Dafa practitioners participated in the 71 st Christmas Parade in Christchurch, New Zealand's largest city, which was watched by more than 100,000 people. 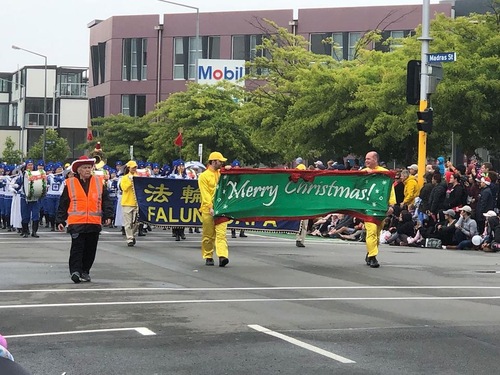 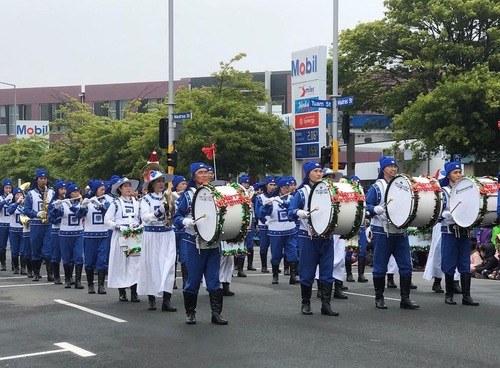 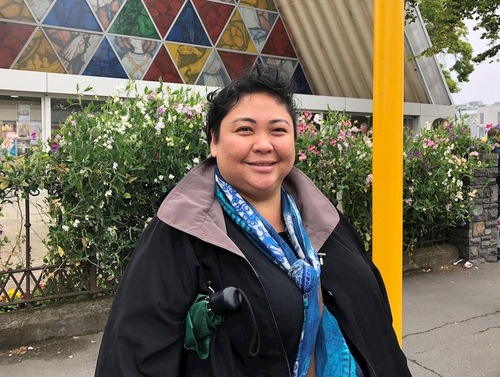 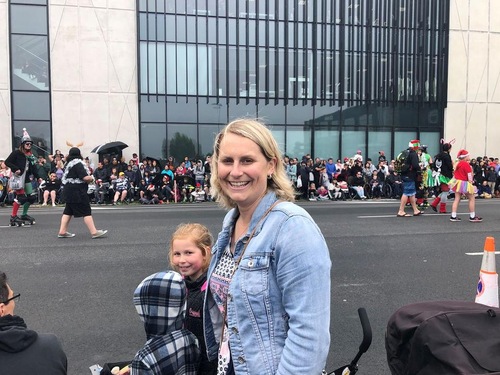 Anita was impressed by the Falun Dafa entry and called the music, “Very joyful! They highlight traditional culture and they immediately put you in the holiday mood. Their music is great. It makes you want to sing along!”

“Memorizing the Fa Is Not a Formality”