(Minghui.org) In celebration of the New Year, the Minghui website has received a large number of greetings from people around the world to express their gratitude for Falun Dafa and to wish Mr. Li Hongzhi, the founder of Falun Dafa, a Happy New Year.

The following selection of greetings from China were sent in by people who don't practice Falun Dafa, but who have family members, colleagues, friends, or neighbors who do practice Falun Dafa. They have come to understand that the Chinese Communist Party (CCP) is wrong in persecuting this peaceful self-cultivation practice that has transformed so many lives. Many of these people have quit the CCP and its subordinate organizations, and subsequently experienced tremendous positive changes in their own lives.

A resident of Jingzhou County, Hunan Province, wrote that after his family learned the facts about Falun Dafa and began to support Dafa practitioners, things improved significantly for him and his family. “My job went very well, and my teenage son stopped giving me a hard time,” he wrote. This year he put up a couplet on their door that said: “Falun Dafa saves people and brings us a better world” and “Thousands of families that learn the facts are blessed by the Buddha Fa.” At the top he posted, “Falun Dafa is good.”

A high school student wrote about the miracles he experienced after he encountered Falun Dafa. He worked very hard in his after-school tutoring classes, for which his family spent about 60,000 yuan over about three months, but he did not learn much. He felt sorry for his parents having to spend so much, but there seemed to be nothing he could do to improve. One day, a practitioner told him about Falun Dafa and how the communist party was mistreating practitioners for their belief. The student renounced the Young Pioneers, a Party youth organization, and every day he recited, “Falun Dafa is good” and “Truthfulness-Compassion-Forbearance is good.” His grades improved significantly. On the recent final exam, he was able to do all the problems and scored near the top of his class. His classmates and teachers were very impressed. “In my heart, I know Falun Dafa truly helped me. Thank you so much and Happy New Year, Master Li!” he wrote.

A resident of Hunan Province contributed a poem:“Falun Dafa comes to the human world,reviving the 5,000-year-long civilization:Thousands and millions are filled with joy at being saved,with our land renewed, heading towards a better nation.”

After witnessing how practitioners have persevered in their belief in Truthfulness-Compassion-Forbearance (the primary principles of Falun Dafa), a resident of Qinhuangdao City, Hebei Province, was so touched that she submitted a poem:“Falun Dafa is a lofty mountain,that uplifts people's mind nature;Falun Dafa is a pure land,acting as a backbone for our society;Falun Dafa is our hope,for preserving traditional values and leading us to a bright future.“ 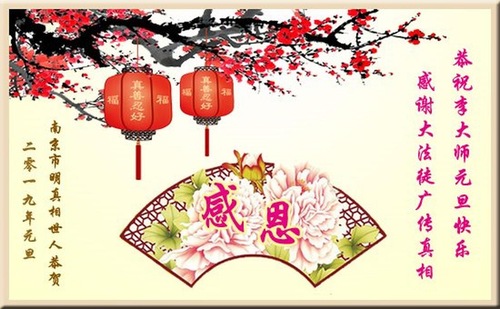 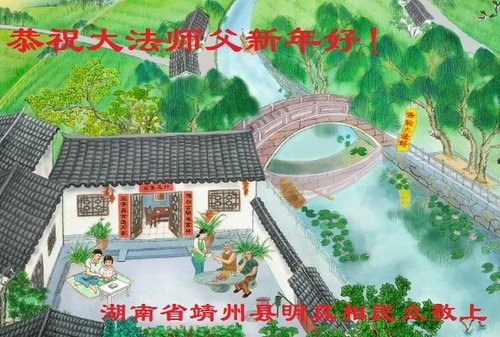 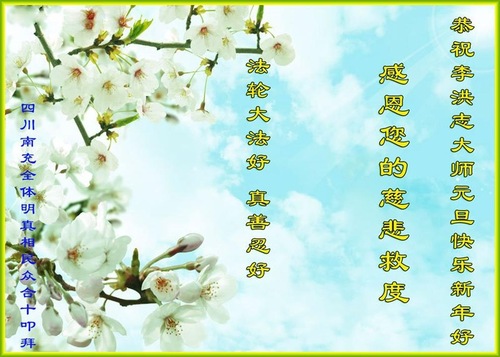 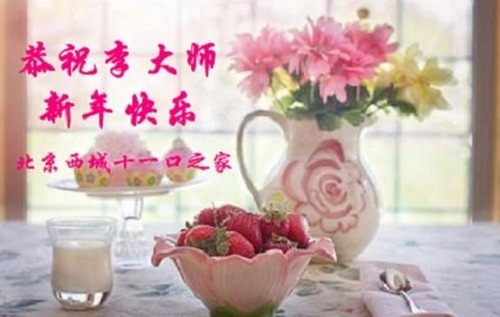 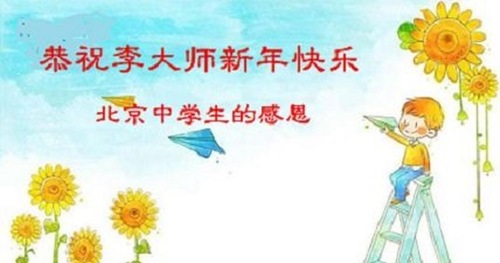 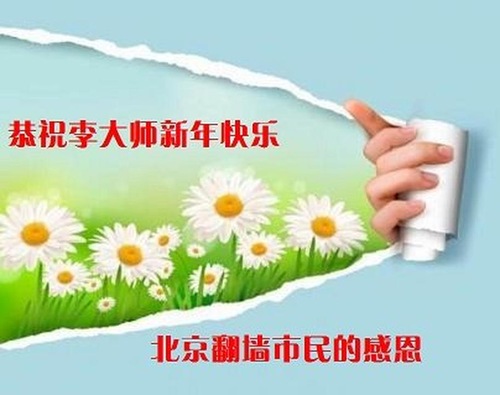 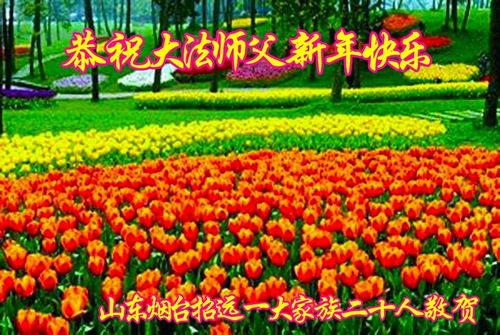 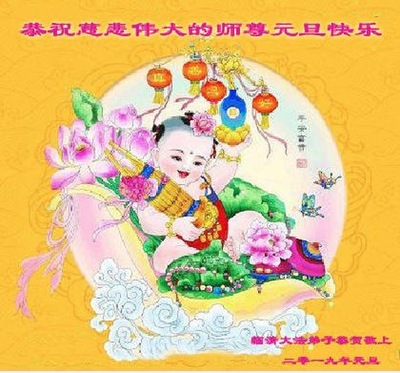 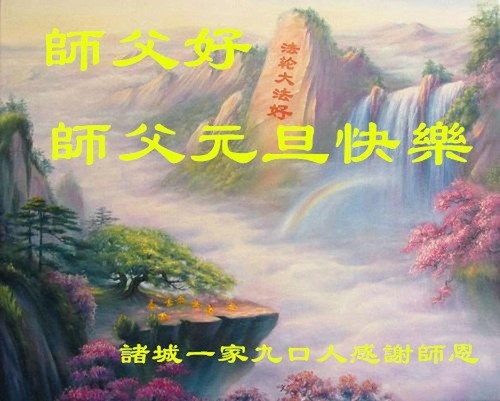 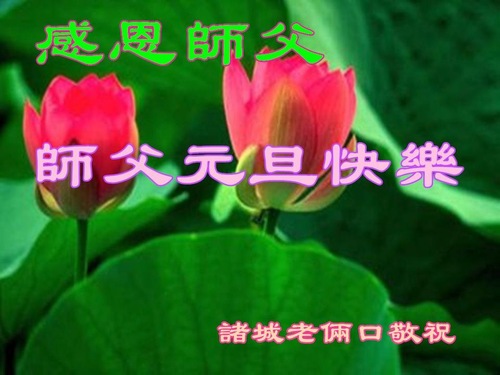 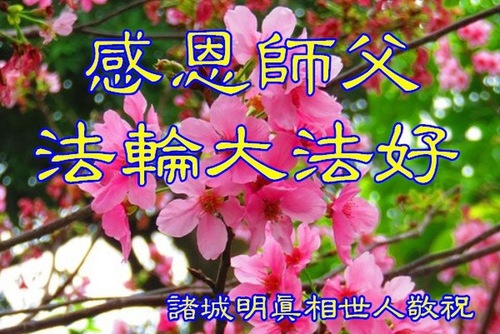 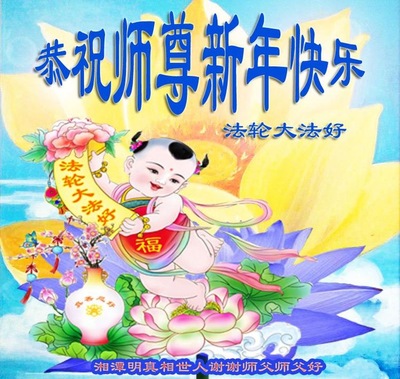 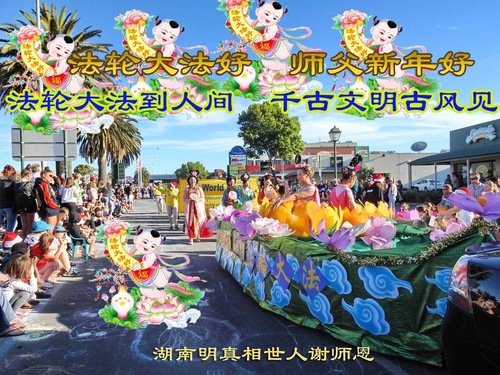 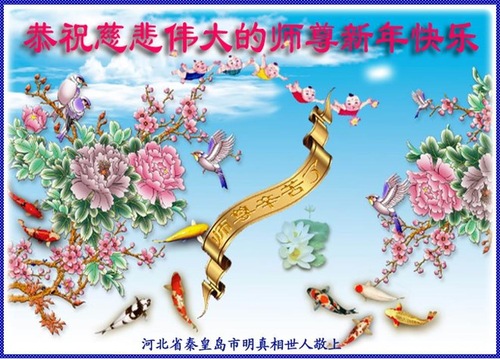 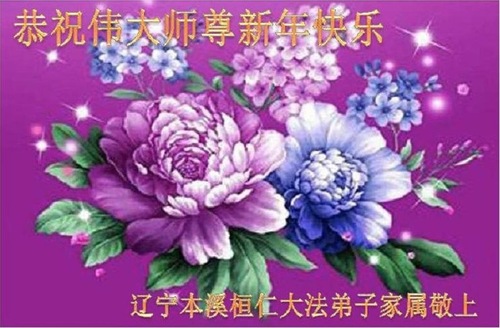 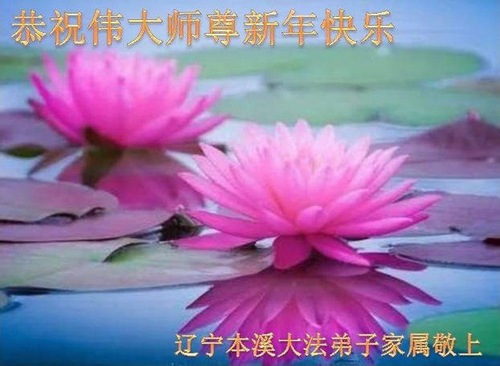 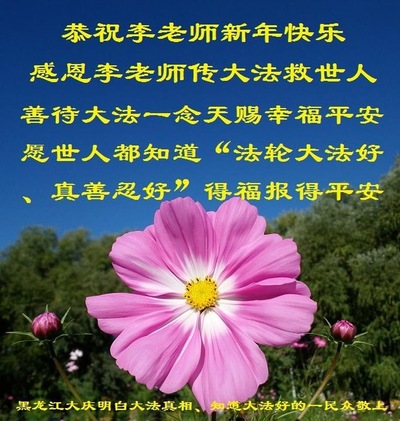 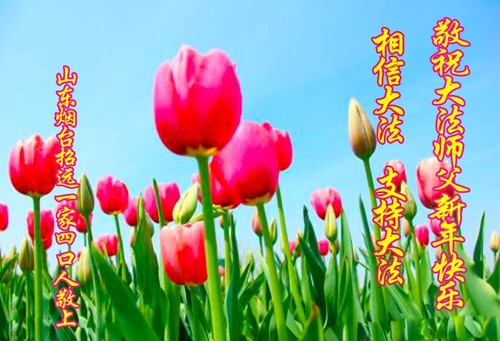 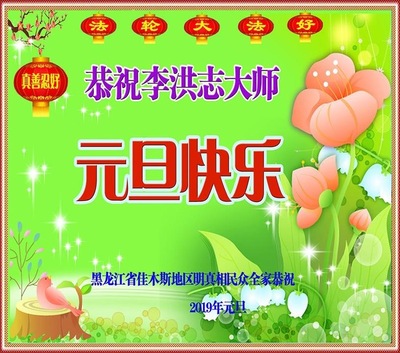 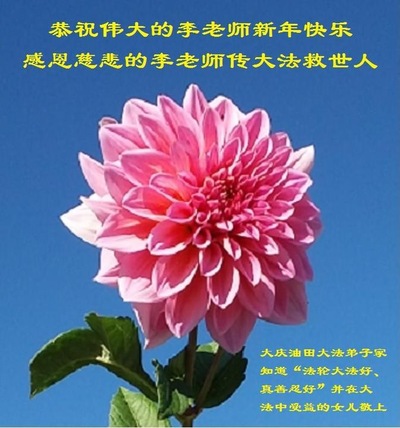