(Minghui.org) A waist drum team formed by Falun Gong practitioners in New York was invited to perform on stage at a Christmas celebration at Royal Albert's Palace in New Jersey on the evening of December 19, 2018. The event was sponsored by South Asia American Community Outreach (SAACO). 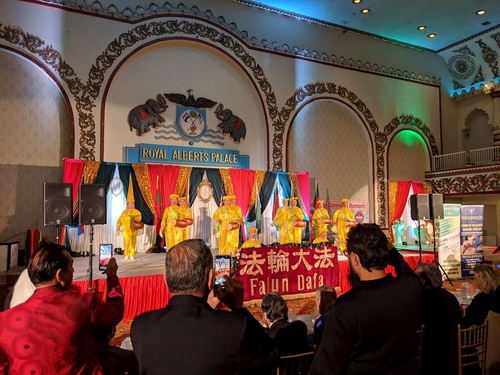 SAACO is a national non-partisan, non-profit organization with a mission to promote the views and voices of the various ethnic groups of South Asia. More than 200 people attended the event, and TV Asia and other media outlets covered it.

The luxurious lobby was filled with festive decorations. and live music added to the cheerful and festive atmosphere. The emcee announced the performance of the Falun Dafa practitioners, adding, “This is a practice of an ancient tradition from China.” 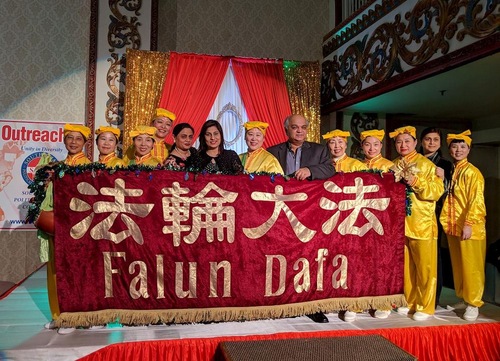 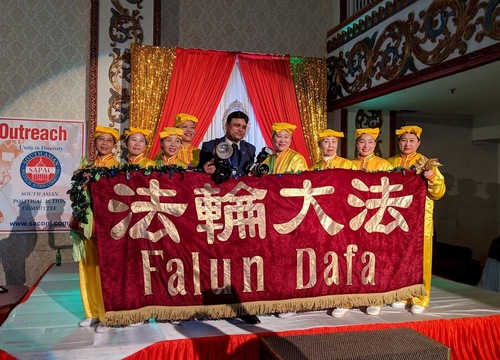 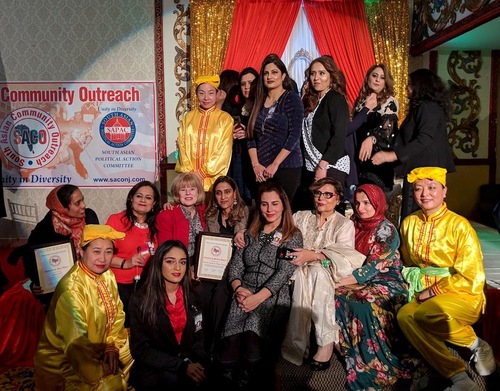 People invite the waist drum team for a group photo.

Welcomed with warm applause, members of the waist drum team walked onto the stage in their eye-catching golden costumes. Reporters took photos.

They performed to the music Falun Dafa is Good and Jubilation. Some audience members danced along to their drum beats.

A buffet dinner was held after the performance, and the waist drum team was invited to have group photos with event attendees. As the practitioners walked around the venue in their golden costumes, people commended them by giving them thumbs up. Some people asked for more information about Falun Gong. 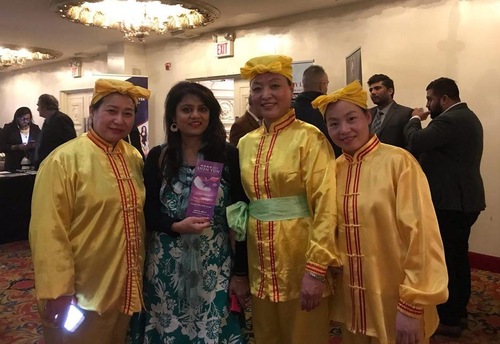 Anita, a Mana TV host, asked to take a group photo with the practitioners and told them, “Your performance is fabulous!”

At the end of the event, practitioners displayed their banner with the words “Falun Dafa” to take a group photo, and other attendees stepped forward to have photos taken with them. 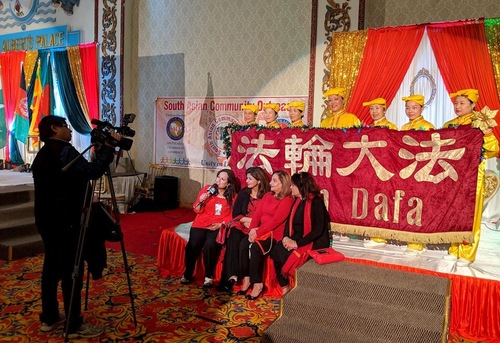 A videographer from TV Asia interviews several waist drummers with the Falun Dafa banner serving as the backdrop.

Madan, a videographer from TV Asia, interviewed each member of the waist drum team. One of the practitioners offered greetings to the station's viewers in front of Madan's camera, “This is TV Asia. We are Falun Dafa practitioners. We wish our friends happy holidays! Merry Christmas!”

Practitioners demonstrated the five sets of exercises outside the event venue. Their slow, rounded movements caught the attention of passersby, and many people paused to watch. Several listened to a practitioner explain the benefits of the exercises and about Falun Gong. Some people followed along with the practitioner's exercise movements. 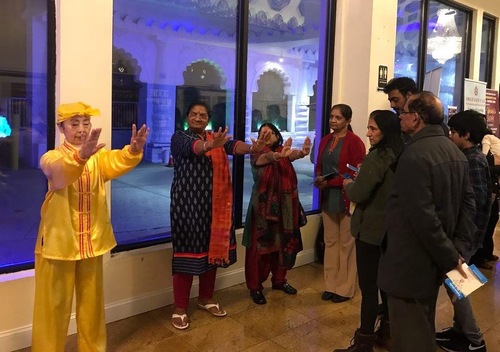 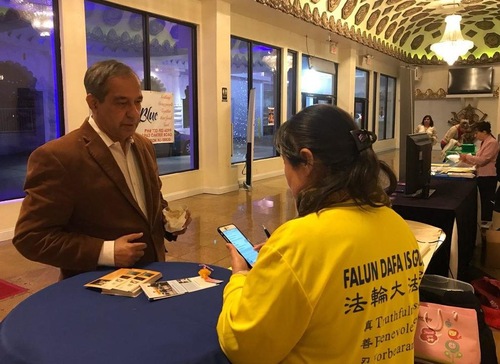 Realtor Mahesh Swali listened to a practitioner explain Falun Dafa. After hearing that the self-cultivation practice can improve health and increase wisdom, he left his business card and asked the practitioner to let him know where he can learn the practice.