(Minghui.org) Falun Gong practitioners joined Christmas parades in Riverhead on Long Island and Port Jervis in Upstate New York on December 8 and 9, 2018, respectively. Their performances were well-received by the crowds and their procession won first prize in Port Jervis. 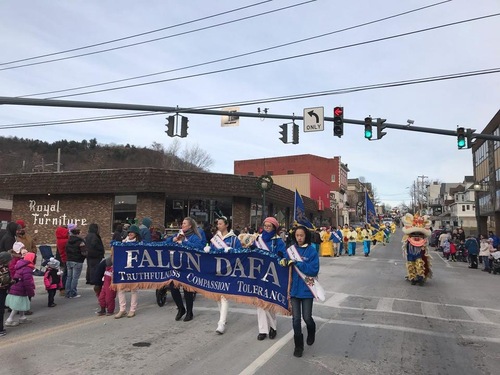 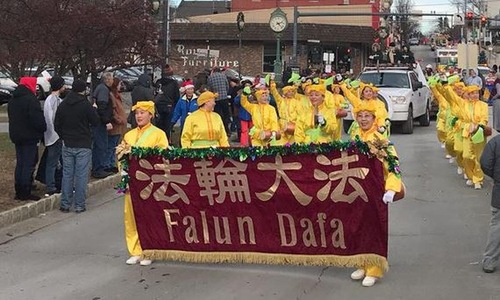 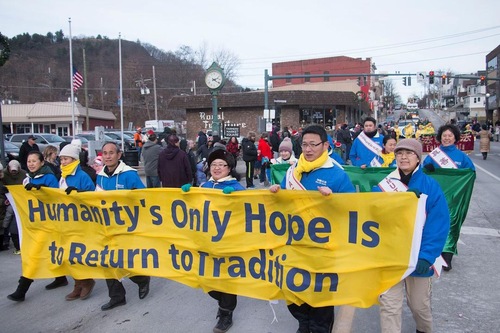 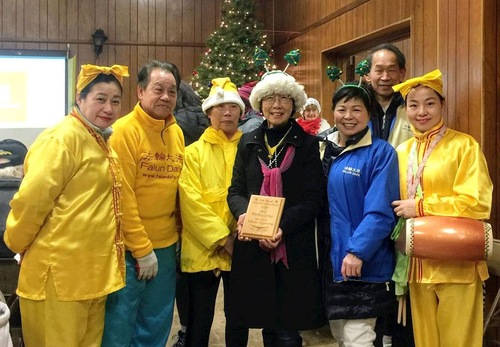 The parade route in Port Jervis on December 9 was near the borders of New York, New Jersey, and Pennsylvania. Falun Gong’s flag team, lion dance, and waist drum team impressed spectators from the three states. 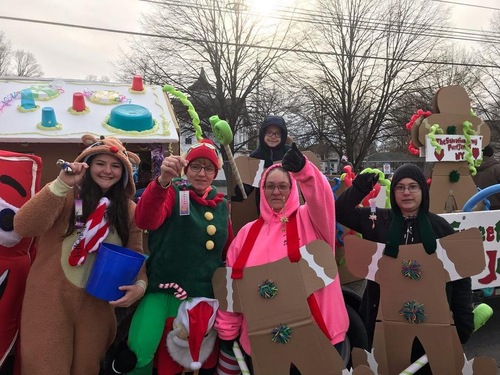 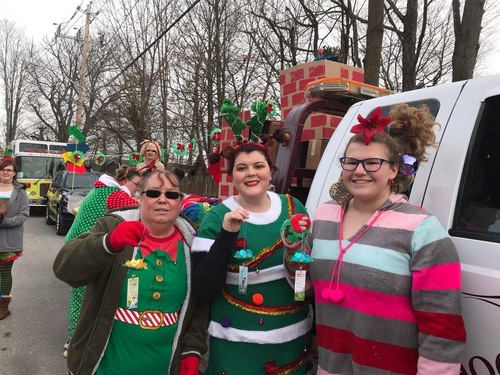 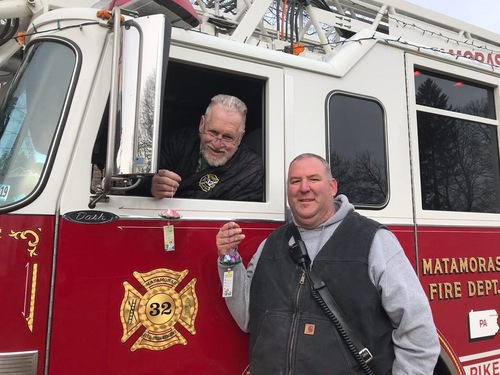 Children along the parade route were delighted to receive hand-folded paper lotus flowers, a symbol of purity in Chinese culture, from the practitioners.

A day earlier practitioners also participated in the parade in Riverhead on Long Island. Robert, the parade organizer, enjoyed the Falun Gong group's performance and said he would definitely invite the practitioners back next year. 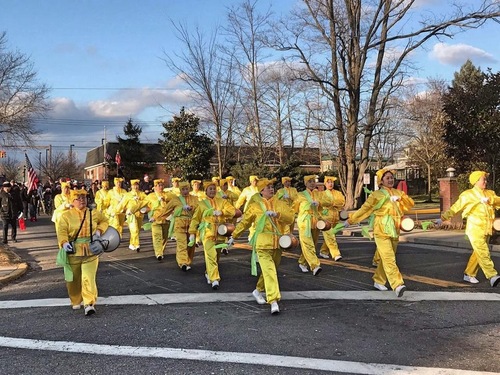 Robert gave thumbs up for the Falun Gong group's performance. He told them that the sound of the drums added to the holiday spirit and their performance was magnificent. 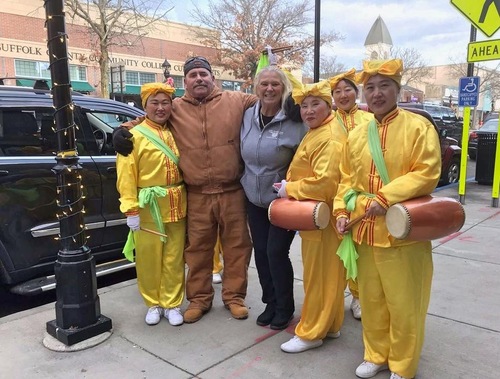 Two of Robert’s friends asked for lotus flowers and wanted to take a photo with practitioners. They also expressed interest in learning the Falun Gong exercises.