(Minghui.org) “I was sitting on my porch this morning, looking on the internet at what was happening in town today, and I thought this was the most fascinating subject. I was curious.” Even though it was pouring down rain, Chris Ladage, a retired project manager, decided to go to the St. Louis International Film Festival to see Letter from Masanjia on November 4, 2018. 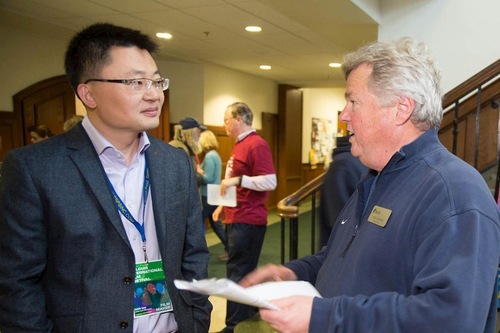 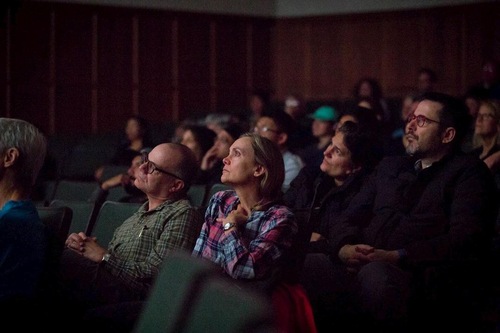 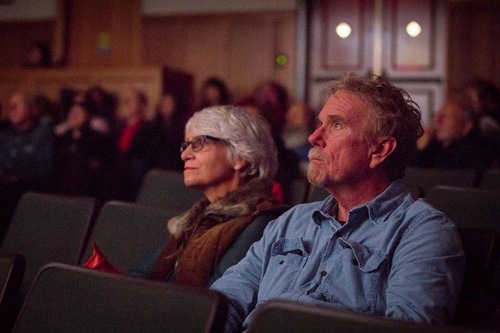 This turned out to be “the most compelling and most moving thing I’ve seen in a really really long time.”

“The movie was so compelling on so many levels. I have to say I can relate to Julie and her daughter being up in the attic, pulling out Halloween decorations. The daughter was the one that opened the letter and had her mother read it. How the domino effect of that one little act is incredible. The story and the man’s strength is just unimaginable to me.

“I had no idea about the Falun Gong practice, and of course not the labor camp. I’m a consumer of a lot of information, and yet I really had no idea about what was going on there, such huge awareness.” Ladage said.

In the documentary Letter from Masanjia, Julie Keith, a woman in Oregon, finds a letter hidden in the Halloween decorations she bought from a discount store. The letter, written in English and Chinese, told of prisoners of conscience, especially Falun Gong practitioners, being tortured and also forced to make products for overseas export. The author of the letter asked the recipient to raise the issue with human rights organizations.

Ms. Keith realized the urgency of the matter and publicized the letter. Mainstream media including CNN, Fox News, the New York Times and other major media reported the incident, which soon received global attention.

Like Ladage, many in the audience who watched the film said this was the most moving and most enlightening film they've seen in the past decade. They want to recommend the film to their friends and contact the local TV station to get the message out.

Audience member Jeff Miller said: “It's one of the most moving films I’ve ever seen in my entire life. How genius he was to bring the story to the world by writing a letter and sticking it in a box. Just amazing, so powerful, courageous, such a moving film. I just hope everyone can see this. I feel lucky we have this at the film festival. I'm so proud of the man who made this film.”

He went on to express his admiration for the main characters' strength and persistence. “(The film) empowers people to speak up for any cause that touches their own lives. It shows what people can do if they start looking, and trying to get the information to the right place. But don’t get discouraged if they get turned down, just keep going. Any cause, whether it was suffering in the wrongdoing, oppression, physical punishment, anything that touches your life, you can touch somebody else’s life. This movie proves that.”

Bob Williams, a retired computer programmer, said that his wife did some research and told him, “We gotta go to see this movie.” He was glad that they did.

“Living here it’s hard to imagine that you get persecuted like that for peaceful practicing of an enlightenment type philosophy. He (Sun Yi) really is a compelling figure, because he didn’t do anything violent and it’s only doing something in your own home.”

The 27th St. Louis International Film Festival runs November 1 through November 11, 2018. According to the organizer, this is the largest film festival they've ever had. A total of 414 films were selected for screening from more than 2,500 entries. The scope of the festival is comparable to the Sundance Film Festival and the Toronto Film Festival.