Peshtera, Bulgaria: Children Cultivate Their Hearts and Minds Thanks to Falun Dafa

(Minghui.org) For the past three months, a group of children from the mountain city of Peshtera, Bulgaria, have been finding peace and confidence in Falun Dafa, an ancient Chinese practice for cultivating the mind and body. The practice consists of five meditative exercises and a philosophy based on the universal principles of Truthfulness-Compassion-Forbearance.

After seeing Dafa practitioners performing the beautiful exercises at the central city park, these six kids learned the movements from them and have become an integral part of the group ever since.

It started when one of the children, Ivan, visited the park a few times with his mother. He then brought his friends, who brought theirs. The kids fell in love with the practice of Falun Dafa and with the beautiful origami lotus flower workshops. Every time the practitioners met at their usual time and place, the kids were already there, waiting impatiently. Just like that, their visits became daily.

“At first we demonstrated the exercises and organized lotus origami workshops, during which we’d introduce the principles of Truthfulness-Compassion-Forbearance. Later on, the kids learned each exercise in detail. We did the exercises together and learned more about them from reading the book Falun Gong,” said local practitioner Kalina Kostova.

During the summer break, the children were eager to go and practice the exercises more often. They were very interested in Chinese language and traditional Chinese culture. They listened carefully to the verses said in Chinese before each exercise and tried to memorize and repeat them.

The children didn’t always want to do all five exercises, so the practitioners made a schedule with days for children’s practice only. On those days, the kids would request which exercises to do. The practitioners tried to steer the children’s interest toward the moral requirements of Falun Dafa and to guide them in applying these principles in their daily lives.

“There are days when we do only two or three exercises and then we make origami lotuses and discuss Falun Dafa’s principles or paint the Chinese characters for Zhen, Shan, Ren (Truthfulness, Compassion, Forbearance). The kids really like Chinese and are trying to remember more words. Sometimes we read Zhuan Falun, the main book of the practice. I suggested that they keep a diary to record every evening how they’ve managed to observe Falun Dafa’s principles that day and if they had a challenging situation,” Kalina continued.

The children embraced the idea and immediately started making entries in their diaries. Within a very short time, they made genuine progress in their understanding of the principles of Falun Dafa, how to apply them, and in improving their character.

“In the beginning, the kids were not focused. It was hard for them to concentrate, and they would stare at each passerby. But in time, as their exercise movements improved, their concentration became deeper, and they started to close their eyes and to actually meditate. Their motor skills, orientation, and coordination improved,” Kalina commented. 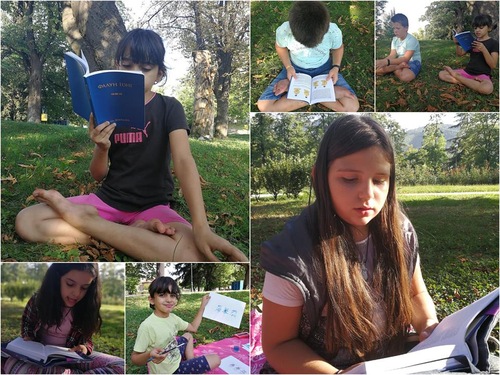 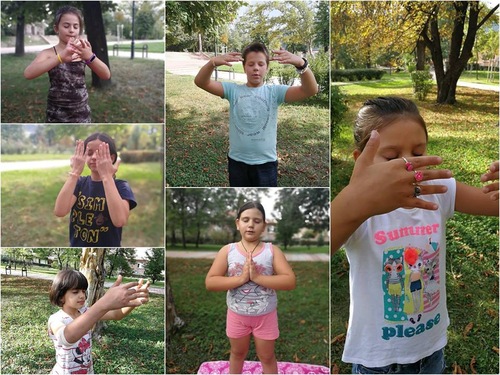 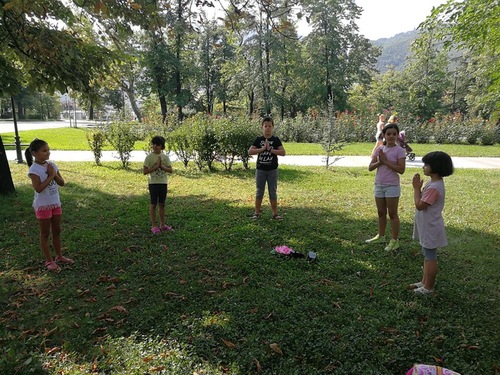 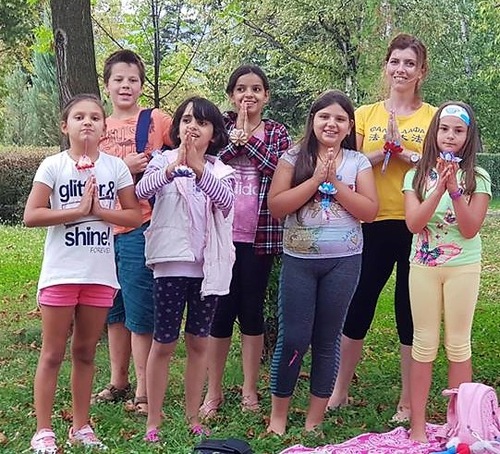 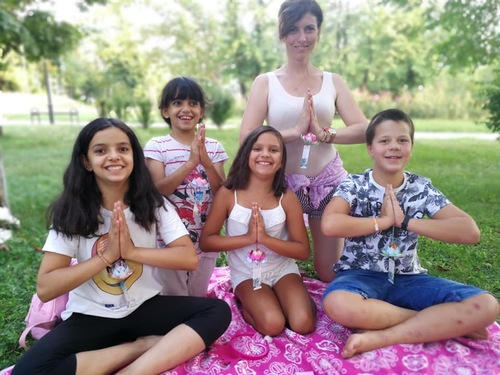 Six local children in the mountain city of Peshtera, Bulgaria, practice Falun Gong together in the city's central park.

Kalina Kostova is a Falun Dafa practitioner and a child psychologist. The children talked about the tremendous changes they'd experienced in the short time they had been practicing Falun Dafa. Their relationships with their parents and older siblings improved. In the beginning of the school year, many of them were surprised to realize that it was easier to do their homework, that they could communicate better with their teachers and other students, and that they could really concentrate in school. 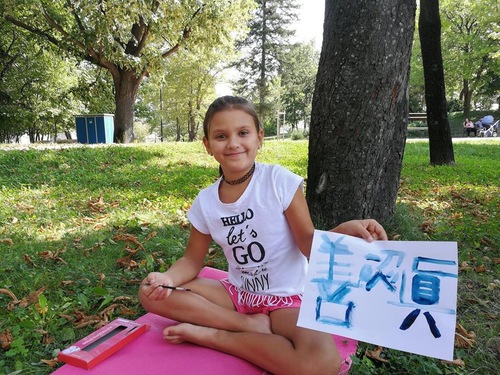 Elina is 9 years old. She said that she had known about Falun Dafa for almost two years because some of her family members practiced and she also knew other practitioners’ children. She had taken part in many origami workshops and Dafa events, but she had just now started to do the exercises regularly. She also shared how she wanted to teach her best friend the exercises because she would often lie for no reason. Initially, her friend was not interested, but when Eli continued to tell her about “the beautiful exercises and beautiful origami lotus flowers,” the other girl agreed to give it a try.

Eli said that Forbearance was the most difficult principle for her to follow. She wrote on September 5 in her diary, “Today my friends and I caught a small lizard. We wanted to keep him in a jar as a pet. But later on I realized we'd taken him from his natural environment and we did not think about his well-being, so we did not follow Shan (Compassion). Then we set the lizard free.” 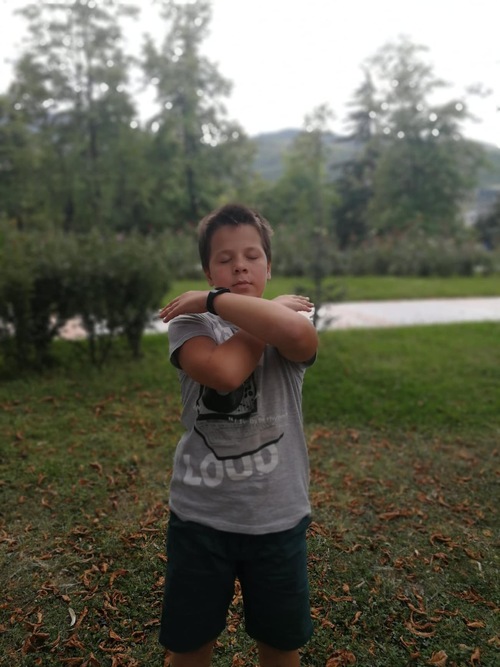 Ivan also shared that practicing Falun Dafa made him calmer. “I thought Truthfulness would be the hardest principle to follow because I often have a short temper and get grounded, but it turned out to be the principle of Forbearance… But I’ve already improved on that and also in Compassion. I’ve started telling the truth more often… Before I had trouble sleeping, but since I’ve started practicing, the nightmares stopped. I have a good night's rest, and I wake up full of energy. I get along well with my teachers and classmates.”

Ivan was surprised and happy to find that at the beginning of the school year he made real progress in his relationships with teachers and other students. He was even elected class president. “Now I understand that, given that honor, I have to fulfill my duties responsibly.” 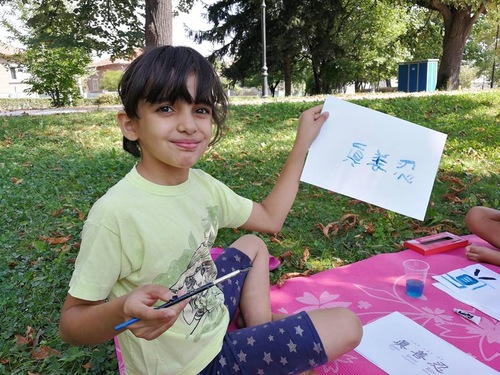 Nine-year-old Emi wrote in her diary, “Today I wanted to take money from my sister’s piggy bank. But something stopped me and I realized that wasn’t good, so I did not do it. Later I told my sister about my intention.” 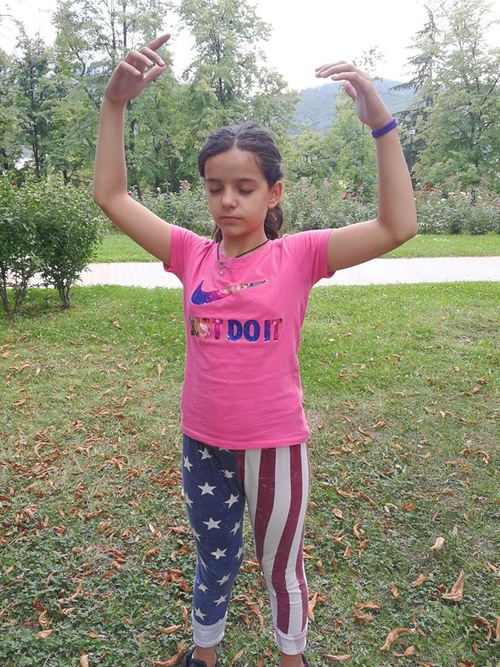 Lilia, 11 years old, said that following Compassion was the easiest for her and that Forbearance was the hardest. She said it was hard for her to control herself in conflicts and when she could not get her way, but now she was trying not to talk back. “This year I became very tolerant toward my teachers and classmates. I do what I am supposed to, and I do my homework without complaints or resentment.” On October 3 she wrote in her diary: “My sister did not want to prepare her school bag with all the books and notebooks. I followed Compassion and helped her do that.” 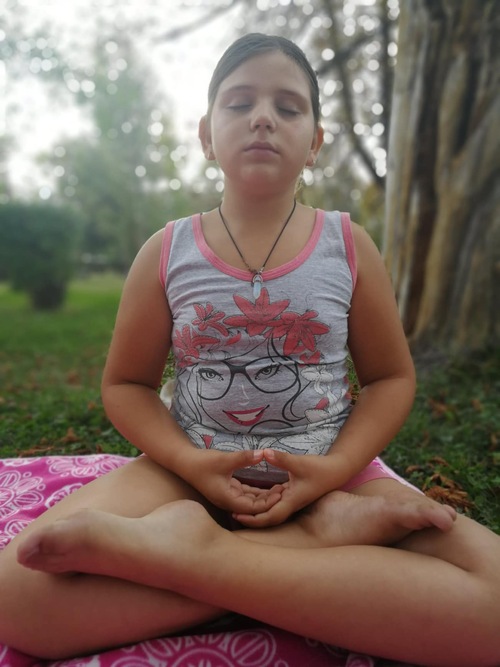 Angela, 10, said that she liked all the exercises but that the fourth one was her favorite. She rapidly gained a very good understanding of Falun Dafa’s principles. “I want to learn to do all five exercises well, including the meditation. We all got Falun Dafa pins, and we have to be worthy of them and wear them with dignity. We have to be responsible to the practice.” 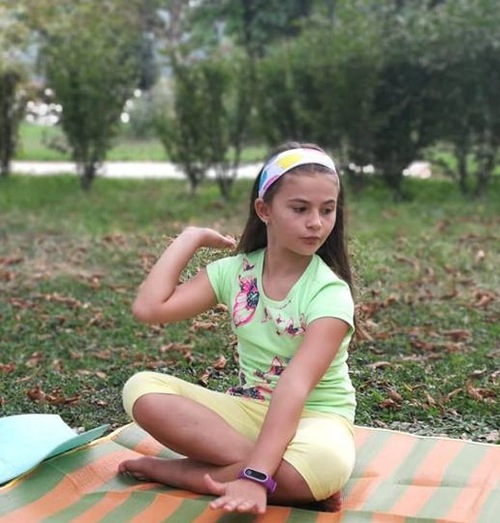 Nine-year-old Kalina is Ivan’s sister. She wrote in her diary, “Yesterday we played cards with my brother. He won because he cheated, and I got mad and put the cards away. Then I realized that I did not follow Compassion and took out the cards for a new game.”

Since the beginning of the school year, the kids have had less time, but every Saturday they come to the city park for group exercises. They are now bringing other students to the practice site, and their numbers have increased.

All of them are aware of the persecution of Falun Gong in China, and most signed a petition calling for its end. One child commented, “It's such a good practice. Everyone should be allowed to do it, and everybody in China should forget they have ever persecuted Falun Dafa followers or had bad intentions toward them.”

“I wish the petition and the practitioners in China success,” Ivan said.

“There Would Be No Tribulation If There Is No Attachment”

“Learning To Truly Value Each Practitioner”