(Minghui.org) Falun Gong practitioners were invited to participate in the Aki Festival, a fall festival in Hiroshima, Japan, in November 2018. They performed on stage, had information booths, and did exercise demonstrations.

The Aki Festival's roots originate from an awe of nature and the divine. It is a celebration for people who had a good harvest, allowing them to express their gratitude to the divine. 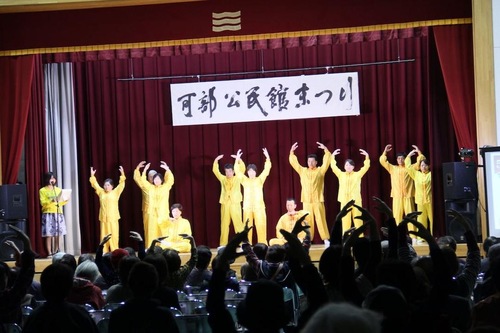 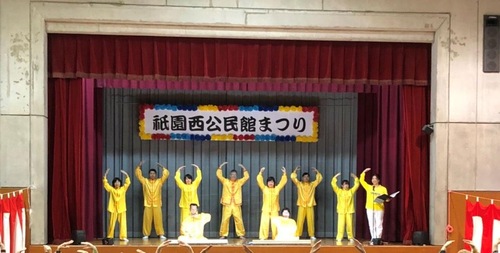 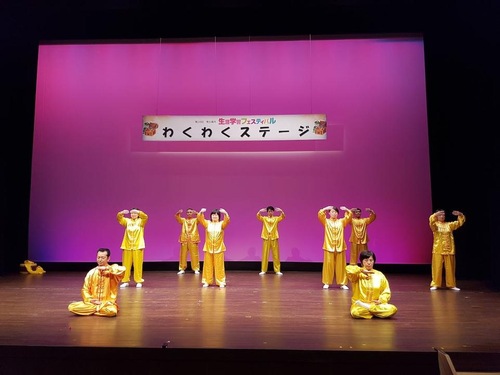 Demonstrating the exercises at the East Hiroshima Civic Culture Center.

The director of the civic center recommended people try Falun Gong. Many came to learn the exercises. Some said they felt strong energy. Two 80-year-old women said they felt warm from the energy and others said that they felt refreshed. 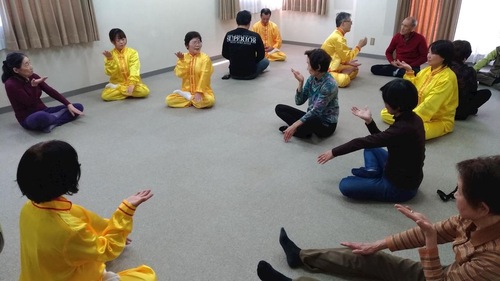 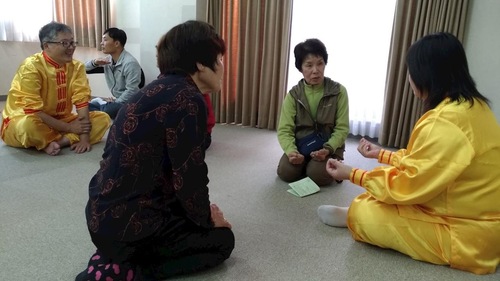 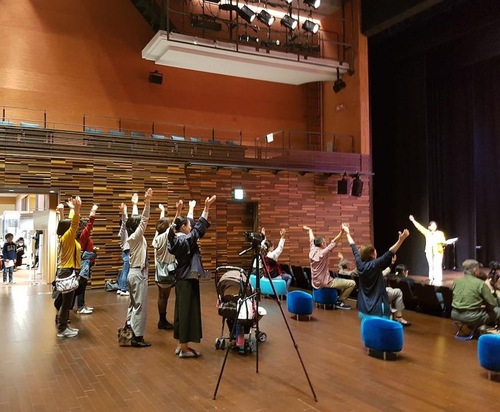 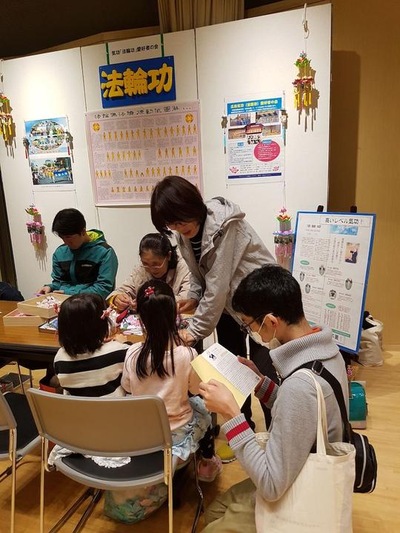 An attendee named Ms. Fujiwara was struck by one of the practitioners' performances, “Your demonstration is wonderful! I stood beside the stage when you were demonstrating. I was the next group to learn the exercises on stage. ”

She said she felt that Falun Gong was unique and that she thought more people would be learning it.

Some people read Falun Gong flyers on site. Others mentioned that they would learn Falun Gong at the group practice site.

“The Amazing Power of Dafa”