Germany: Raising Awareness of the Persecution of Falun Gong in Front of the Cologne Cathedral

(Minghui.org) Falun Gong practitioners held an event on the square in front of Germany's most visited landmark, the Cologne Cathedral, on November 17, 2018. Many tourists and local residents paused to learn about Falun Gong and the Chinese Communist Party's (CCP) persecution of innocent practitioners.

The tourist said it was beyond imagination that a ruling party could do such things to its people. The practitioner told him about the CCP's state-sanctioned live organ harvesting from Falun Gong practitioners. The tourist was shocked and said that facing such a crime “everyone must make a choice between good and evil.” 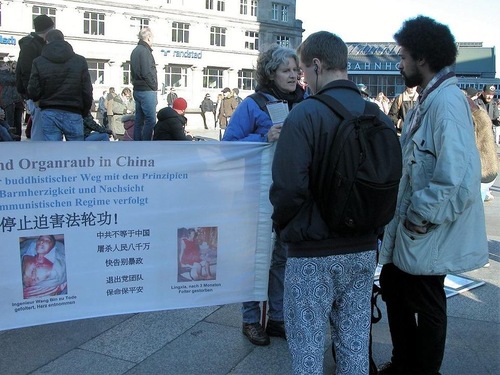 Raising awareness of the persecution in front of the Cologne Cathedral. 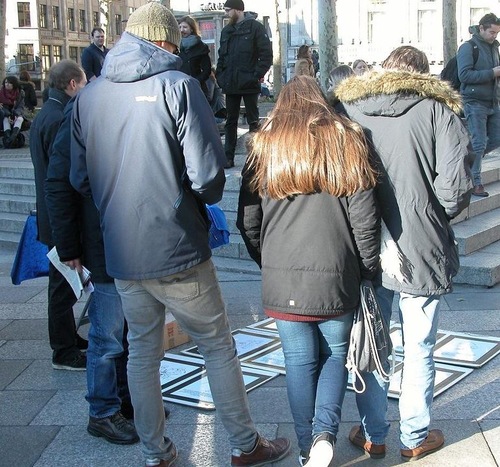 People view a poster board with information about the CCP's persecution. 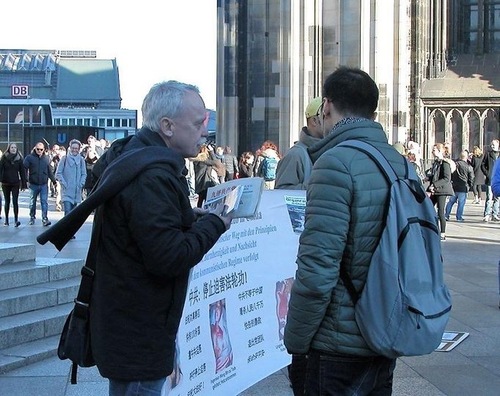 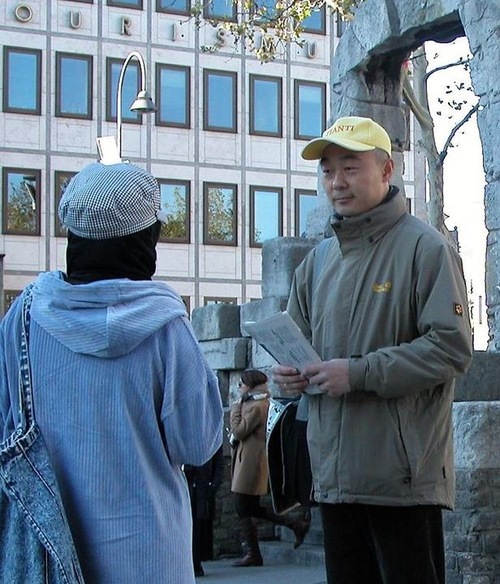 Falun Gong practitioners have held events in front of the Cologne Cathedral periodically since 2000. The events have caught the attention of many people.

An undergraduate student named Glenn had learned about the CCP's persecution during one such event outside the cathedral. Glenn wanted to help more people know about the persecution and decided to spread the word by utilizing his professional skills. He visited the event site on two occasions to take video footage and interview practitioners. His video titled “Falun Gong – persecuted, tortured, and slaughtered” was posted on YouTube on October 10, 2018.

A young Chinese man was interested in the event and took many photos. He said that he was a student from another city and had learned about the CCP's persecution from other practitioners when he visited a tourist attraction. He had also read the Nine Commentaries on the Communist Party. A practitioner asked him if he was a member of the CCP or its affiliated organizations. He said that he had joined passively. He renounced his membership of the CCP during the activities.

“The Amazing Power of Dafa”