California: Falun Gong Practitioners Hold Rally Calling For an End to the Persecution

(Minghui.org) Falun Gong practitioners held a rally in Barnes Park in Monterey Park City, Los Angeles, on November 11, 2018. The speakers at the rally spoke about the Chinese Communist Party's (CCP) persecution and called on the CCP to immediately release practitioners who are incarcerated in China. Rally participants then held banners along the city's busy streets to raise awareness. 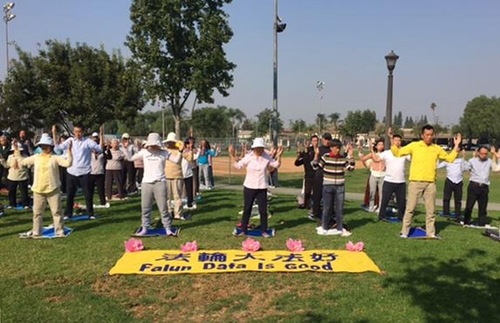 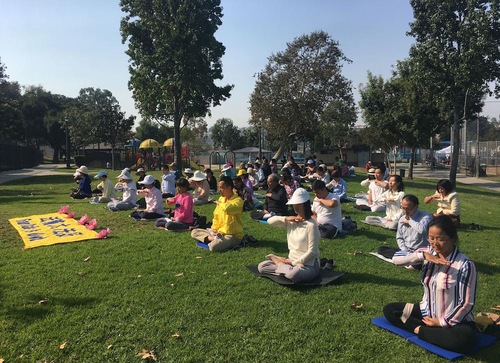 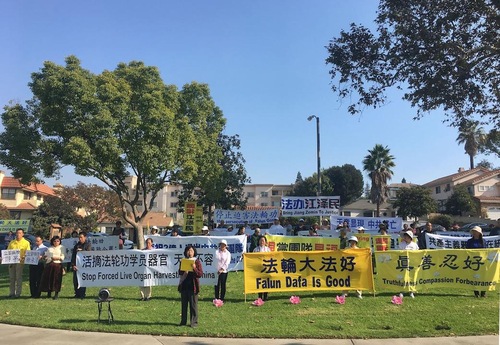 Rally calling for an end to the CCP's persecution.

“Today, we hold this event to speak for the Falun Gong practitioners being persecuted in China, and to expose and stop the persecution,” she said. 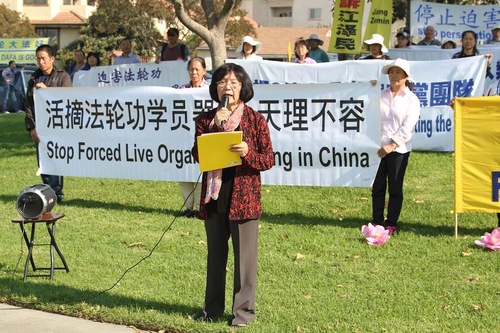 Helen Li speaks at the rally.

Li said that the 19-year-long persecution has already caused many broken families and the CCP recently escalated its persecution through illegal surveillance, increasing the frequency of kidnappings, ransacking homes, illegally arresting practitioners and subjecting them to imprisonment.

Practitioner Haizhen Xia from Shanghai narrated her experience of the CCP's persecution, “I was imprisoned in Shanghai Women's Prison for seven years, just because I practiced Falun Gong. I suffered various forms of torture, such as being deprived of sleep, force-fed while tied to a bed, being cuffed and suspended for 17 days, electric shock torture and brutal beatings.”

“I now stand in the land of America with my freedom,” Xia said, “But practitioners I know well are still imprisoned. Among them is Chen Ping, who graduated from Harvard University with a Masters degree and was imprisoned in the same prison as me. She was arrested by police a few days ago. Another practitioner Xu Yongqing, an engineer from Shanghai, was sentenced to two years in prison in September this year.”

“Today, I call on each kind person with a sense of justice to stand with us and stop the CCP's persecution,” Xia said. 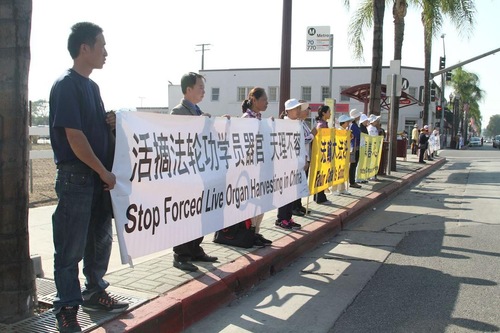 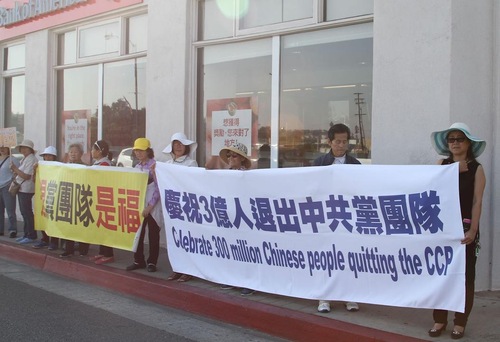 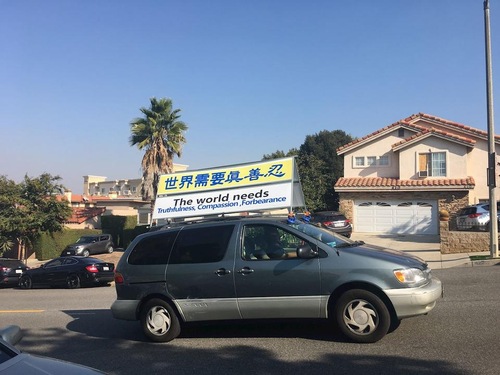 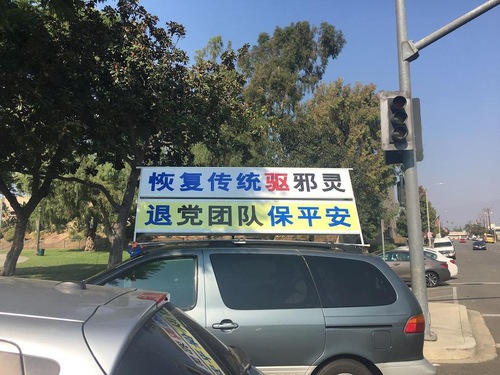 Practitioners arranged seven vehicles with billboards on top to drive through the streets at the same time as the activities.

A Chinese couple viewed the posters with Falun Gong information and banners. The husband said, “We have already quit the CCP and all its affiliated organizations. The CCP has harmed China for so many years, we hope it will collapse soon.”

Many drivers passing by in vehicles honked their horns to greet practitioners or gave them a thumbs up to express their support.