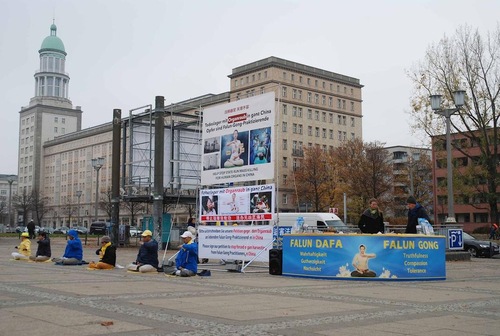 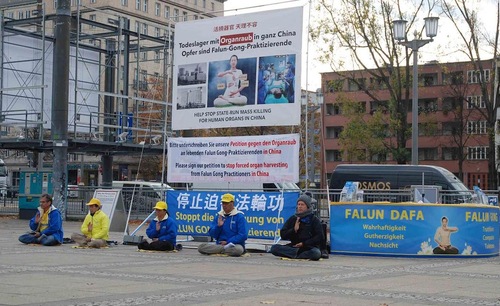 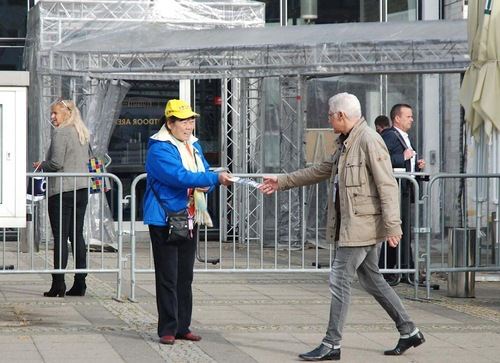 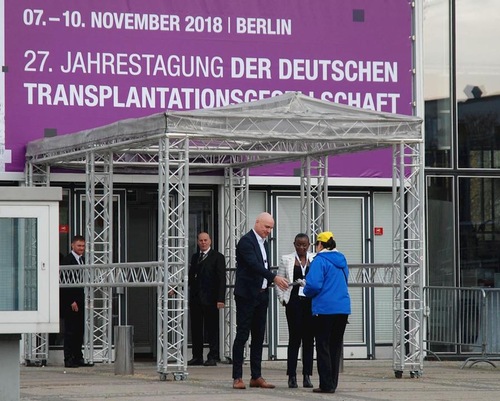 Falun Gong practitioners held large banners, demonstrated the exercises, and explained the facts of Falun Gong and the CCP's persecution to doctors, medical professionals, and passersby. They called for help to stop the brutal acts of the CCP. Many accepted Falun Gong informational materials and were appreciative of the practitioners' efforts. 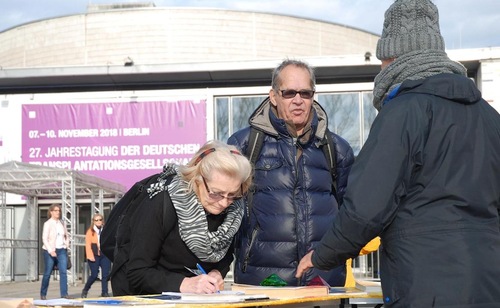 His wife, Mrs. Hagenburg, said, “I grew up in the East German region of Berlin. Even at that time, there was no organ harvesting in East Germany. People must take action to stop it. No matter what, we must actively act to oppose it.” 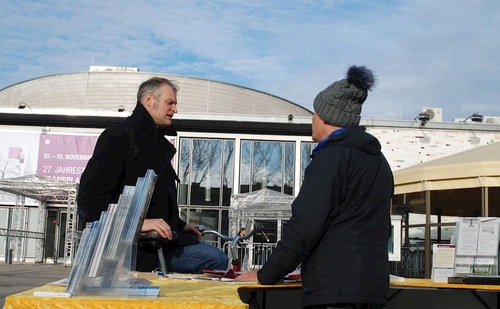 Andreas Krumm signed the petition and talked with a practitioner for about twenty minutes. He said, “I hope more people can sign this so the German government can mention the concern about the persecution of Falun Gong in a high-level dialogue with the CCP. In the past in high-level dialogue between the two countries, the German government paid attention to commerce and trade while ignoring what’s happening in China.”

Krum said, “I was shocked. I could not imagine that there are such cruel things happening in today's world. I only know the persecution of Jews in German history. I didn't know in today's China there is such a brutality against the Chinese people.” 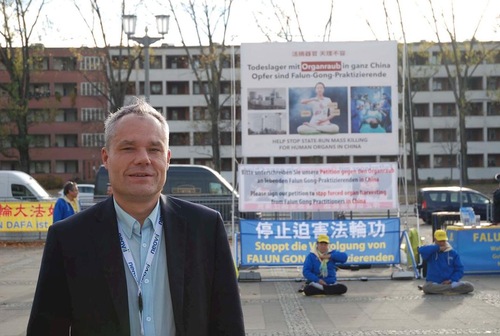 He said, “I hate the CCP's persecution of human rights. They trample humanity and are hostile to human beings. I lived in East Germany for 20 years, so I know the Communist Party. I will tell the people around me, my friends, including the doctors who attend the meeting.” 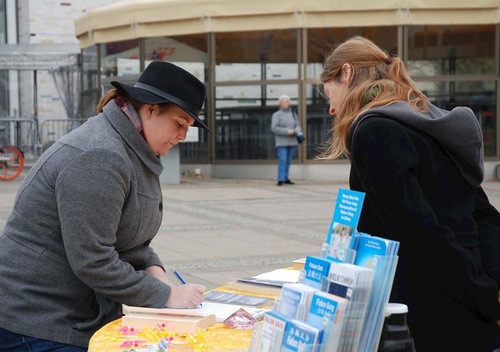 Stephanie Russ had tears in her eyes after she read the flyers exposing the CCP's forced organ harvesting. She asked how she could help. She said, “I hope that all people will be awakened and see what has happened in the world. It is very sad that Falun Gong practitioners suffer forced organ harvesting. We have to work hard to stop this. The more people that know the truth, the more they will object to the persecution.”

When Ruth passed by the Brandenburg Gate a few weeks ago, she saw Falun Gong practitioners' posters exposing the persecution, but she had no time to stop and look. She then went online to check the news about Falun Gong.

She said, “My god, it’s horrible. I thought at the time that it would be good to meet Falun Gong practitioners again. It’s great to see you today.”

“The persecution is related to everyone in the world. An innocent person is oppressed and tortured. This is a very sad thing. If one turns a blind eye to it, it is even worse. Although I am sad, we have to be strong and work together to stop this, she said.” 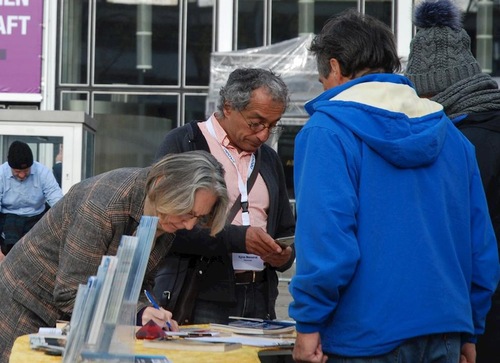 Waldemer signs the petition on her way back to her company. 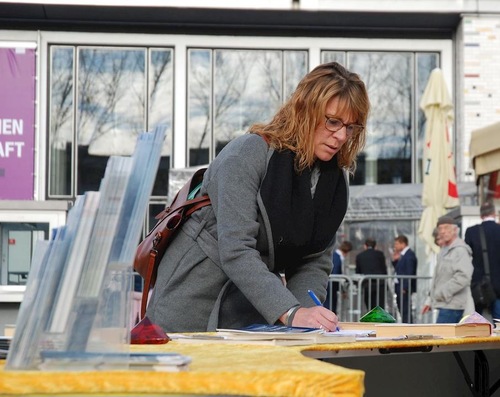 Abigail Welchman signs the petition on her way to see a doctor.

Abigail said, “I hope all people in the world know about this persecution. I will give a copy of the flyer to my doctor.”