(Minghui.org) The Falun Dafa Association of Kawasaki was invited to take part in the 41st annual Kawasaki City Citizens' Festival on November 2, 2018, to demonstrate and teach the practice. Many visitors experienced the ancient Chinese cultivation practice by attending a free teaching session at the festival stage.

Falun Dafa, also called Falun Gong, is an ancient Chinese spiritual cultivation practice that was introduced to the public in 1992 by Master Li Hongzhi.

The City of Kawasaki, in Kanagawa Prefecture, is an important industrial city near the Greater Tokyo area. The citizens' festival attracted more than 600,000 visitors last year. 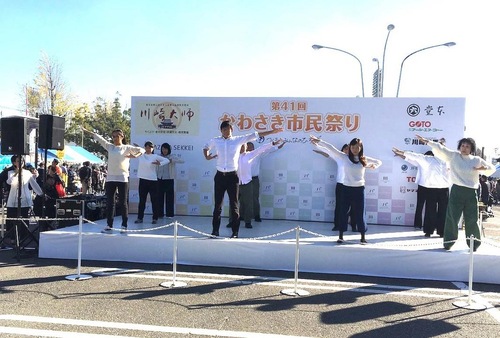 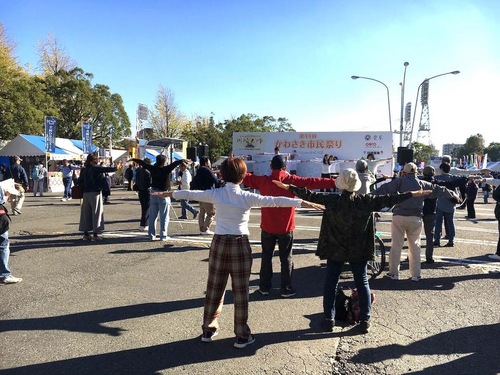 Ms. Gahara Teshi, a local Falun Dafa practitioner, said that many visitors learned the exercises that day; practitioners also participated in a similar event in the Hashimoto area where many visitors also showed great interest in the practice.

An older gentleman read a flier introducing Falun Gong and did the exercises along with the demonstration on the stage. “I feel the energy. My hands are warm. Falun Gong is very beneficial to my health,” the man said, “But I heard it is not allowed to be practiced in China. What a pity!”

After the demonstration and teaching, many Kawasaki residents asked questions and wanted to take part in the group practice.

“China Fahui | Because I Follow Dafa's Teachings My Business Has Blossomed”