(Minghui.org) The 33rd Peace and Love Hiroshima international exchange festival was held in the city's central park on October 28, 2018. Falun Gong practitioners were invited to take part in this year's event as representatives of traditional Chinese culture. A dozen other groups representing different cultures were also present, including groups from Hungary, India, Mongolia and other countries. 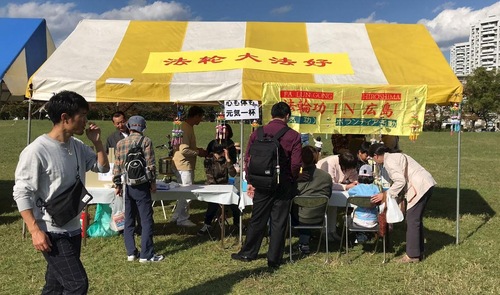 Practitioners take part in the 33rd Peace and Love Festival in Hiroshima. 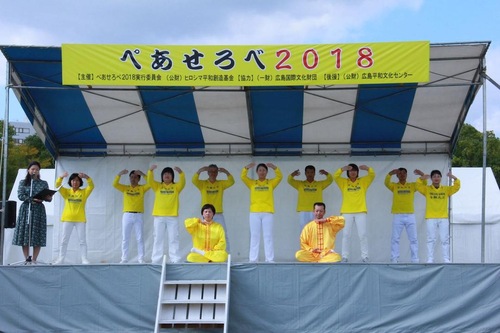 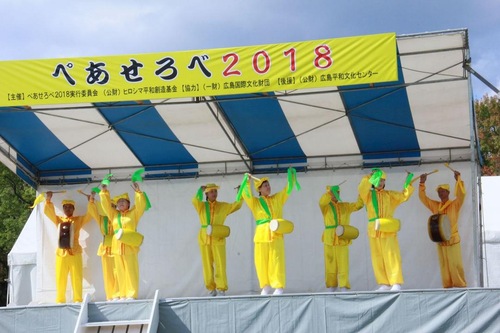 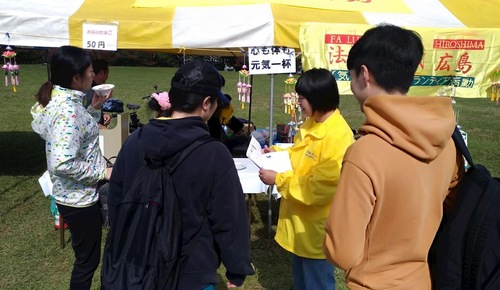 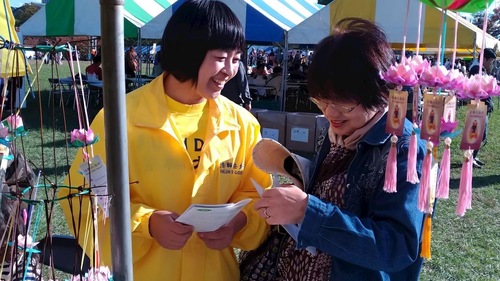 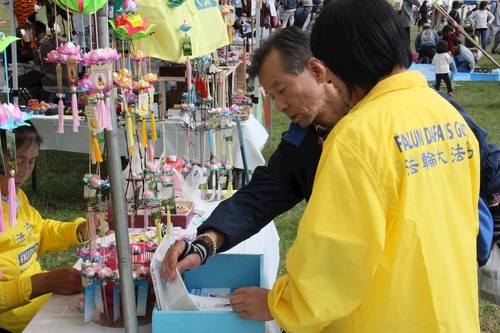 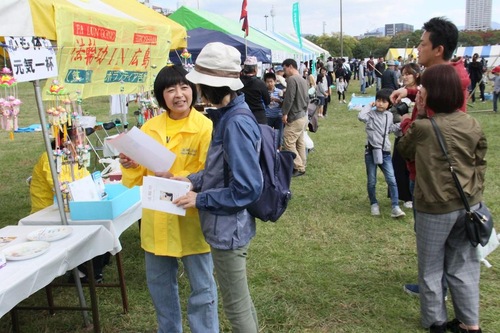 Photos 4-7: People learn about Falun Gong at the information booth. 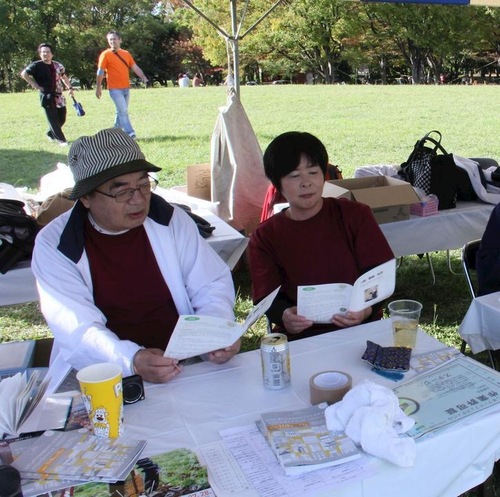 Members of a local organization read about Falun Gong. 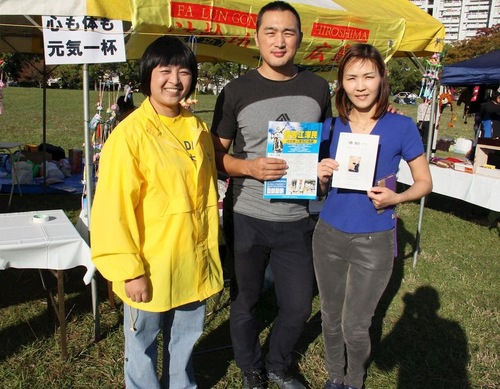 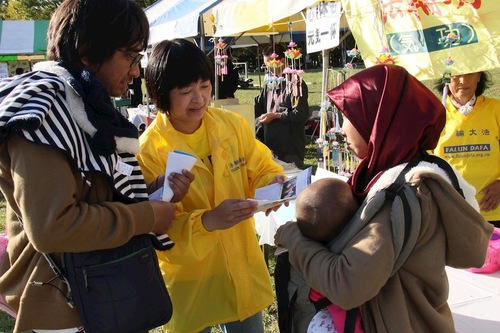 A married couple from Indonesia listen to an introduction of Falun Gong.

The festival featured stage performances, various displays and other live entertainment. Falun Gong practitioners performed the traditional Chinese waist drums and demonstrated the Falun Gong exercise movements on stage. A teacher from China who was visiting relatives said he knew several practitioners in China from his workplace. They were fired from their jobs and their salaries were withheld simply because they practice Falun Gong. He expressed sympathy for the practitioners who are persecuted in China.

Falun Gong practitioners had a booth where they displayed information, taught visitors how to fold paper lotus flowers and served Chinese tea eggs. Many festival goers expressed interest in learning Falun Gong. A young couple from Inner Mongolia in China decided to quit the Communist Youth League after learning about the brutal persecution of Falun Gong practitioners in China.