(Minghui.org) At the 64th Nagoya Fall Festival, which was held in Sakae, the busiest area in Nagoya, Japan, locals and tourists alike had a chance to learn about the persecution of Falun Dafa in China. Many signed a petition calling for former Chinese Communist Party (CCP) leader Jiang Zemin to be brought to justice for initiating the persecution of Falun Dafa in 1999.

The festival's official website said there were more than 2.2 million attendees. 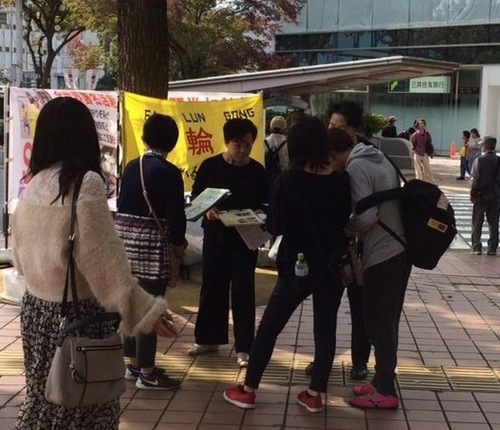 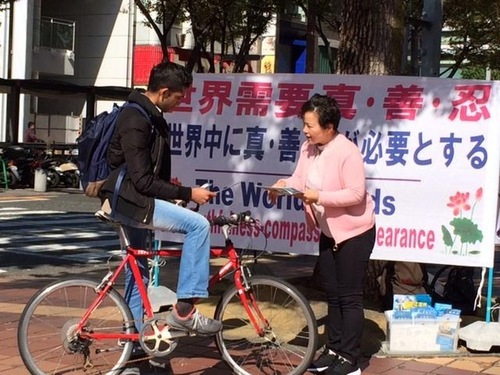 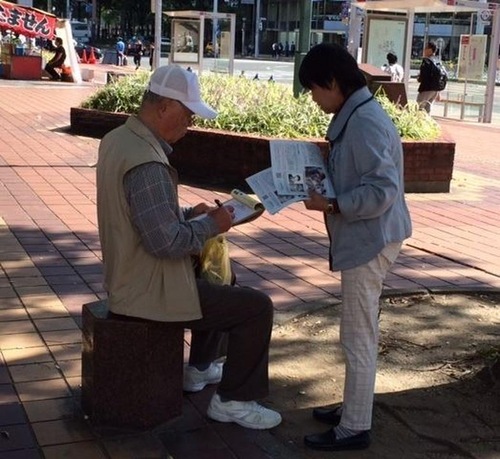 Falun Dafa practitioners chat with festival attendees to raise awareness of the persecution in China.

One man who took several Falun Dafa pamphlets said that he would give them to his friends. He said that he already knew about the persecution, including the fact that Falun Dafa practitioners are killed for their organs.

He was not pleased that the Japanese media has largely remained silent on the Falun Dafa issue because of economic concerns.

Two students from China who are studying in Japan quit the CCP and its affiliated organizations after talking with practitioners. They also signed the petition to bring Jiang to justice.

Four Chinese tourists spoke with a practitioner who told them that Falun Dafa had spread to over 100 countries and was only persecuted in China. They took information and said that they would read more about it when they got back to their hotel.

“Shandong Woman Sentenced to Four Years for Her Faith”