(Minghui.org) After its twelve-city tour in Asia, the Shen Yun Symphony Orchestra kicked off its 2018 North America Tour in Toronto, Canada on October 5, 2018. The company next performed in Maryland and New York in the United States on October 7 and October 10. 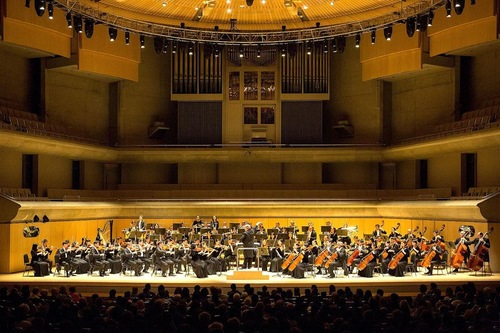 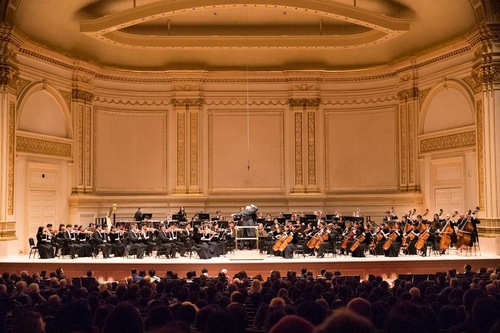 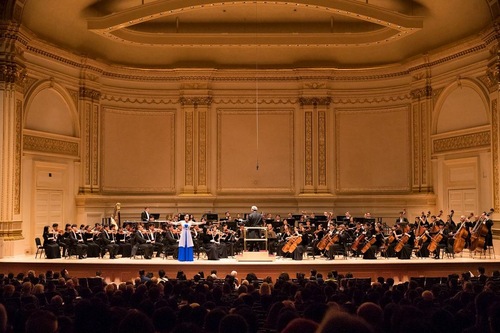 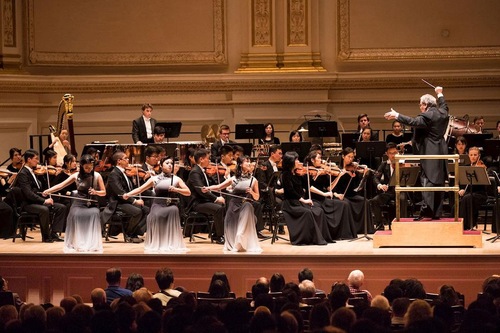 Erhu trio by (right to left) Qi Xiaochun, Linda Wang, and Karen Yu at the Carnegie Hall in New York. 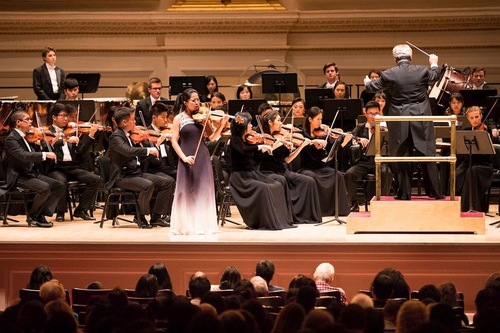 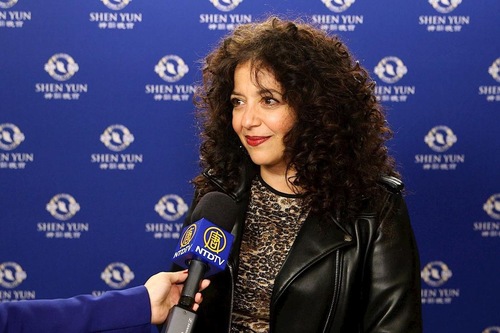 “Tonight’s experience was an amazing display of virtuosity, of talent, of something different, of extraordinary warmth, nuance, power, and extremely entertaining,” said Julie Nesrallah, a mezzo soprano and the host of CBC Radio 2 national flagship classical music program.

“It’s just perfect... This combination [of East and West] is just—I like to use the word ‘delicious’ because you get all this flavor, but with this big sound underneath. It was amazing, excellent,” she said.

“The singer [Haolan Geng, soprano] had a voice that was so strong and compelling... and this voice that came out, it was shimmering like silver. It carries all the way—so much strength that carried all the way to the end of the hall,” Ms. Nesrallah said.

She added, “When you have a long day or long week, you go to see this show, and you feel good. You feel uplifted.” 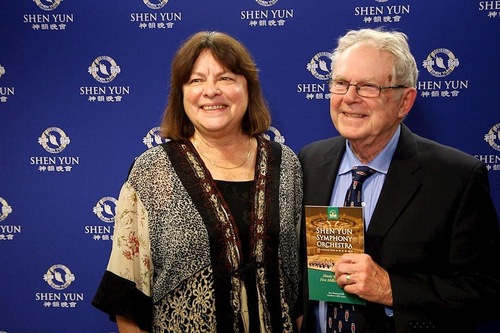 “The sound was wonderful. The orchestra is truly dynamic, and one can only admire the incredible discipline that it has. And the energy that it puts into every piece that I heard—it was beautifully conducted and every section had virtuosos,” he said.

“[The erhu] comes closest to the human voice I think. And I’m an amateur singer so that’s something I appreciate. You can feel somebody singing when you listen to the erhu,” Mr. Herren described.

“Puts You in Another World” 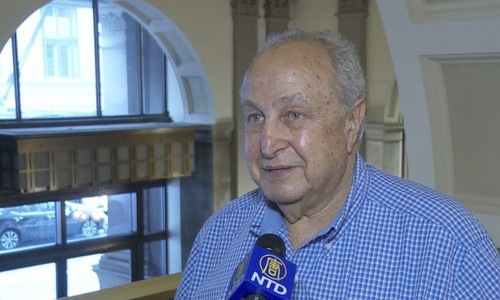 “The music, the orchestra is outstanding. It’s beautiful show. It makes you become in another world,” he said.

“It puts you in another world. A relaxing world... It picks you up,” Mr. Giovannelli said. 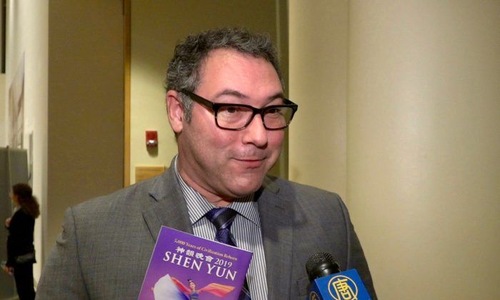 Michael Mobley, senior manager of training development and knowledge management, at the Music Center at Strathmore in North Bethesda, Maryland, on October 10, 2018.

“This has been breathtaking, absolutely breathtaking,” said Michael Mobley, a senior manager of training development and knowledge management.

“It’s such a magical blending of both styles of music. I’ve been to the regular symphony before, but you just don’t get this. This is something incredibly special,” he said.

“It’s just vibrant. It has certain energy that you don’t normally get,” Mr. Mobley said.

“I actually was really tired, and almost didn’t come. And instead now, I’m just completely revived,” he said.

Shen Yun Symphony Orchestra will continue its North American Tour with upcoming performances in Boston, Massachusetts on October 13; Washington, DC on October 14; and Chicago, Illinois on October 20. Tickets and more information can be found at: www.shenyun.com/symphony.