Imprisoned Man Plans to File Motion to Reconsider His Case

(Minghui.org) A Huachuan County resident imprisoned for his faith planned to file a motion to reconsider his case, after being charged and sentenced without any legal basis.

Mr. Liu Ziping, in his fifties, was arrested on April 24, 2017, while distributing materials that exposed the Chinese communist regime’s persecution of Falun Gong, a spiritual discipline based on the principles of Truthfulness-Compassion-Forbearance. 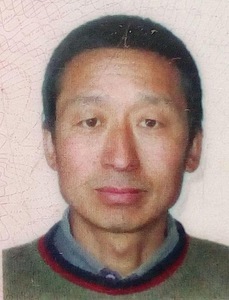 Mr. Liu credits Falun Gong for enabling him to quit smoking and drinking and for turning him into a better person. As such, he worked hard to inform the public that no law in China criminalizes Falun Gong and that the persecution has been illegal from the onset.

Upon learning of his arrest, more than 500 local residents signed a petition calling for his release. The local court tried him on September 20 and sentenced him to four years in prison less than one month later. His appeal to the Jiamusi Intermediate Court was rejected, and he was transferred to Qitaihe City 861 Prison on December 13.

Mr. Liu’s wife and daughter traveled a long distance to visit him on December 20. A prison guard sat next to Mr. Liu as he met with his wife and daughter. He told them he had been forced to sit on a small bench for long periods of time every day. He also said that no one had beat him, but he was not allowed to step out of his cell even once.

He told his wife that he wanted to file a motion to reconsider his case, but the guards told him to wait until he was transferred to a different prison in a few months. She replied that the new lawyer she hired for him said he could file the motion now and that the lawyer planned to visit him in a few days.

Mr. Liu’s wife also told him how their relatives and friends expressed their hope that he be released soon.

A few minutes later, the guard ended the meeting.

Prosecutor Interferes with Man’s Defense During Trial for His Faith

Lawyer Files Complaints Against Persecutors of His Falun Gong Practitioner-Client

“Why Others Were Afraid of Me”