Finland: Signature Drive in Helsinki Attracts Supporters Despite the Cold

(Minghui.org) Falun Dafa practitioners in Finland collected signatures in the downtown capital of Helsinki on January 20, despite the extreme cold in the depth of winter in Northern Europe.

They set up an information booth and talked to people about Falun Dafa and the persecution of the practice in China. They also collected signatures for a petition calling for an end to the persecution by the Chinese communist regime. 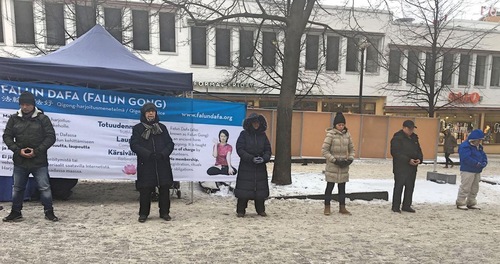 Practitioners demonstrate the Falun Dafa exercises in the cold in downtown Helsinki on the afternoon of January 20, 2018. 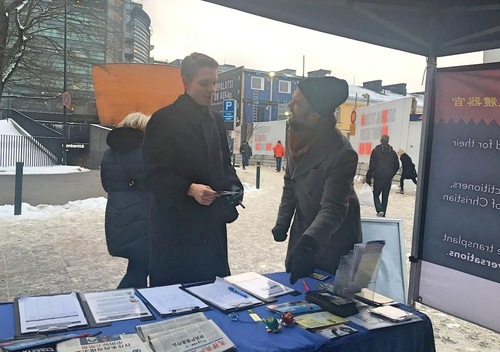 A young man asks a practitioner about Falun Dafa. 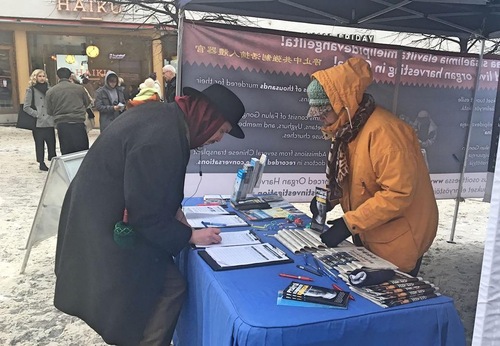 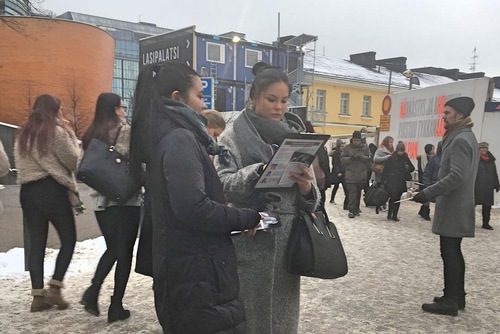 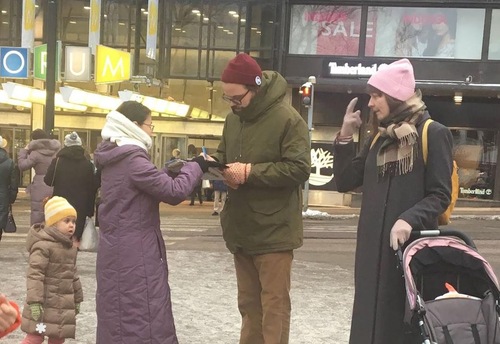 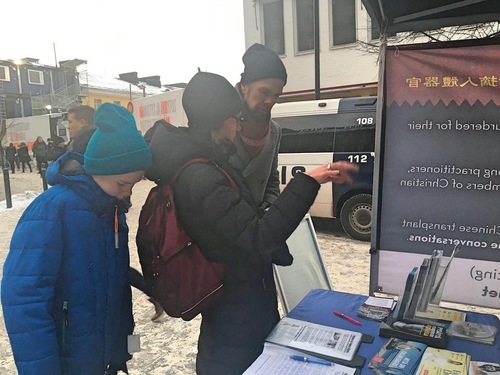 A young man who stopped to talk said that he had already heard about the persecution and signed the petition. When told about where he could learn the exercises, he said he thought Falun Dafa's principles of Truthfulness-Compassion-Forbearance were precious and were what he really needed.

A mother and daughter were impressed by the peaceful exercise demonstration and the practice. A practitioner told them where they could learn the exercises and gave them some informational materials.

“Twice Given Forced Labor, Shandong Woman Prosecuted Again for Her Faith and Sentenced to 7 Years in Prison”

“Tianjin Prisons’ Systematic Use of Drugs in Persecution of Falun Gong”