‘Petals of Peace’ in Moldovan Schools

(Minghui.org) Falun Dafa practitioners in Moldova attended an educational conference and presented the ‘Petals of Peace’ project, which invites people of all ages to fold a paper lotus flower as a gesture of peace and friendship to less fortunate children and children of Falun Gong practitioners, who have been brutally persecuted in China for almost two decades.

The December 27 presentation was part of the closing conference of a project named “Peace education through promotion of good neighborhood culture in primary schools,” which was implemented by the Educational Centre Pro Didactica and funded by The Global Partnership for the Prevention of Armed Conflict (GPPAC).

More than 20 teachers from schools in various regions and of ethnic minorities gathered at the event to share their experiences in implementing a new optional course, “The Culture of Good Neighborhood.” 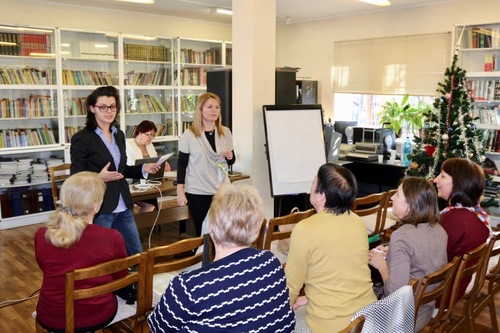 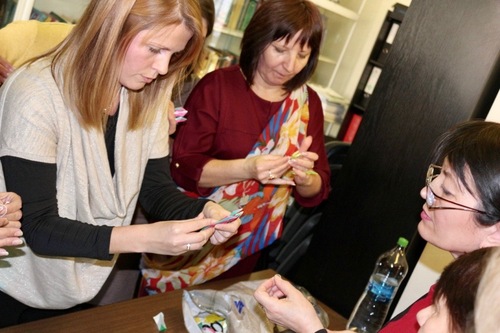 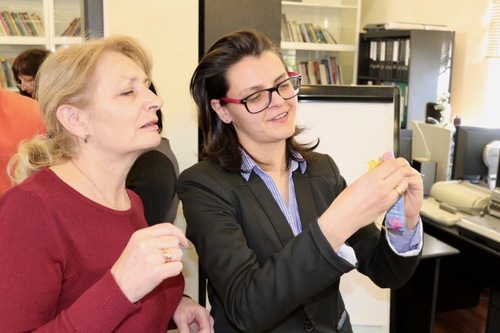 Practitioners present the ‘Petals of Peace’ project at an educational conference on December 27, 2017.

The Petals of Peace project was initiated in Australia in 2001 and inspired by a Chinese-Australian girl named Fadu, whose father was persecuted to death when she was one year old.

The project aims to inform children, teachers, and parents of the injustices that Falun Gong practitioners face in China, as well as Falun Gong’s principles of Truthfulness, Compassion, and Forbearance. Organizers usually explain the significance of the lotus flower in Chinese culture and emphasize the importance of self-improvement by making a commitment to be honest, goodhearted, and tolerant. 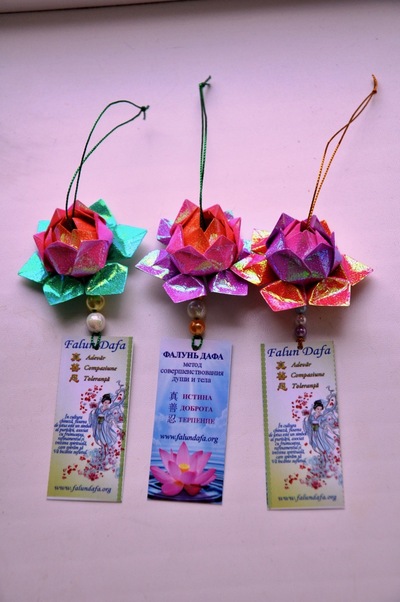 The presentation was well-received, and the participants eagerly took pamphlets, learned to fold paper lotus flowers, and invited practitioners to host classroom activities at their primary schools. After the winter holidays, practitioners went to two schools, one in the capital city of Chisinau and another in the village of Cocieri, 50 km away.

Elena Bejenari, a Romanian language teacher, invited practitioners to her schools in Cocieri. She said that she had never run into such a meaningful and colorful hands-on activity for children.

Practitioners held another event at the Lyceum “Vlad Iovita” in Cocieri on January 9, 2018. Around 140 students heard the story of Fadu and learned about the symbolism of lotus flowers. Many children folded two or three paper flowers to give to their family members and teachers. Practitioners also gave the teachers wall calendars with information about Falun Dafa as presents. 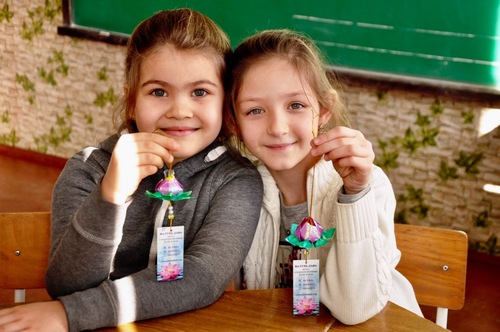 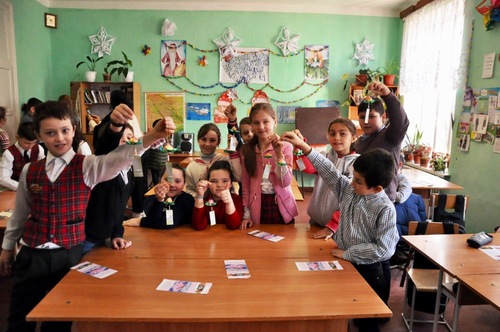 Children learn to fold paper lotus flowers after learning about Falun Dafa at an event on January 9.

Ocunev Tatiana, a teacher at the Russian Lyceum A.S. Pushkin in Chisinau, invited practitioners to present the project at her school on January 12. After telling the story of Fadu and teaching children how to fold lotus flowers, the practitioners screened a YouTube video titled “The Lotus Tale.”

The tale, which was written by a Ukrainian practitioner, tells the story of a lotus seed that overcomes lies, wickedness, laziness, and other challenges by remembering three precious principles that her mother taught her: Truthfulness, Compassion and Forbearance. These principles help the seed make its way through the mud to the surface of the water, to the light, and to its mother Lotus.

Around 100 children in three classes participated in the activity. They enjoyed folding paper flowers and promised to give them to their family members. 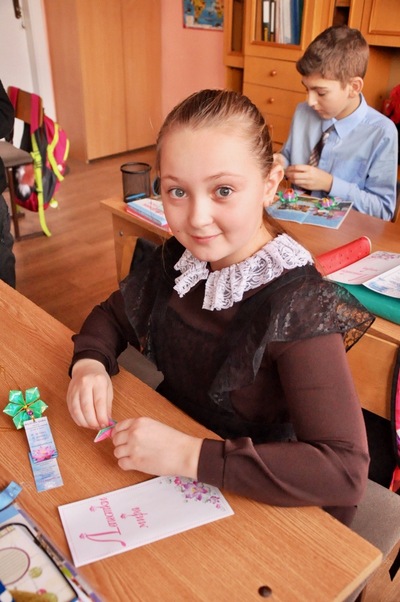 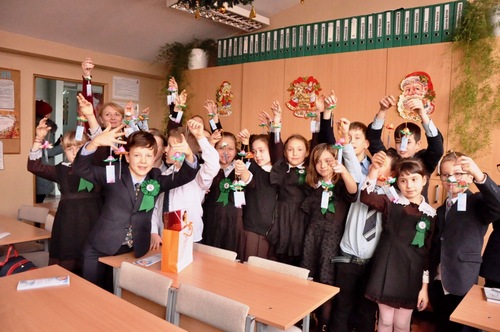 Students at a Russian school in Chisinau show off the lotus flowers they made on January 12.

“My Recovery from Hyperthyroid Complications”

“Guizhou Woman: Falun Gong Gave Me Back My Health After Persecution Took It Away”