(Minghui.org) The Balance Expo, which is billed as “Ireland’s Premier Event for Healthy Lifestyle Enthusiasts,” was held in Killarney, a city in the southwest of Ireland, on January 14. Many politicians and sports fans participated. Local Falun Gong practitioners set up a booth to introduce their peaceful spiritual practice to event attendees. 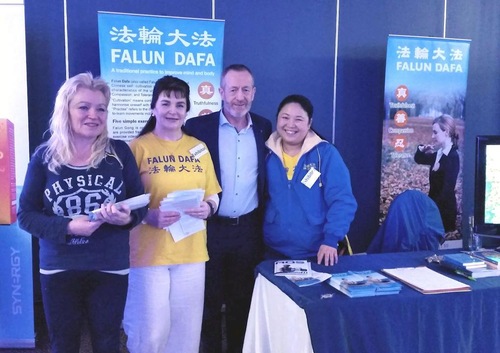 Sean Kelly, Member of European Parliament, was President of the Gaelic Athletic Association and executive chairman of the Irish Institute of Sport. He was an early signer for a European Parliament resolution on organ harvesting in China, passed in December 2013. The resolution condemned the Chinese Communist Party's (CCP) persecution of Falun Gong practitioners, especially state-sanctioned organ harvesting atrocities.

He was invited to attend the expo. At the Falun Gong booth, he said with a smile, “I support you. I will always support you.” 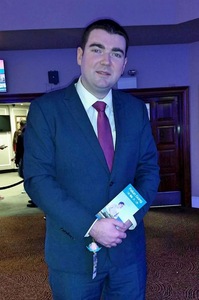 Brendan Griffin, Minister of State for Tourism and Sport, accepts a Falun Gong flyer and an origami lotus flower.

Brendan Griffin, Minister of State for Tourism and Sport, was invited to speak at the expo opening ceremony. He talked with Falun Gong practitioners afterward.

A practitioner told him, “Falun Gong, also known as Falun Dafa, is a practice where we follow the principles of Truthfulness-Compassion-Forbearance.” 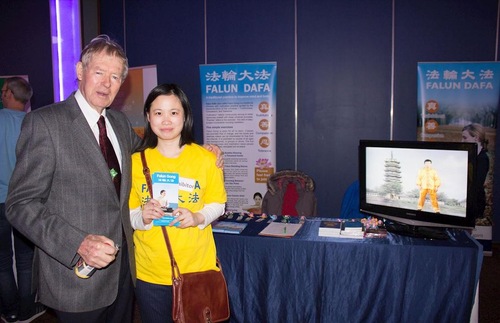 Mícheál Ó Muircheartaigh is 87 years old and a well-known Irish Gaelic games commentator on Irish radio and TV. His career spans over six decades, which earned him a place in the Guinness Book of Records.

Ó Muircheartaigh visited the Falun Gong booth and said, “I know Falun Gong. My daughter and I watched a Falun Gong exercise demonstration at the Brandenburg Gate in Berlin.” He was pleased to add his name to a petition against the persecution of Falun Gong in China. 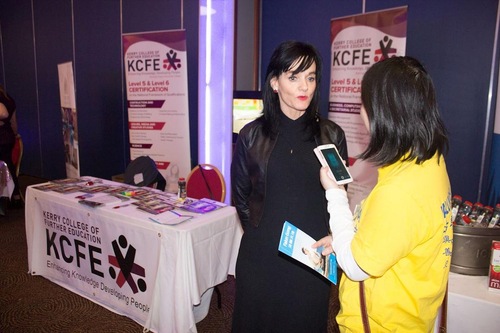 Mary Lucey, president of the Donal Walsh Live Life Foundation and president of Kerry College of Further Education, told a practitioner that students faced significant pressure due to busy scheduling and deadlines. Teachers also face pressure to get up early to go to work.

She invited the group to visit the college and teach Falun Gong to students. She said the exercises would be easy for the students to learn, and observed that they could improve the health of students and teachers alike.

Many event-goers visited the Falun Gong booth. Some people bought the book Zhuan Falun, the main book of Falun Gong. Some signed the petition opposing the persecution in China. Some learned about Falun Gong for the first time and had a great interest in it. Many took Falun Gong flyers to learn more.

Minghui.org has confirmed the deaths of thousands of Falun Gong practitioners in the persecution over the past 18 years; the actual number is suspected to be much higher. More have been imprisoned and tortured for their faith. Evidence shows that the CCP harvests organs from detained practitioners, who are killed in the process, to supply the organ transplantation industry.