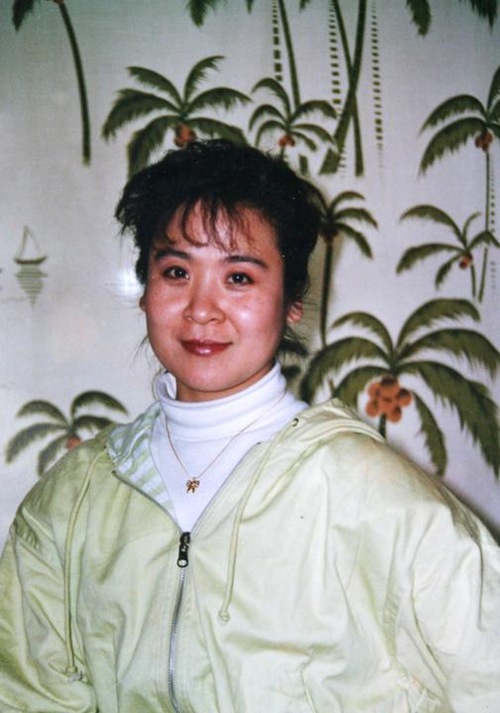 Ms. Gao was arrested at Xinhua Bookstore on Wangfujing Street on the afternoon of February 10, 2017, after duty manager Guo Jintao saw her inserting Falun Gong bookmarks into the books and reported her to the police.

She was arrested by officers from the Dongfang Square Police Station, including Zhao Yongxin, Chen Xiaolin, Yang Yunqing, Li Haikuan and Zhang Wenchao. She was taken to the Dongcheng District Detention Center. Her arrest was approved on February 23, 2017.

Ms. Gao's family did not know her whereabouts and found out about her arrest and detention on March 2. They hired two lawyers, who tried to meet with Ms. Gao in the detention center starting on April 26. However, their meeting requests were all rejected because Ms. Gao's birth date was written incorrectly on the visitation form.

One lawyer withdrew from the case. The other lawyer contacted Han Haisheng, deputy chief of the detention center, and the Beijing Surveillance Division but without success.

Ms. Gao’s case was returned to the Dongfang Square Police Station between May 21 and June 20, 2017, due to insufficient evidence. It was resubmitted with forged evidence to Judge Bai Chongwei and Song Xiaopeng of Dongcheng District Court on August 1, 2017.

Ms. Chao was tried on November 3, 2017. Before the trial, Judge Bai Chongwei lowered the seat allowance for Ms. Gao's family from eight to four seats. All other seats were assigned to police officers.

Ms. Gao was escorted into the courtroom in handcuffs, which were removed at the request of the defense lawyer.

The witnesses, including Gao Jintao from the bookstore, did not appear in court. The judge only read their testimonies. The evidence was also not presented in court. Prosecutor Tong Jie demanded a sentence of three to seven years.

Ms. Gao testified how she benefited from practicing Falun Gong and the suffering she endured after the communist regime started its persecution of Falun Gong in July 1999. The judge interrupted her multiple times.

The trial ended after two hours, with Judge Bai storming out of the courtroom.

After former Communist Party leader Jiang Zemin started the persecution of Falun Gong in July 1999, Ms. Gao wrote letters to her work unit, the state appeals office, and other government branches to appeal for the right to practice Falun Gong.

As a result, she was publically criticized and punished by the China News Service and the Foreign Affairs Office. She lost her bonus, and her salary was reduced.

Because she refused to write a “guarantee statement” to renounce her faith, she was demoted and reassigned to manual labor in the printing office of her work unit. Her wages were suspended, and all her benefits were seized, including 100,000 yuan in housing allowances.

Past Arrests and Detentions

Ms. Gao was arrested twice in 1999 for appealing for the right to practice Falun Gong at Tiananmen Square in Beijing.

She was twice sent to forced labor for a total of three years between December 2000 and September 2003. Her husband divorced her under pressure during this time.

At the labor camp, Ms. Gao was subjected to brainwashing to force her to renounce her faith. She was tortured with electric shocks, sleep deprivation, forced labor.

She learned in May 2004 that the officials at her work unit were going to take her to a brainwashing center. Thus she left her work and lived away from home to avoid further persecution.

For telling other about the persecution of Falun Gong, she was sentenced to three years’ imprisonment on April 19, 2010. She would not talk about that time and only said that it was “extremely tragic and outrageous.”

Ms. Gao, 52, was an editor in the research department of China News Service, which is affiliated with the Foreign Affairs Office of China's State Department. She learned Falun Gong in 1992 and recovered from several illnesses after taking up the practice.