(Minghui.org) After a successful debut in South Korea, the Shen Yun Symphony Orchestra continued its Asian tour in Taiwan. Shen Yun has scheduled 15 performances in 10 major cities across Taiwan between September 20 and October 3.

Three concerts have already taken place in Taoyuan, Hsingchu, and Taipei, on September 20-22. After the warm applause brought three encores at National Concert Hall, the rejuvenated audience did not stop, and were eager for more. In the end, Milen Nachev was also deeply moved, and brought the fourth encore to the passionate audience. 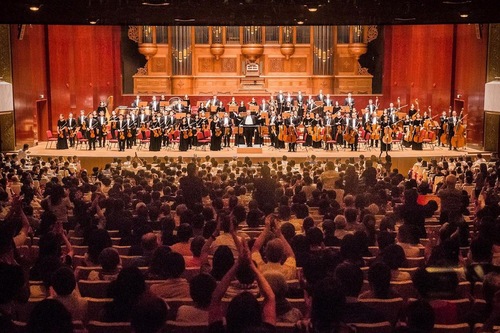 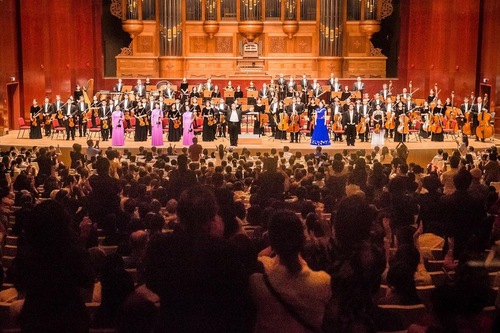 Four encores at National Concert Hall in Taipei on September 22, 2017.

You Zijun, executive director of the Rodin Art Gallery, said, “Shen Yun music is extraordinary. No matter the harmony between various music instruments, or the blending of the East and West culture, everything is delicate and beautiful… This is the first time I ever experienced four encores in a concert, and it is very memorable.” 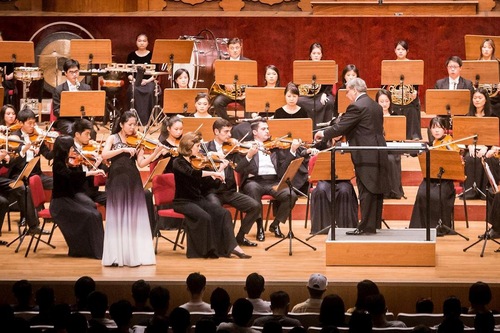 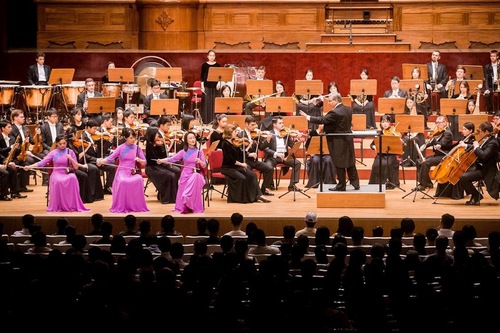 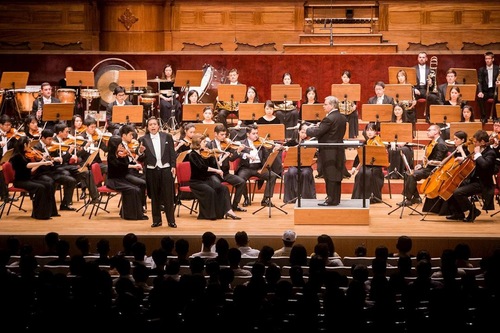 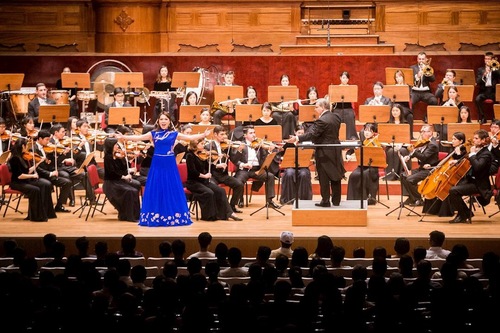 Chuang Hsiu-mei, director-general for the Department of Cultural Affairs, said after watching the performance at Zhongli Arts Hall in Taoyuan on September 20, “Its majestic momentum is like the sounds of nature. I felt it overwhelming and appealing throughout the performance… Shen Yun Symphony Orchestra’s performance is very natural and harmonious—although there were so many people performing at the same time, the sounds were so delicate and harmonious.”

She said this was the first time she had listened to a perfect blend of Chinese music and Western orchestration played by Eastern and Western people. “The performance was accentuated by Chinese music instruments, such as erhu, along with the powerful Western orchestration, which is very unique… Chinese music is soft and soothing, while Western music is characterized by vitality. Shen Yun’s music demonstrates a seamless harmonization. It is very natural and harmonious—so it is superb.”

“Shen Yun’s music has tremendous momentum. It’s really worth appreciating it yourself, and immersing yourself in such an atmosphere,” she commented. 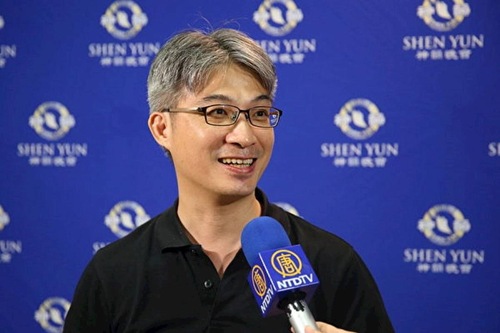 Huang Hanming, art director of Moon String Symphony Orchestra, was also impressed by the Shen Yun performance. He said, “I think the most valuable and difficult part is the synchronization between Western symphony orchestra and Chinese musical instruments—I truly learned a lot today.”

He said he thinks that Shen Yun music has its own direction. “With the fusion of erhu and pipa, on the one hand, the sounds are more soothing, and on the other, the Western symphony can contain the essence of traditional Chinese culture. I think the most difficult part is how to combine them and create a new style, but that’s what I’ve learned most today.”

He was especially impressed by the conductor Milen Nachev, “What surprised me most is that he [the conductor] dealt with the encore piece especially well—I didn’t see the cultural barrier in him.”

After studying music for many years, Huang said it is truly not easy for Chinese to find their own way to perform in a Western Orchestra. “The orchestra performs something happy, positive, and even sad. But it’s Chinese philosophy that one can be sad, but should never be grieved.”

“It [Shen Yun's music] touches people with magnificence and compassion,” he concluded.

Love and Passion for Music 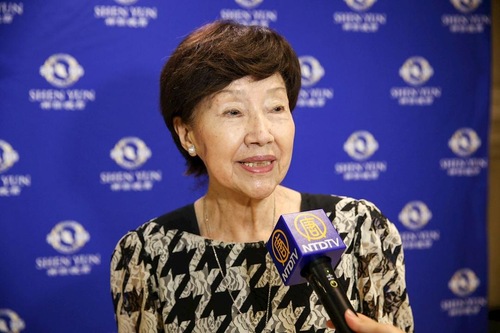 Anna Fujita, pianist and founder of the Frederic Chopin Foundation, said after watching the performance at the National Concert Hall on September 22, “Bravo! This is a magnificent group with magnificent music. With the power of spiritual belief, the music carries a valuable spirit.”

“The passion and love for music mixed with the power of spiritual belief are what make this group great,” she continued, “The most important element is their spirit. This is what being a performing artist is about.”

She said that the music contains five thousand years of Chinese culture, which truly moved her, “This orchestra will bring society a tremendous impact with their music and power of spiritual belief.”

Dean of the College of Arts at Renowned University: “It Was So Touching”

“Today’s music pieces were very well chosen, especially the piece 'Plum Blossom' by songwriter Liu Chia-chang. It was so touching. The soprano, with her bel canto technique, was very moving,” acclaimed Su Fan-ling, dean of the College of Arts at National Tsinghua University.

“In the piece [Tchaikovsky’s Violin Concerto in D major, Op. 35], the female musician was so young and yet she could play it so well. Her ensemble with the orchestra was very tight and well done. I closely followed the piece and she did play the piece very well—her technique was excellent,” she continued.

Liu said she was deeply impressed by the talent of the artists, “As for the piece 'The Great Khan,' the music score was magnificent. Similarly for the piece 'Dunhuang,' it began with some very loud sounds. And for the way this piece was composed, it had a grand opening—it was unique.”

In the next few days, Shen Yun Symphony Orchestra will continue tour performances in central and southern Taiwan, including Chiayi, Pingtung, Kaohsiung, Yunlin, Taichung, Tainan, and Changhua, before returning to Taipei on October 3. Tickets and more information can be found at: www.shenyun.com/symphony.

“Croatia: Telling the Public About Falun Dafa During a Heat Wave”