France: Residents of Nantes Learn about the Persecution of Falun Gong

(Minghui.org) Falun Gong practitioners from the south of France held events on September 2 and 9 in downtown Nantes to raise awareness of the persecution of the spiritual practice in China.

It was the beginning of a new semester, and many students walking by showed great interest in learning what was happening in China. People were taken aback to learn that those who practice Falun Gong (also called Falun Dafa) in China are being persecuted by the Chinese Communist Party (CCP) and could have their organs harvested against their will.

A passerby commented that it sounded like the Nazis during World War II. 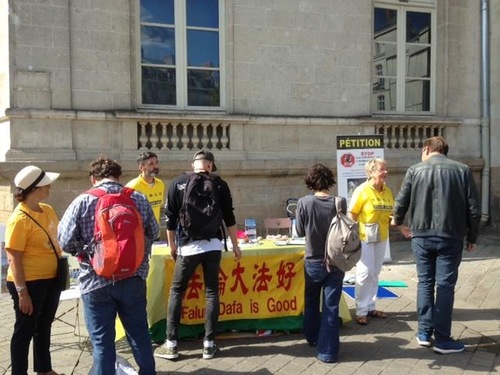 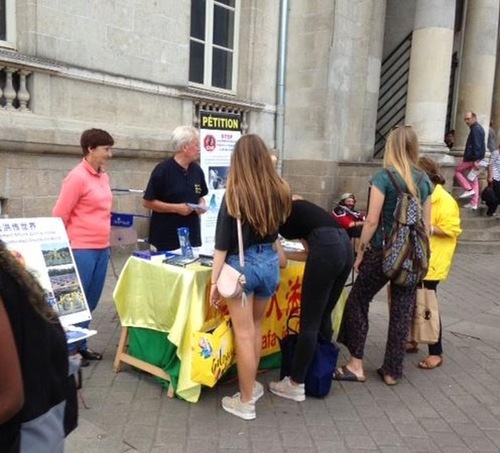 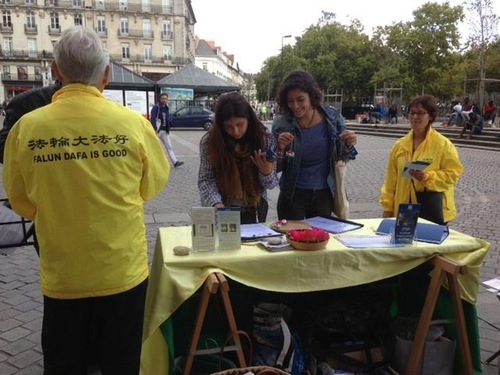 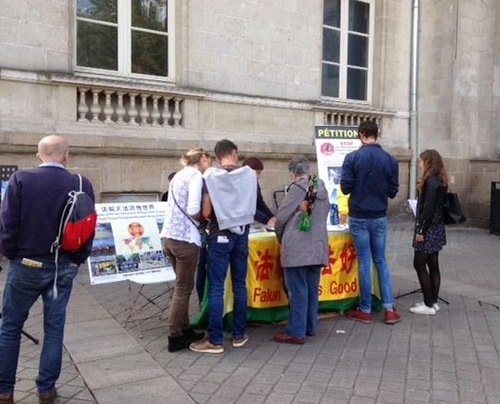 Events in Nantes, France, to introduce Falun Gong and raise awareness of the persecution of the practice in China

Louis, a student at the medical school in Nantes, asked why the mainstream media chooses to be silent on the persecution in China.

A nurse who works in the transplant wing of a local hospital was stunned to learn of the CCP's crime of forced organ harvesting. She was also interested in learning the Falun Gong exercises. The following morning she did the exercises with practitioners after a long walk in the rain. She said the experience made her feel very comfortable and she wanted to practice with them again in the future. 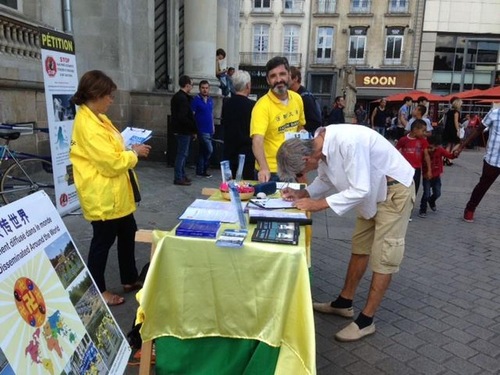 A resident of Nantes signs a petition in support of Falun Gong practitioners' efforts to end the persecution.

On the 9th, a lady who works in a hospital commented on the forced organ harvesting: “This is a horrifying crime! I can't imagine such things can be happening.” She said that removing human organs for transplant is already very difficult and that taking organs from a living person without his or her consent was beyond her imagination.

Many young students expressed their concern about the organ harvesting and trafficking in organs. They thanked the practitioners for their courage in sharing that information. Some were interested in learning more about Falun Gong and the principles of Truthfulness-Compassion-Forbearance, commenting that Falun Gong could be the hope to change how people think and live.

“Cultivating Oneself to Eliminate Resentment”