(Minghui.org) Carrying on a 163-year-old tradition, the Keelung Chungyuan Service Festival Parade of 2017 started on the night of September 4. Each year, the grand parade leads up to a spectacular launch of water lanterns.

As in past years, the Falun Dafa Association of Keelung was invited to perform in the parade. The practitioners’ colorful float, Tian Guo Marching Band, and waist drum team were the highlight of the parade.

Many spectators along the streets took videos and photos of the practitioners’ performances. People seemed pleased to be handed small paper lotus flowers and fliers introducing the meditation practice of Falun Dafa.

Demonstration of the Falun Dafa exercises on the float 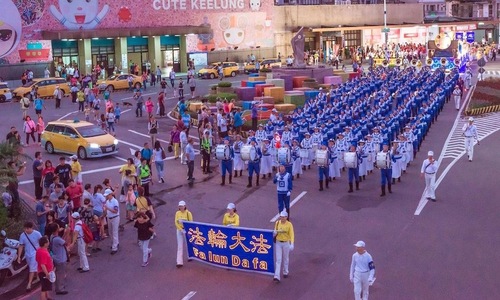 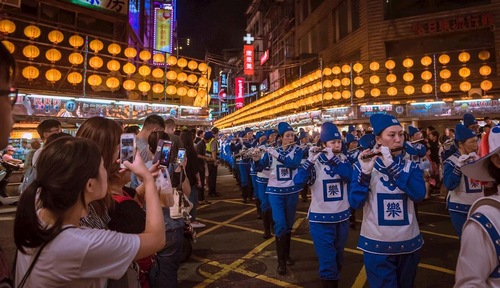 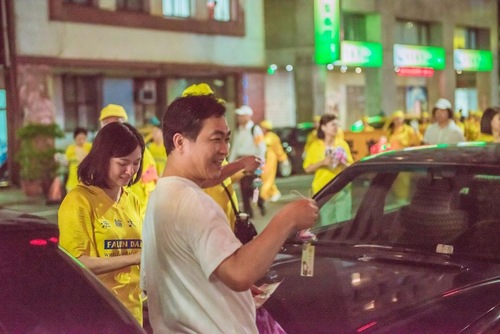 A spectator takes a paper lotus flower from a practitioner.

“Recovering from Illness and Surviving Torture Thanks to Dafa”