(Minghui.org) More than 100 people attended a rally in front of the Chinese Consulate in San Francisco on the morning of September 8, 2017, to protest efforts by China’s communist regime to interfere with the passage of a California State Senate resolution condemning the persecution of Falun Gong.

State Resolution SJR 10, which condemns the persecution of Falun Gong in China, was passed by the judiciary committee of the California Senate on August 31. Nevertheless, the state Senate unexpectedly voted to refer SJR 10 back to the rules committee—essentially blocking it from coming to a vote in the Senate on September 1 as originally planned.

The reason given for the surprise vote was that members of the Senate received emails from the Chinese Consulate in San Francisco suggesting that passage of the resolution might “sabotage the friendship and sustainable development of relationship[s] between California and China.” 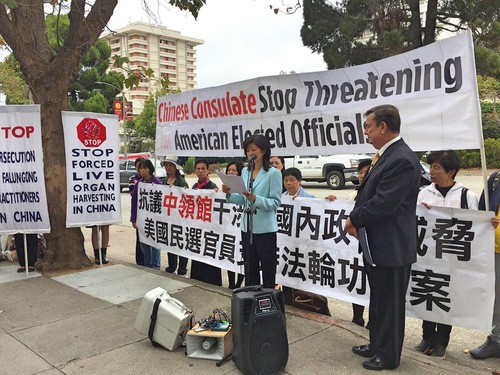 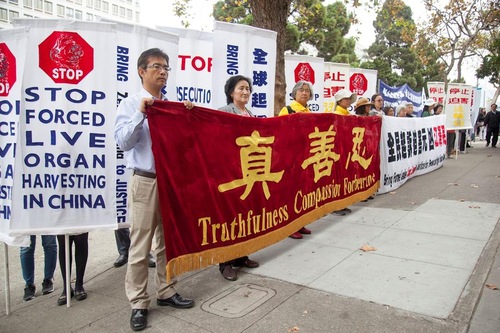 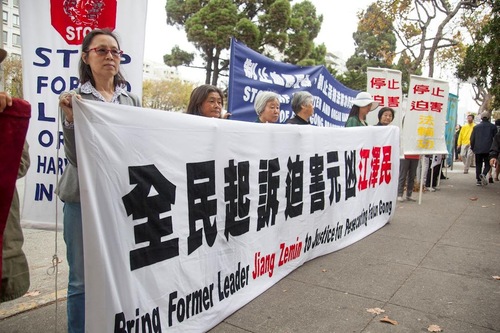 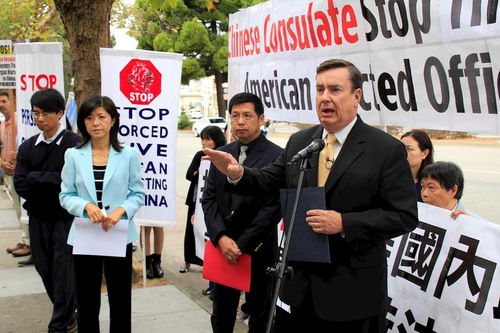 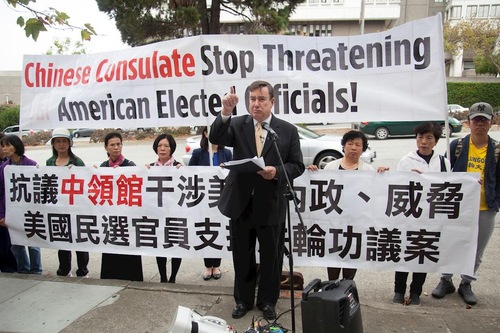 The author of the resolution, Republican state Senator Joel Anderson, spoke to the rally, “I proudly stand here with everyone to condemn the Chinese government for their persecution of Falun Gong practitioners.

“It takes great courage to stand up against persecution, to stand up against one of the greatest nations in the world—China—and to call them out for their practice of harvesting organs and the genocide they have created against Falun Gong. Together, we’ve taken our first steps toward defending freedom and human rights.”

He condemned the CCP's suppression of freedom of speech and its efforts to extend that suppression into California, noting that the interference is an appalling violation of human rights.

Assemblyman Randy Voepel: Falun Dafa at its Core is Peace

Resolution co-author Assemblyman Randy Voepel (R-Santee), who Anderson referred to as “a strong champion of freedom around the world,” sent this statement: “Falun Gong/Falun Dafa at its core is peace. Through the efforts of SJR 10 (Anderson), we are doing all that we can to protect those who seek to practice peace, tolerance, and compassion and urge the Chinese government to reflect upon its own actions and recognize the undeniable abuse they continue to practice upon their people. California stands for justice and we will not tolerate those who attempt to deprive anyone of that right.”

Falun Dafa Association: “Stop Trying to Extend the Persecution to the US” 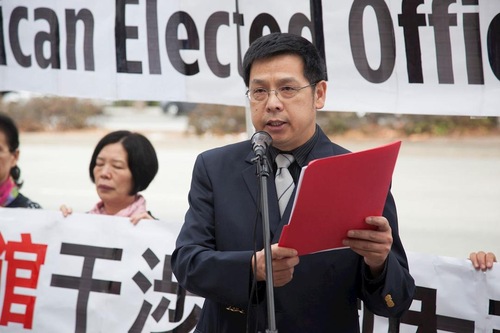 Spokesperson Yun Huang of the San Francisco Falun Dafa Association spoke at the rally and said, “The Chinese Consulate sent emails and made calls to the California Senate defaming Falun Gong and threatening to stop the resolution.”

He asked that consular officials not follow the Party's policy to persecute Falun Gong, reminding them that everyone must bear responsibility for their actions, both good and bad.

He expressed his appreciation to Senator Anderson and others for their support in upholding justice. He hopes that more people will learn about the persecution and help to stop it.

“Feeling Dispirited for Slacking off in Cultivation”