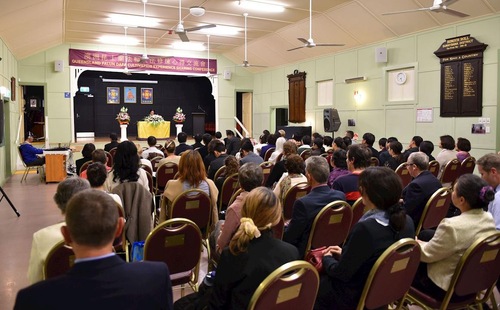 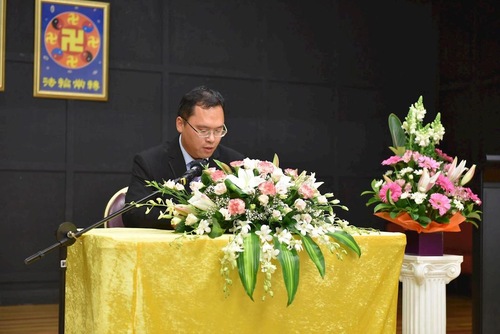 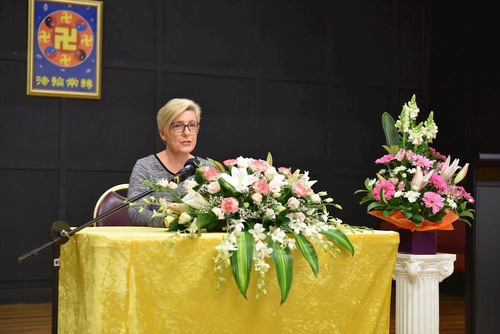 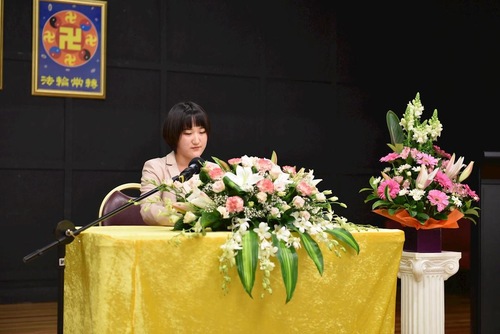 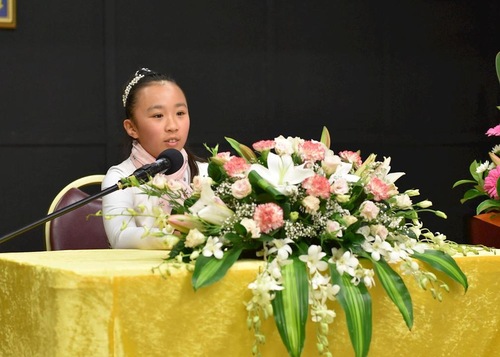 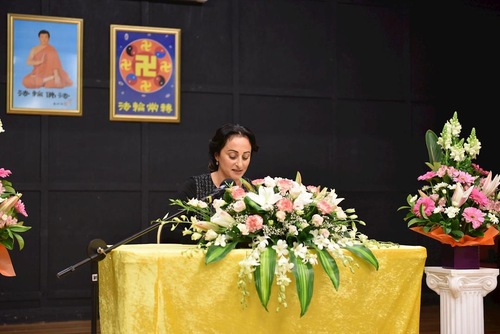 Louise shared her experiences of telling the public about what Falun Dafa is about. She talked about how she overcame her fears and laziness, looked inward during conflicts, and how she had prioritized other people.

Ms. Wang started practicing in 2016. She grew up in China, and had developed negative understandings of Falun Dafa due to the communist party's propaganda. She came to Australia in 2015, and lived with a family of practitioners. The compassion of this family changed her views of Falun Dafa. From them, she learned the truth about the persecution, which deeply shocked her.

She watched the Shen Yun Performing Arts show last year, and was excited about the ancient cultural aspect of the show. After that she started to read Zhuan Falun (the main book of Falun Dafa). From the book, she learned that “One should return to one’s original, true self; this is the real purpose of being human.” She got rid of her fear of the communist party, and started her journey of cultivation.

Pamela is a capable woman, and often receives all kinds of praise in her everyday life, which made her develop selfishness and competitiveness. In her sharing, Pamela talked about how she looked inward and found the fundamental reasons that she looked down on other practitioners, and has become more compassionate to practitioners.

She used to fight with those who didn't agree with her, and always wanted to win the argument. But now, she has a better understanding of Master Li's words:

“for a cultivator to be right or wrong in the human world is not important in the least, whereas eliminating the attachments that come from human thinking is important, and it is precisely your managing to eliminate those attachments rooted in your human thinking as you cultivate that counts as important.” (Fa Teaching Given in Manhattan).

Ten-year-old Yu was born in China. When she was one year old, her parents were arrested because of their belief in Falun Dafa. In 2013, the whole family managed to escape to Australia. She told a few stories of her cultivation, such as forgiving a classmate who stole her favorite bag, and returning the food that she didn't pay for.

Yu once had extreme pain in her legs during the sitting meditation. She almost cried and thought of putting down her legs, but then recalled Master Li's teaching: “Some people cannot bear it anymore after sitting a little longer. Once the legs are put down, one’s practice is in vain” (Zhuan Falun), which encouraged her to persist until the end.

Nina talked about how she treats her family members with compassion, and overcame difficulties in the promotion of the Shen Yun performances. As a coordinator, she talked about how she takes responsibility and harmonizes the entire group. She also quoted Master Li on the importance of cultivating diligently, “Always cultivating as if you were just starting” (Fa Teaching at the 2009 Greater New York International Fa Conference )

Ms. Zhao joined the “Car Tour” in Australia, which is a practitioners' project whose goal is to tell government officials and media about Falun Dafa and the persecution. Ms. Zhao used her experiences of being imprisoned and tortured in China, and she touched countless people during the car tour.

“Shenzhen Woman Sentenced to Prison, Her Mother Sues Perpetrators for Dereliction of Duty”