(Minghui.org) The Ministry of Health of Peru invited local Falun Gong practitioners to teach the five exercises to the citizens in Comas, a district on the north side of Lima. It is one of the most populous districts in Peru's capital.

The community event was organized by the Ministry and the Comas District Council, and held on August 25, 2017 at the Civic Center of Comas, to serve the elderly. The authorities at the Ministry know what Falun Gong is, and have many times talked to practitioners about the possibility of participating in this event.

The Ministry of Health of Peru invites local Falun Gong practitioners to teach the elderly the five exercises at the Civic Center of Comas. 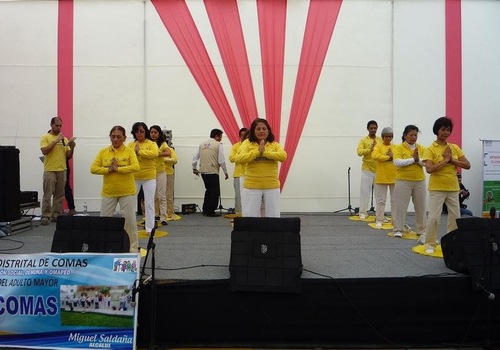 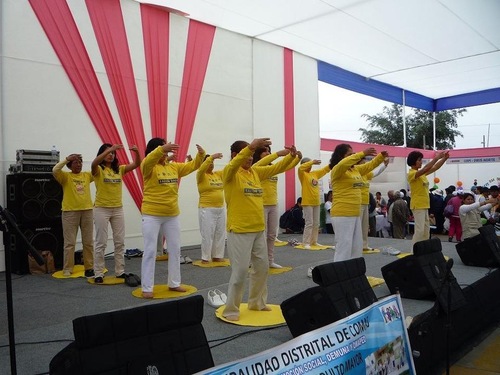 Practitioners demonstrate the exercises at a community event at the Civic Center of Comas. 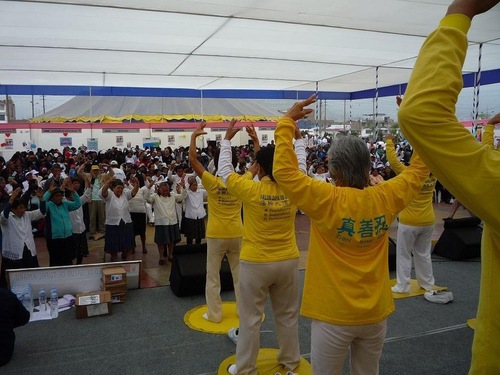 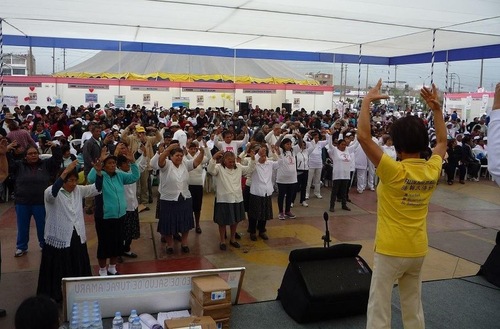 Participants at the community event learn how to do the Falun Gong exercises.

Over 400 people from various civic groups came to the event and filled the center. The practitioners arrived in the morning, and 13 of them, wearing yellow T-shirts printed with “Falun Dafa,” performed the slow and harmonious movements with the soothing music, which gathered the attention of the participants. A dozen of them came to the front near the podium and imitated the movements as they learned.

After the demonstration many of the participants took Falun Gong fliers and said they wanted to learn more about the practice. The organizers apologized for a lack of time and expressed a wish to schedule more time a few days later so that the people could gain further understanding of the practice.

“Germany: Rally Against the Persecution of Falun Gong Outside Cologne Cathedral”