(Minghui.org) Practitioners in the United Kingdom gathered for the annual Falun Dafa Experience-Sharing Conference in London on August 27. Eighteen practitioners spoke at the event, sharing on aspects of their cultivation, including looking inward, being diligent, and overcoming challenges while raising awareness about the persecution of Falun Dafa in China. 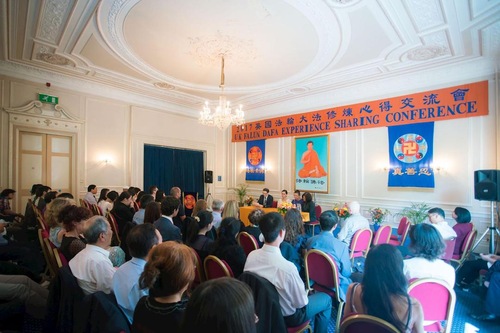 Putting My Heart Into It

Ms. Liang often participates in activities in Chinatown to explain the facts about Falun Dafa to Chinese residents, aiming to debunk the hate propaganda of the Communist Party. “Once, during an event, I remember checking the time several times, as if hoping the event would end soon. Later, I realized this impatience is not something that belongs to a practitioner.”

Compared to the past, she now had more time to attend these kinds of activities, but her heart was as not sincere and pure as it was before. “So from then on, I always remind myself to put my heart into what I am doing. After all, each opportunity is only given to me once and it is a test to see if I can meet the requirement of the Fa and Master,” she said.

A famous tourist site attracts a large number of Chinese tourists every day, but practitioners were only available to go there on the weekend. Ms. Liang, a store owner, decided to take two extra days off each week. Later, a few other practitioners joined her, and their group is now able to maintain a presence there every day.

“There are all kinds of Chinese tourists and tour guides. Some of them had very bad attitudes or spat curses at me,” Ms. Liang said, “But deep in my mind I know I am here to save people and everything that happens to me is a chance to improve. So I often ask myself: did I slack off today? Did I miss any chances to save people today? How much have I put my heart in it on a scale of one to ten?” 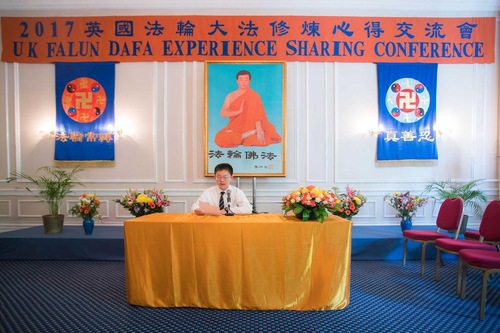 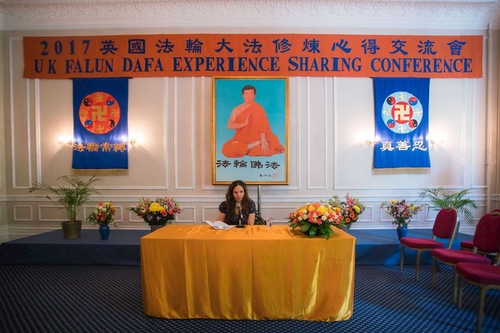 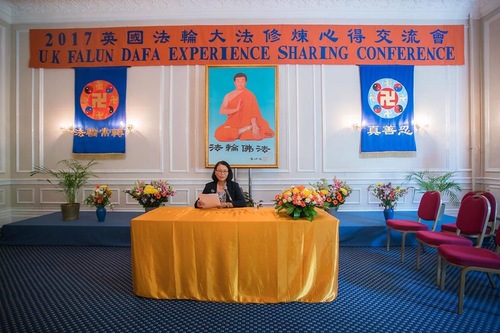 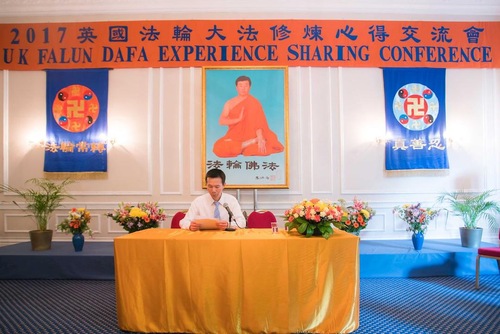 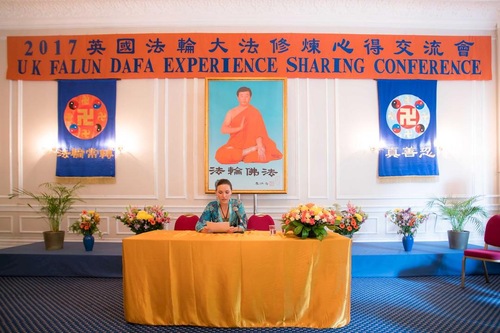 Eighteen practitioners presented articles on their cultivation experiences at the conference.

Ms. He also goes to Chinatown to raise awareness. “To me, it is a constant process of looking inward and improving.” She said she tried to treat everyone she encountered with compassion. “Some Chinese people were influenced by the communist regime and said sarcastic words to me or pretended not to see me. But I was not deterred since I know I could be their only chance of knowing the truth.”

One day, a man whose father was a high-ranking official in China walked by, but he did not want to listen to Ms. He. With patience and compassion, Ms. He chatted with him and the man gradually became receptive. In the end, he agreed to withdraw his membership in the communist organizations and thanked Ms. He several times.

Patrick, a western practitioner, shared how he participated in activities to raise awareness at the British Museum earlier this year. It is a well-known place and many Chinese tourists visit there. He shared a challenging incident in which a westerner who had a negative attitude towards Dafa stood near the practitioners for a long time saying bad things in Chinese about Falun Dafa to Chinese tourists.

Patrick said this experience taught him patience and how to consider things from others' points of view. “He had misconceptions and said Falun Dafa received funding from organizations. I clarified that this was not true and he seemed to get it.” After talking for about an hour, however, Patrick became impatient and said to the man, “The communist party is a regime that kills people. That's it!” The man was annoyed and replied, “I do not like the way you speak. You did not listen to me at all.”

Realizing his mistake, Patrick changed and focused on listening. After the man talked at length about the Tiananmen Massacre in 1989, Patrick thanked him for providing these good points. The man seemed pleased and the conversation continued smoothly.

To understand the man better, Patrick went to dinner with him. “While we ate, he still occasionally mentioned that he thought Falun Dafa had received funding. But in the end, he said to me, 'Now I have no reason not to believe you. So, can you help me learn the exercises?'” Patrick saw that the man no longer held misunderstandings and was happy for him.

Another Western practitioner, Tili, said when talking to people in Chinatown, she learned to let go of selfishness.

One day, upon noticing herself having negative thoughts towards one Chinese practitioner, Tili found a quiet place to sit and look within. “I asked myself: Exactly what makes you dislike this practitioner? I knew it was my selfishness. Then I asked myself: What is your biggest challenge? I realized it was my unwillingness to change myself. By then I came to understand that, if I do not change myself and stop wanting things my way, I am just like the old forces. In other words, I have to fundamentally let go of selfishness and conform to the Fa.”

Tili said that, in her understanding, the old forces try to eliminate those who they look down upon. “As practitioners, we cannot do that. We have to walk the path arranged by Master. So, no matter how people treat me, and no matter the difficulties, I cherish each opportunity to help save people,” she said.

After the conference, many who attended said they had learned a lot. One said, “Other practitioners' sharing makes me think about genuine cultivation. I have participated in several truth-clarification activities, but did I continuously look within and fulfill my responsibility with a pure heart? Without that, I was simply following routine and lacked the compassion needed to save people. This is something I need to work on.”

“I was deeply touched when other practitioners discussed looking inward,” said another practitioner. “I, too, need the strong determination to improve myself. That is the only way to save more people.”

Echoing this, another attendee said, “I realized from the sharing today that I must be responsible to the sentient beings in my region.”

“15 Nanjing Residents Prosecuted for Their Faith in Falun Gong”