France: Practitioners Learn from Each Other at Falun Dafa Experience-Sharing Conference

(Minghui.org) Falun Dafa practitioners from France and other countries attended the 2017 Falun Dafa Experience-Sharing Conference on August 26 at Mandres-les-Roses, a commune near Paris. Mr. Li Hongzhi, the founder of Falun Dafa, sent greetings to the conference.

Entitled “To the Fa Conference in France,” Master Li wrote,

“I send my regards to the Dafa disciples of France.

In this final hour of the Fa rectification, cultivate yourselves solidly every step of the way and accomplish your mission of saving people. May your Fa conference be a success.”

Many practitioners were touched by Master Li's compassion and some were moved to tears.

Thirteen practitioners shared their experiences, covering topics including applying the principles of Truthfulness-Compassion-Forbearance, strengthening righteous thoughts, and breaking through human notions and saving people. Participants at the conference came from Belgium, Germany, Slovakia, and France. 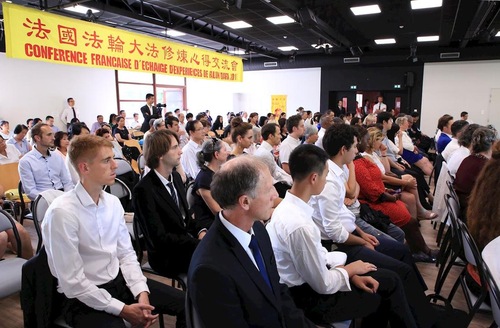 The 2017 Falun Dafa Experience-Sharing Conference in France on August 26, 2017

Ms. Fu talked about her own understanding of cultivation practice. “As practitioners, I am trying to align myself with principles of Truthfulness-Compassion-Forbearance. Sometimes my progress may be just a little bit, but I know I am heading in the right direction.” She also talked about realizing the importance of maintaining a positive attitude, “Now I focus more on the good side of other practitioners. When something goes wrong, I need to think what I can do to change the situation and make it better.”

She said that she had sometimes become upset about other practitioners' attachments. “When I thought about it further, I saw it was a test of how I would react. Cultivation practice depends on ourselves. The situation will not improve until we look within and change ourselves.”

Due to truth-clarification projects, Ms. Fu found her life and work environment very challenging. She recalled, “Every day, there were so many things to do. As a slow-paced person, there was no way I could finish them.”

One day, she remembered the following sentences in Zhuan Falun,

“For instance, there once was a person who was tied to a bed. They took one of his arms and claimed that they would slit it to make it bleed. Then they blindfolded his eyes and scratched his wrist once. (He was not at all cut and bleeding.) A water faucet was turned on so that he could hear water dripping, and he thus thought that it was his blood that was dripping. The man died shortly afterwards. In fact, he was not cut and bleeding—it was running water that was dripping. His psychological factors caused his death. If you always believe that you are ill, you will probably make yourself sick as a result. Because your xinxing has dropped to the level of everyday people, an average person will, of course, have illnesses.”

Thinking one's mind could negatively affect one's body, Ms. Fu came to understand that if she really wanted to change, she could become a fast-paced person to complete the things that Master asked her to do.

From that day on, she was no longer attached to time, and just focused on things to accomplish one after another. She said, “At the end of the day, although it took a little longer than usual, I did finish everything I planned to do and I was happy.”

Encouraged by this experience, Ms. Fu continued working on other human notions and was able to let some go. 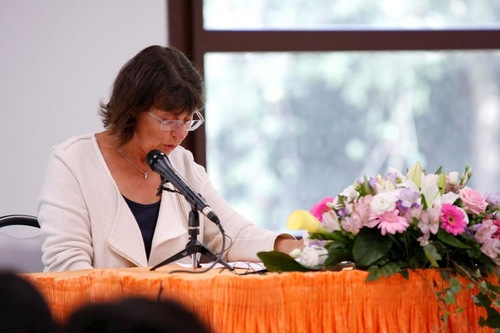 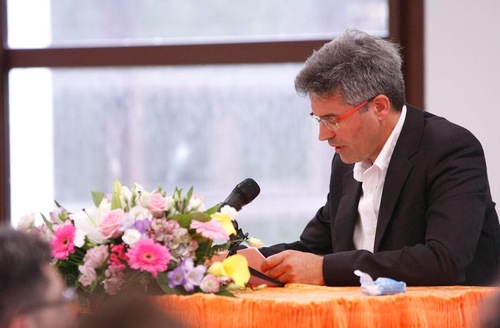 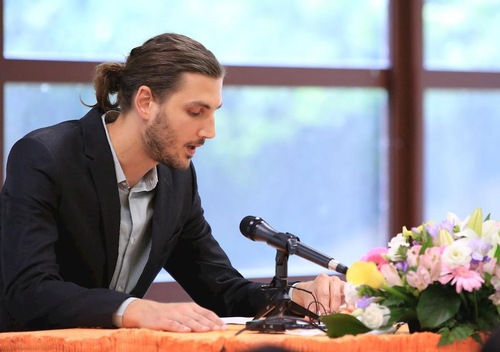 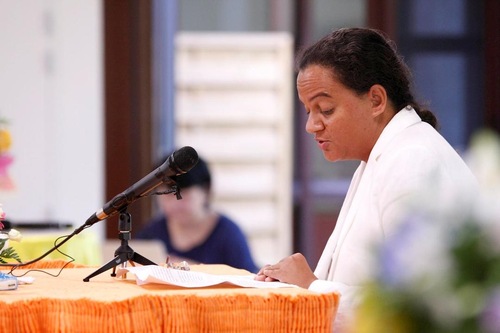 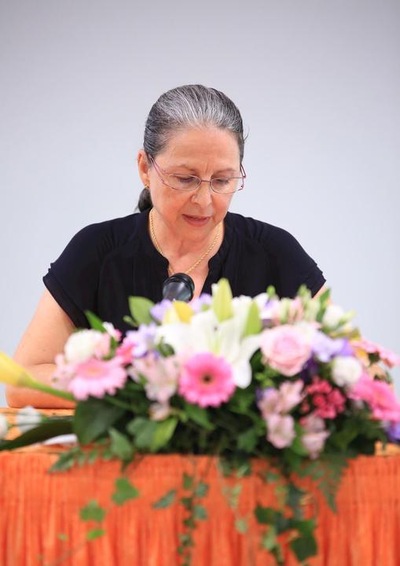 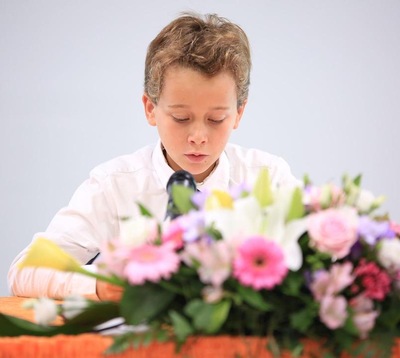 Thirteen practitioners talked about their experiences at the conference.

Clarifying the Facts to Chinese Tourists

Ms. Liu said she often went to a tourist site to tell the Chinese tourists the facts about Falun Dafa. She said, “I learned the importance of compassion and righteous thoughts.”

One day, a man in his sixties was talking with Ms. Liu and agreed to quit the Communist Party organizations. Upon hearing that Ms. Liu came there at her own expense, and continued smiling even when encountering bad attitudes from some other tourists, the man was very touched, “As an intellectual, I am familiar with the bad things the Communist Party has done to people in the past. What you are doing is great, not only for China but also for the entire world.” He thanked Ms. Liu again before walking away.

Ms. Liu said she had met Chinese tourists like this. “There were also Chinese tourists who threw bad words at me or even shoved me. But no matter what, I always remind myself to remain calm and compassionate, and to save as many people as possible.”

Henry said he first heard about Falun Dafa when reading an Epoch Times article about forced organ harvesting in China. Curious about Falun Dafa, he reached out to a practitioner and began reading the books.

He said, “I gained a lot of new understandings from Falun Dafa books and found the Fa principles to be very profound.” Through reading Master Li’s recent lectures and Minghui website articles, he also learned the importance of saving people.

“Falun Dafa is what I have been waiting for in my life, and I am fortunate to have found it,” Henry said, “And I will walk this path well.”

“Master Never Left Me Despite My Indecisiveness”