(Minghui.org) Today's news from China includes incidents of persecution that took place in 6 cities or counties in 5 provinces. According to this report, 2 Falun Gong practitioners were subjected to mistreatment during their detention, and at least 6 were illegally arrested. 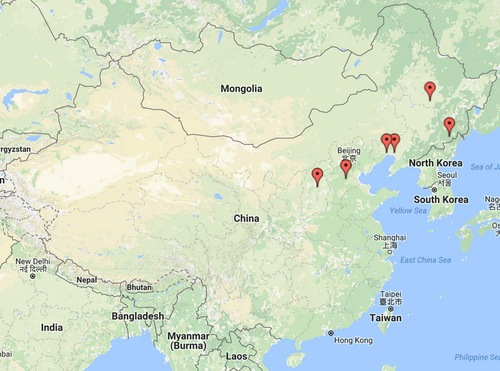 Mr. Xu Zengyan was arrested by officers from the Guangming Police Station on July 16, 2017, for talking to people about Falun Gong. His home was ransacked.

Mr. Xu is being held in Longjing City.

Participant in the persecution of the three practitioners:Longtan Police Station: +86-351-3049110

Liu Haibin and officers from the Renqiu City Domestic Security Division went to Ms. Zhang Qingyu's home and arrested her on the evening of July 17, 2017. She was taken to the Renqiu Detention Center, but was not accepted because she failed the physical examination.

She was then taken to the Shijiazhuang Women's Prison.

Ms. Zhang is an employee at the No. 2 Engineering Construction Company, North China Oilfield.

Ms. Jiao Yan, from the Xingyou Residential Community in the Xinglongtai District, was reported to the authorities by staff at the train station for carrying Falun Gong materials. She was arrested, and her printer, computer, and Falun Gong books were confiscated.

Ms. Jiao was sentenced to four years in prison in May 2017, after being detained for over a year. She was taken to the Shenyang Women's Prison.

Ms. Chen Ping from the Linghe District was arrested at her home on the morning of July 18, 2017. She is being held in the Jinzhou City Detention Center.

Mr. Chen Chunsheng, an employee at the Weihe Forestry Bureau, has been displaced for many years due to the persecution.

He was arrested and taken to the No. 10 Ward of the Hulan Prison.

“Clarifying the Truth of Falun Dafa to the Township Government”

“My Family Members were Cured of Disease after Practicing Falun Dafa”