Introducing Falun Gong to the Public in Nantes, France

(Minghui.org) Falun Gong practitioners in Nantes, France, held events to inform people about this ancient Chinese self-improvement practice on June 24 and July 1. They also asked for help to stop the persecution of Falun Gong in China. 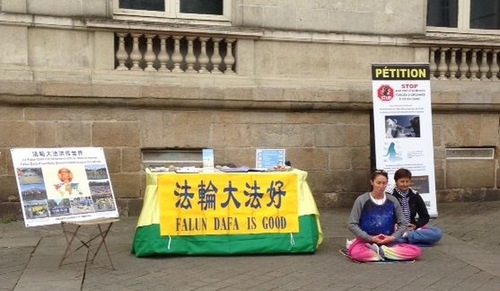 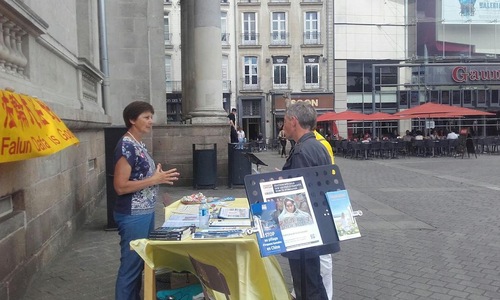 Many people passed by the practitioners' downtown booth, which was located on a busy corner in the business district. Almost everyone who spoke with practitioners signed the petition to condemn the state-sanctioned forced organ harvesting taking place in China. 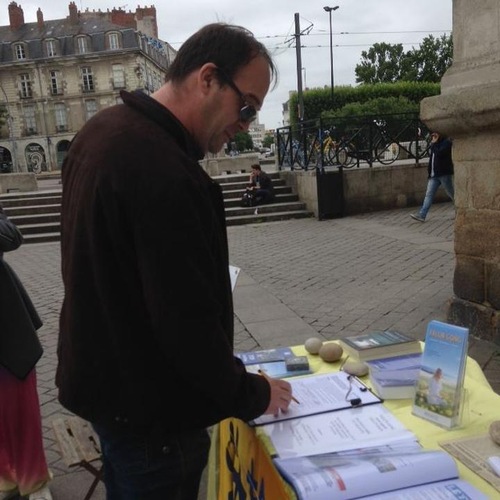 Thomas, a local physician, was saddened to learn about the forced organ harvesting in China. He signed the petition and encouraged practitioners to keep up the good work. 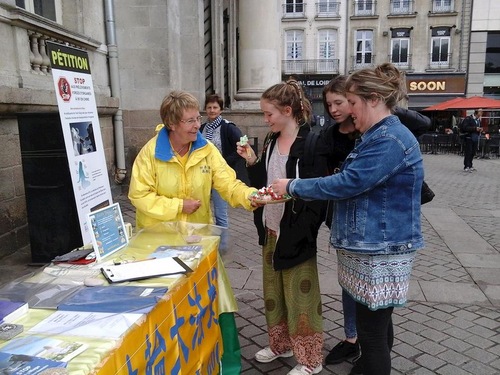 A mother and her daughters signed the petition and accepted paper lotus flowers from a practitioner.

Two students who had incorrect understandings about Falun Gong talked to practitioners for a long time. They were surprised to learn that the communist regime in China has fabricated many lies to slander Falun Gong. What they had believed about Falun Gong was actually untrue.

They studied the literature at the booth, and both of them said they wanted to learn the practice.

Sébastien, a local researcher, was pleased to have encountered Falun Gong. “This is what I've been looking for,” he exclaimed and asked for the contact information for the local exercise site. 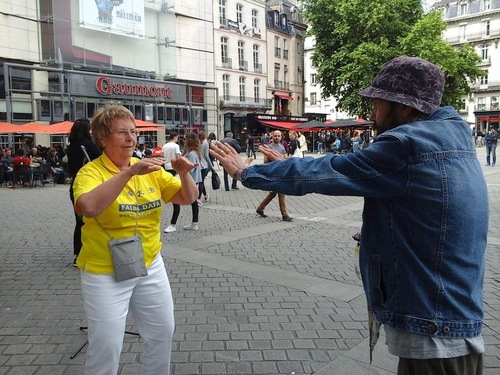 “From Unyielding to Experiencing the Joy of Thinking of Others”