(Minghui.org) For the 17th year, the Falun Dafa group was invited to participate in the Independence Day festivities in Philadelphia, Pennsylvania. About 50 practitioners played the waist drums in the 4th of July parade, the highlight of this week-long celebration in the birthplace of the Declaration of Independence.

Later in the day, practitioners joined other vendors on Franklin Parkway with exercise demonstrations, Chinese calligraphy, singing, and dancing. 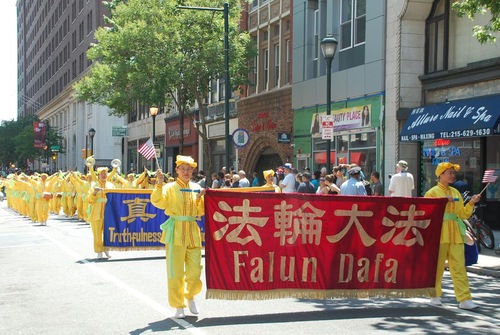 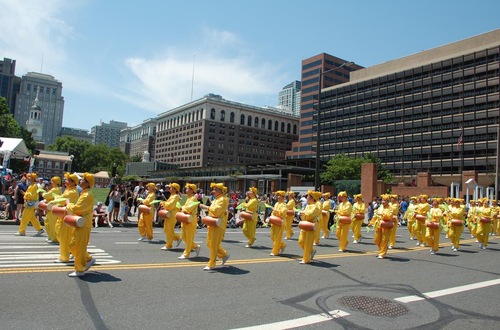 Waist drum performance by Falun Dafa practitioners in the Independence Day Parade on the 4th of July, 2017. 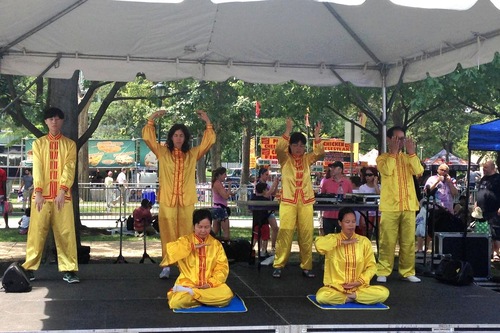 Exercise demonstration during the Independence Day events on Franklin Parkway

Local resident Erica Williams watched the Falun Dafa group's performances. She said she had a strong interest in Asian culture and wanted to know more about Falun Dafa. “I'm always looking for something natural to improve my health,” she said. “This [Falun Dafa] seems like it would be good for me.” 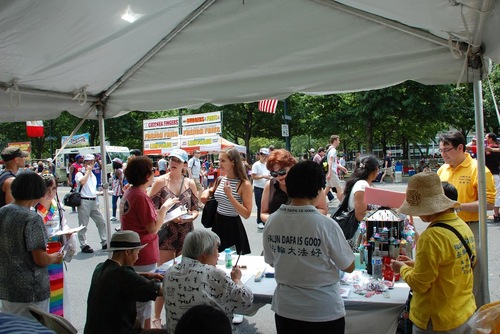 People stopped at the booth to learn about Falun Dafa.

When a woman named Ellie stopped to learn more, a practitioner told her how practitioners were being persecuted in China by the communist regime, including being imprisoned and killed for their organs.

“That is horrible. How could anyone do something like that?!” she said and took some materials to read. 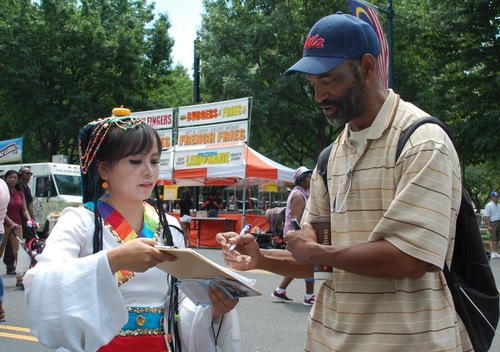 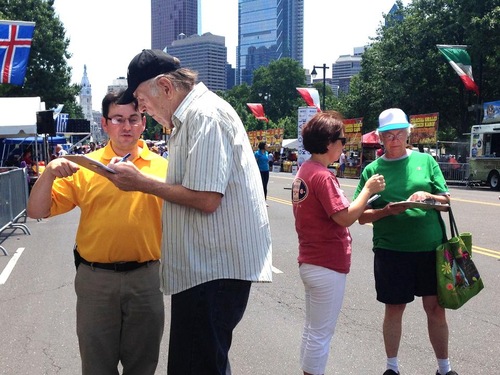 Passersby signed petitions to condemn the persecution of Falun Dafa in China.

Ms. Lewis and her husband signed petitions calling for an end to the suppression of Falun Dafa practitioners in China. “This is a crime against humanity and we have to stop it,” she said.

“Bittersweet Memories: My Mother-in-law and I Shared the Joy of Dafa Cultivation”