(Minghui.og) July 1 marked the 150th Canada Day Celebration. Falun Dafa practitioners were invited to take part in celebrations in multiple cities across the country. Below are reports about activities in four cities near Toronto (Mississauga, Stratford, Niagara Falls, and Scarborough) as well as Montreal.

“A Special Gift for Us”

To accommodate multiple requests for their participation, the Tian Guo Marching Band first attended the Port Credit Canada Day Parade in Mississauga, then traveled more than 100 kilometers for the Stratford Canada Day Parade at 7 p.m. that evening. Similarly, the waist drum group went to the Niagara Falls Parade at 11 a.m., then traveled about 150 km to take part in the Scarborough Parade. 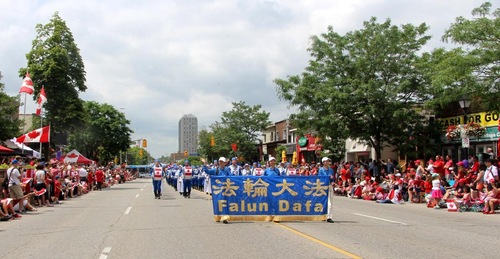 The Tian Guo Marching Band in the Port Credit Canada Day Parade in Mississauga on July 1, 2017. 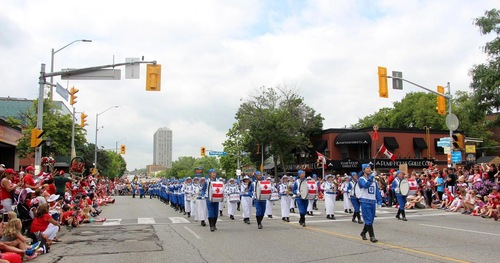 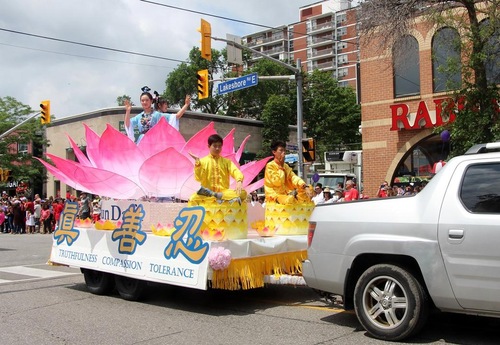 Dave, a coordinator for the Port Credit Canada Day Parade, said that the Tian Guo Marching Band is amazing. “We invite the band every year and are glad they could make it today.” He said that about 60 groups participated in this year's event and that the Tian Guo Marching Band was the largest group. He said the performance is always great and people enjoy it very much. “We hope the band will come again next year,” he added. 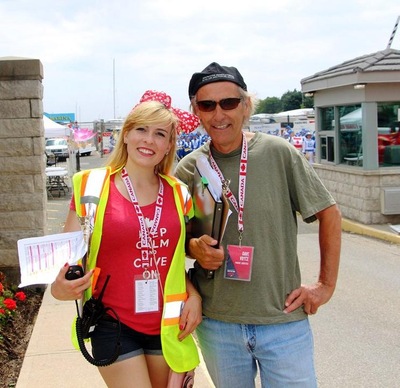 Dave and Melanie Williamson, two coordinators for the Port Credit Canada Day Parade, thanked the practitioners for their participation.

Another coordinator, Melanie Williamson agreed. “The group is peaceful and yet the energy is strong. Today is the 150th Canada Day and the band's positive energy is a special gift for us, ” she said. 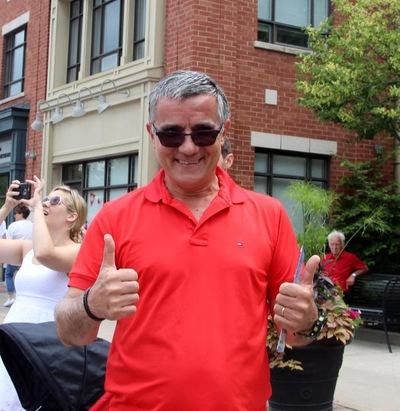 Paul Mallow gives the thumbs up for the practitioners' performance.

Paul Mallow took in the parade with his family. He said that he liked both the good coordination between band members as well as the exercise demonstration. “It really lifted our spirits!” Paul said he knows about the persecution in China. “I do not know why the group is suppressed in China based on their belief, but I know they have contributed a lot to the community and they are well liked here,” he commented. 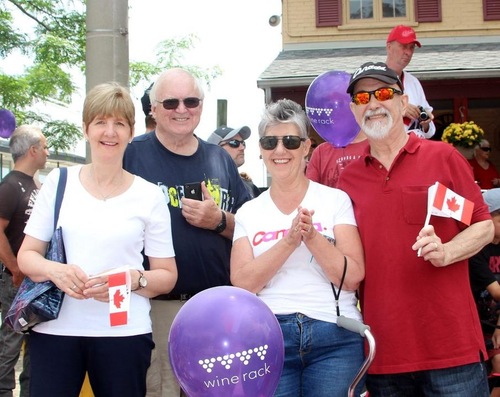 Kathy (second from right), Paul (first from right), and their family support practitioners for their efforts to raise awareness about the persecution in China.

Kathy, Paul, and their family watched the parade together. “The band is awesome because it is so big and has such great coordination. Plus it is very beautiful,” said Kathy. She also knows about the persecution in China and supports practitioners in their efforts to raise awareness about what is happening there.

Ms. Zhang, an immigrant from Beijing, works in an IT firm in Canada. “This is the first time for me to attend an event like this. You are the best group in the parade and I am so proud of that,” she said. She took some materials and said she would like to learn more about Falun Gong and the persecution. 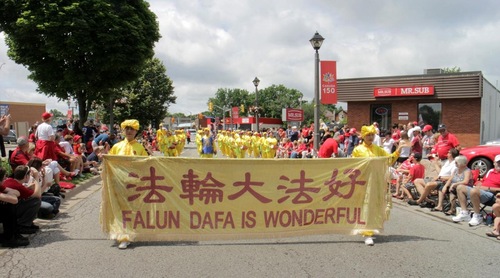 The waist drummers returned to Toronto and attended the Scarborough Parade in the afternoon.

More than 250 practitioners attended the Canada Day parade in Montreal, including the Tian Guo Marching Band, a flag team, and practitioners who demonstrated the exercises.

“It's a great band, of high quality and with excellent music. That is why we are glad to invite them here,” said event organizer Nick Cowen. “By listening to the music, you will know it is a group you want in such an event.” 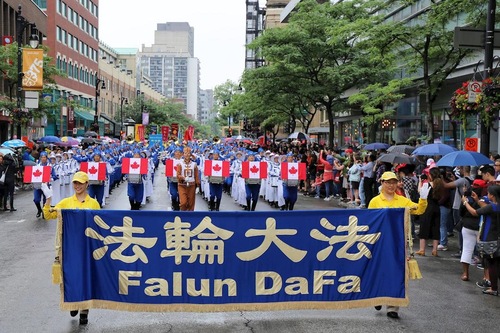 Over 250 Falun Gong practitioners attended the parade in Montreal on July 1, 2017.

Samson from New York said he had heard about the suppression in China. “I am glad to meet practitioners today and happy to celebrate this special occasion with them,” he added.

Montreal resident Saeidah said she was surprised by the skill of the Tian Guo Marching Band members. “They are very talented, with great training. The music is awesome. I like everything about the group,” she remarked.

Ms. Wang from Shanghai said that she was happy to meet Falun Gong practitioners. “Such great music matches the principles of Truthfulness-Compassion-Forbearance very well,” she said.

Mr. Yu, another immigrant from China, said he had seen Falun Gong practitioners in parades many times. “I know they are good people and I feel bad for the suppression in China,” he remarked.

He added that he enjoyed the music very much and sincerely wished practitioners well. “I am not a Falun Gong practitioner, but I really support this group,” he said.