Greece: Raising Awareness in Athens of the Persecution of Falun Gong

(Minghui.org) On July 20, 1999, an unreasonable and intolerable repression began in China – the persecution of Falun Gong, a traditional spiritual practice based on the principles of Truthfulness, Compassion, and Forbearance.

This July 20th, practitioners in Athens, Greece, gathered on the city’s central square to raise awareness of the persecution of Falun Gong, which has continued for 18 years. They also talked to people about the beauty of the practice and its health benefits. 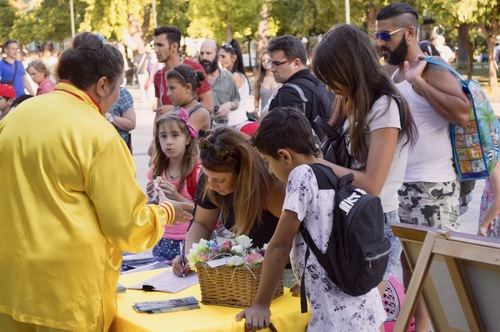 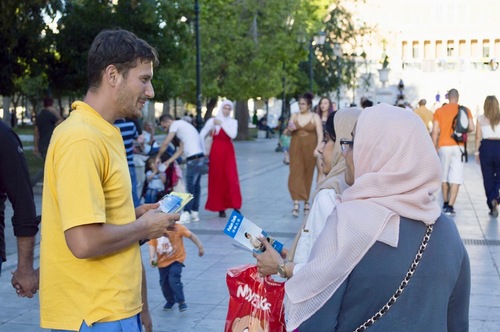 Athens is a popular tourist destination, and visitors of many different nationalities, including Greeks, learned about Falun Gong and the persecution during the event. 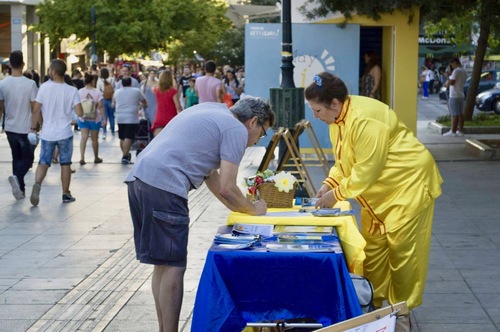 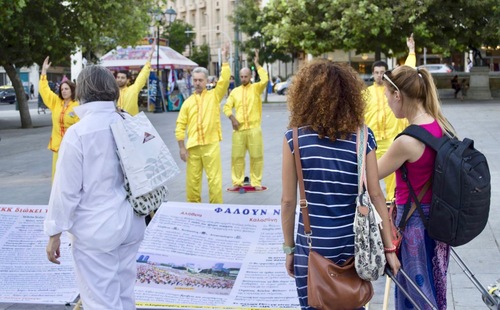 Several people from Spain were enthusiastic to learn about the Falun Gong exercises. When they heard that practitioners were being persecuted in China, they remarked, “The worst thing you can do to a human being is to take away his freedom, particularly his spiritual freedom. It is very sad that this is happening.” They signed a petition opposing the forced organ harvesting from imprisoned Falun Gong practitioners, which is being carried out by the Chinese regime.

Before leaving, they thanked the practitioners for the opportunity to learn about Falun Gong and the persecution.

An older Greek gentleman thanked the practitioners for their efforts to raise awareness and was interested in learning more about the practice.

“Three Stages in My Cultivation Journey”